Colleges in Colorado have the option of offering “guaranteed transfer” (GT) courses. Standards for these courses are set by statewide requirements called the “GT Pathways Requirements”. The idea is that students taking GT courses at, say, a community college, are getting the kind of quality education that students at the state’s major universities are receiving, so that they will be prepared for higher level courses if they move to a different school.

In 2014, the Colorado state legislature passed a bill that required revisions of the GT Pathways Requirements. Professors across the state, including at the Community College of Aurora (CCA), were instructed to implement the changes, and have been doing so over the past year or so.

Nathaniel Bork, an adjunct professor of philosophy at CCA for the past six years, says he “faithfully attempted to redesign” his sections of Philosophy 111, a course affected by the new requirements. Nonetheless, he still had concerns about these changes, and wrote a letter to Colorado’s Higher Learning Commission, the accrediting agency for CCA, critical of them. According to a letter from the American Association of University Professors (AAUP), shortly after he asked his “administrative superiors” to review the letter—and just a few weeks after the current semester began—he was fired.

What happened? The AAUP and the Colorado Department of Higher Education is investigating. The stated reason for his firing, according to Bork’s termination notice, is his failure to implement the curricular changes adequately. But perhaps his complaining about the new standards also played a role.

What were these curricular changes? In an article in the Aurora Sentinel, Bork is quoted as saying:

Bobby Pace, the chair to whom Bork reports, disagrees:

As a person who has overseen some of the implementation strategies in history and philosophy, we in no instance mandated specific individuals to be taught, (or) specific scholars to be mentioned or not mentioned… We really believe that we have allowed for the academic freedom of our instructors … to choose how they are going to implement this authentically in their own classrooms.

Meanwhile, the AAUP elaborates on Bork’s charges in a letter:

We are concerned about the issues of academic freedom that Mr. Bork’s case raises. We understand that the “curriculum redesign” of PH 111 that Mr. Bork was required to implement… entailed a 20 percent reduction in course content, a student “success rate” of 80%, a reduction in total writing assignments to 6-8 pages, a standard paper-grading rubric, and the use of small-group instruction every other class session.

In a press release the AAUP adds:

According to AAUP-recommended policies, when an administration dismisses a part-time faculty member during a term of appointment, it will present adequate cause for doing so, and the faculty member will have the right to contest the dismissal in a hearing before faculty peers. This process is intended to discourage administrations from summarily dismissing part-time faculty members for impermissible reasons, especially those relating to their academic freedom. The AAUP holds that “dismissal will not be used to restrain faculty members in their exercise of academic freedom or other rights of American citizens.”

The AAUP is sending investigators to the CCA campus to “examine the facts of the case to determine whether widely accepted principles of academic freedom, necessary for educational quality, have been violated.” 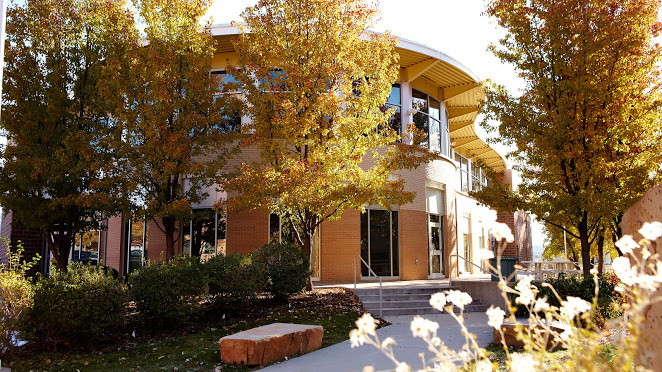 I’m honored to know Nate and am glad he is standing up for academic freedom and for adjunct faculty. He is a great asset to higher ed. in Colorado. He has already done a lot to improve conditions for adjuncts. Although he’s a wonderful and much-needed teacher, I hope he goes into politics.Report

These seem like troubling developments. The idea that we must make college classes easier so as to guarantee an 80% passing rate strikes me as bizarre. I hope that standard is clarified somewhere in a way that makes sense. I mean, suppose that 50% of your students don’t do any work or turn anything in. Do you have to adjust the expectations so that the top 80% of students still pass the class?

Also, I’m not sure that lowering our standards will really lead to desirable results.Report