The Johns Hopkins University Humanities Center, which counts several philosophers among its core and associated faculty, puts on philosophical programs, and describes its members as sharing “a commitment to philosophical questions,” is under threat of closure.

The decision appears to be in the hands of Dean Beverly Wendland. Members of the Humanities Center, on a website created to support it, explain what’s going on:

The Dean builds her case against the Humanities Center based on factually inaccurate and deliberately misrepresented information. The criticism runs a perplexing gamut: in one moment, we are too interdisciplinary in our reach, and in another, not interdisciplinary enough. The Dean claims that the Humanities Center excludes faculty from other departments despite our thirteen joint appointments and numerous collaborations in conferences, lectures, and seminars. We do not, per her account, sufficiently engage with undergraduates. But in fact, we offer a wide range of seminars, administer The Honors Program in the Humanities, participate in new interdisciplinary majors, and have been attempting for several years to establish our own major, an effort the administration recently stifled. It is even more dubious that the Dean bases her position on our two recent reviews, both of which urged the administration to support the department and attested to the department’s vitality and integral role in the Hopkins community.

It is clear that the attempted elimination of the Humanities Center is part of a broader administrative plan to weaken departmental autonomy and to reduce the graduate student population, building on former Dean Newman’s ambitions to transform Hopkins into a profit-driven institution.

You can click around at the site to see reviews of the center and other supporting materials.

There is also a petition to support the Center that over 2,300 people have already signed.

UPDATE (10/26/16): An anonymous correspondent pointed out that Johns Hopkins does have a new humanities center, The Alexander Grass Humanities Institute. It is not clear what relationship its creation bears to the proposed closure of the JHU Humanities Center. UPDATE 2: See this comment for further details on this.

Arash Abazari, a doctoral candidate in philosophy at Johns Hopkins, has written an essay about the closure and the trends leading to it, which is posted below.

The Encroachment of Administration over Education: this time at Johns Hopkins University
by Arash Abazari

The administration of the Johns Hopkins University is “considering” closing down its well-renowned Humanities Center.

The fact that administration is becoming more and more autonomous is clearly related to the change in the identity of the universities. Previously, the primary concern of the universities was to promote research and education. Now, the primary concern is to make money, or to put it euphemistically, to “grow” economically. Research and education are still of course needed, but only insofar as they can bring money into the universities. In order to make the universities “competitive” in the market of education, a new kind of administration is needed: one that is intent on re-structuring university to maximize money making. Those departments that are not economically sustainable must shrink or go away, and those departments that can absorb money must grow.

In this situation, it is clear that the departments in the humanities suffer the most. Once the value of the humanities was clear to everyone: Nobody in the universities was asking, why we need to study Shakespeare, or Hegel, or Augustine. It was assumed, without question, that culture has value in its own right, that studying culture is necessary for a society. Now, the trend has changed: the humanities departments must justify what kind of contribution they make to the university and to society, why they are not luxury, and why they even exist, or have existed, in the first place. It is now frequent news that one university is closing down its philosophy department, the other is closing down its history of art department, and the third is merging philosophy into the history of art.

The trend, however, was more limited to smaller universities. The larger, wealthier, more “prestigious” universities still valued humanities. It was a part of their “prestige” that they should value humanities. The administration wanted to preserve this prestige, since exactly this prestige was making them competitive in the market. However, the trend is so virulent that even those prestigious universities are giving in—the prestige, after all, should not be so costly. The most recent example of the restructuring of the humanities in a major university is the Johns Hopkins University, which is now “considering” closing down its world-renowned interdisciplinary department in the humanities, the Humanities Center, effective July 2017.

In light of facts about the function of the Humanities Center, such “consideration” seems most preposterous. The university periodically conducts external reviews to evaluate how well the departments are doing. The most recent ones in 2012 and 2014 were unequivocally positive. (In an act of defiance to the administration, the Humanities Center has recently published these reviews online). The decision seems even more absurd, as in the current academic fashion interdisciplinarity has become a magical word. Why does the university want to eliminate the Humanities Center, which was founded fifty years ago, exactly to promote interdisciplinary education and research, at the time that interdisciplinarity was not even part of the game? It seems that the immediate occasion for eliminating the Humanities Center was the retirement of two of its senior faculty members. Instead of opening new lines for hiring, the administration is exploiting the opportunity to get rid of the Humanities Center altogether—a very effective procedure indeed, reminiscent of the recent economic “surgeries” done according to the neo-liberal creed. Remember, by way of not quite an appropriate analogy, that in the wake of Hurricane Katrina in New Orleans, which destroyed some public housing, the state used the occasion to close down the public housing project in the city in general. (See Naomi Klein’s The Shock Doctrine.)

Of course, the prestigious universities cannot officially recourse to financial reasons to kill a department in its entirety. However, there is no doubt that the current business-inspired paradigm of administration throughout the US provides a most favorable ambience for such “surgical” decisions. True to the modus operandi of this new paradigm, the Johns Hopkins administration’s “consideration” for “surgery” is secretly made: the reasons are not publicly announced, or even clearly articulated.

Regardless of the reason—and assuming that there is indeed a reason—the very fact that the administration is even considering closing down a well-functioning, flourishing department is an alarming sign. The university administration should do its work: its work is to facilitate the process of research and education that is already done by the departments. The administration should not be at any rate in a position to be able to annihilate departments. The fate of an extremely successful department, with a tradition of more than fifty years, should not be upon the arbitrary decision of few temporary administrators in a process that is not transparent to the public.  Of course, the elimination of the Humanities Center is a great loss in its own right. But the extent of this loss is far wider than the loss of the unique intellectual milieu that it provides. Resistance to closing down of the Humanities Center is the resistance to the encroachment of administration over culture and education, not only at Johns Hopkins, but also all over the country. 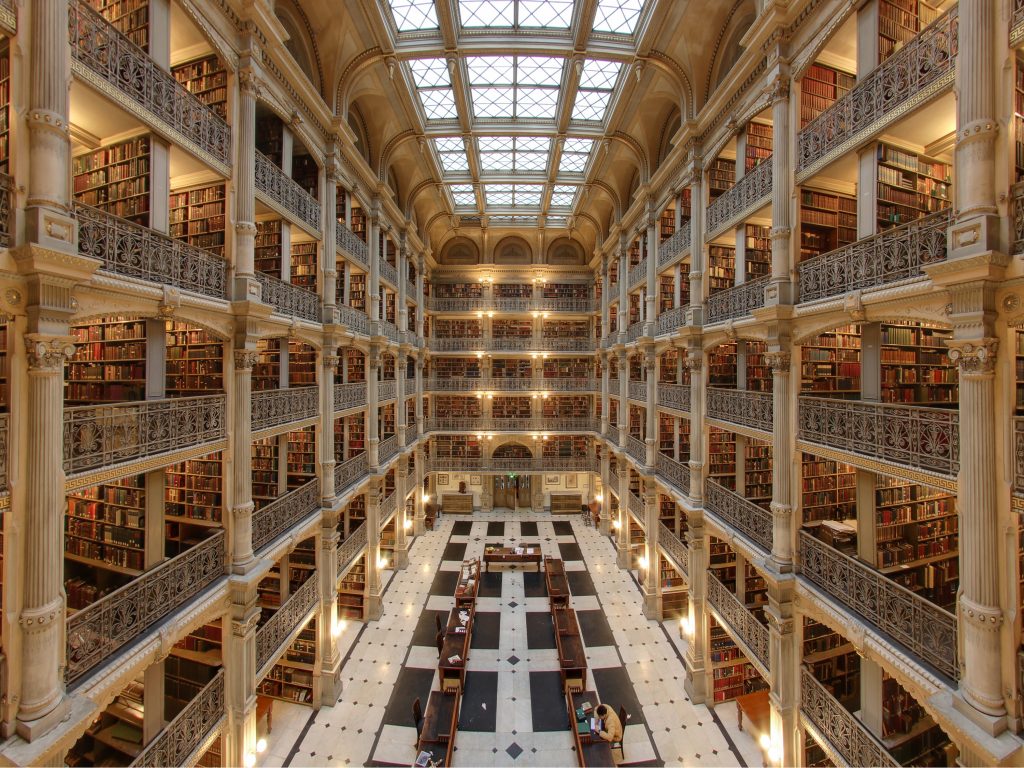 Note that the Humanities Center at JHU is a PhD-granting academic department, not an administrative unit the way entities with similar names are at other university, e.g. the Mahindra Humanities Center at Harvard or the Heyman Center for the Humanities at Columbia. I fear this point could be lost in describing it as a place that “puts on philosophical programs,” which is more apt for these other places.Report

On that note, the administration is attempting to shut down a department that contains students who have not finished their degrees. This shows a very reproachable disregard for their futures and livelihoods.Report

The Grass Humanities Institute is a traditional humanities center in the model of the ones at Harvard and Columbia that I mentioned in an earlier comment. It’s clear that what’s happening here is the big money behind this administrative unit is motivating the effort to close the departmental unit since it can cover some of what the departmental unit does while other humanities departments can supposedly cover the rest. (I’ll note that, though I’m not happy about what’s happening to the Center, I do find this argument somewhat persuasive.) If you look at the some of the reports at the website, you’ll see that the detractors of the department make a big deal out of the supposed confusion that would result from having two entities with similar names, as would be the case with the Humanities Institute and the Humanities Center. That said, even the overall sympathetic outside review of the department (written, inter alia, by philosophers Gideon Rosen and Akeel Bilgrami) makes a bit of an issue about this. I think the fact that the burden is being put on the Humanities Center (department) here, which long predates the institute, and not the new Institute (administrative) is evidence that the Grass money is doing the bidding.Report