Running a news and discussion site for professional philosophers involves, among other things, making judgments about what is and what is not newsworthy.

That a story is newsworthy is not to say that a post about it will appear at Daily Nous, for there may be countervailing considerations that provide reasons not to post about it, or there might be circumstances which interfere with me posting it (e.g., not having the opportunity to do so in a timely fashion).

When a keynote lecture at a large philosophy conference that includes several well-known members of the profession is so controversial that the conference organizers consider what ought to be done about it, I consider that newsworthy.

That is why, when I heard about Michael Rea’s announcement in the wake of Richard Swinburne’s remarks on gays and lesbians at the 2016 Midwest Society for Christian Philosophers meeting, I thought it was newsworthy.

By that time, I was already aware of the controversy regarding Tommie Shelby’s keynote address at the 2016 Society for Analytic Feminism Conference, and that the organizers were considering what ought to be done in response to it. It, too, was similarly newsworthy.

That there were two such recent events amplified their newsworthiness. That the two events were what I ended up dubbing “resonance conferences” (which was not at all intended as a slight) was interesting to me. That they were resonance conferences that centered around ideas that historically (but not necessarily, and not as much recently) have been thought to be in conflict (Christianity and feminism) made the combination even more interesting. That the controversies concerned offensive or harmful speech, which is a very hot topic in academia right now, also spoke in favor of their newsworthiness. These thoughts, plus considerations of fairness, led me to the decision to write about both events in the post, “A Tale of Two Conferences.”

I knew that in posting about the SCP and the SAF I would be exposing these organizations to tiresome and frustrating comments and questioning that feed a narrative about political correctness in academia that I reject. This is especially the case for the SAF, first, because unlike the SCP event, the story about the SAF had not yet been in the broader public’s eye, and second, because sexism produces a tendency to discount the veracity of women’s testimony (the overwhelming majority of SAF conference attendees are women). Further, I was aware that some of those associated with these groups are my friends, and that they would be bothered by the publicization of these events. Still, I didn’t think these concerns generated the right kind of reasons to adjust my view about newsworthiness.

People have asked why I posted about these events, especially the SAF. “What were you thinking?” I’ve been asked. Now you know. I stand by my decision.

That said, I did a poor job of reporting on the SAF. I take my errors to be of two kinds. First, I underdescribed the event in a way that was misleading and contributed to readers drawing erroneous conclusions about it. Second, I did not contact the SAF leadership asking for comment prior to posting; that was disrespectful (in part this was owed to the timing of the post, but it was still an error).

I apologize to the SAF officers and members and attendees of the SAF conference for these errors of mine. These errors contributed to provoking unduly negative assessments of the SAF in comments here and elsewhere online, and I am sorry for that.

The organizers of the SAF conference were faced with a difficult situation (as were the leaders of the SCP). It is easy for third parties, unburdened by both knowledge of the relevant details and responsibilities to the involved parties, to second-guess and criticize their decisions. The confidence with which some critics have pronounced on these events—even critics whose own behavior undermines their authority to pronounce on what is appropriate, or critics who consider themselves savvy discerners of cognitive biases—would be hilarious if it were not so damn dispiriting. Fortunately, the actual damage such critics can do to the SAF is negligible.

Once again, let me reiterate that I am sorry for how I reported on this event. Daily Nous is not a newspaper like The New York Times, but I do aim for it to be a news source for the philosophy profession. It is an informal journalistic enterprise and as such it is not always clear to me which journalistic norms apply, but certainly I could have done a better job in this case. I thank those who have criticized my actions for prompting me to think more carefully about these matters and, I hope, improve. 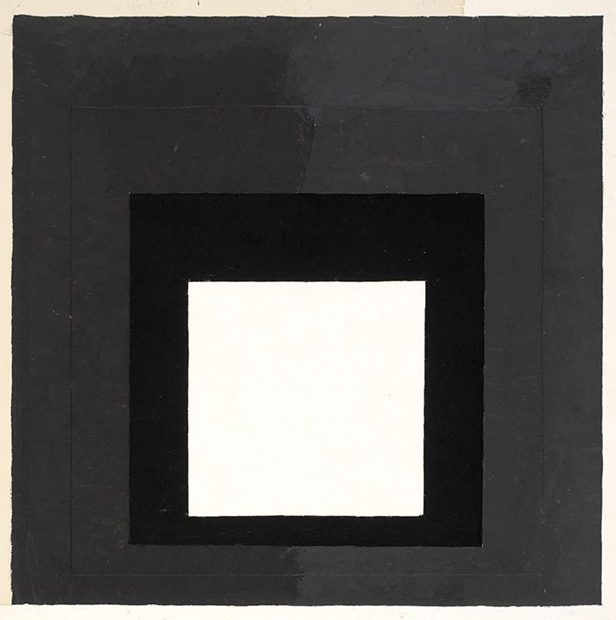 Josef Albers, Color Study for Homage to the Square