The president of a university philosophy club writes in seeking advice on how to attract new students at the activities fair to their table. One idea they’re keen on is to have laptops out with various philosophy-related games or other interactive sites running.  He mentions Moral Machines, Cleverbot, Philosophy Experiments, and Information Is Beautiful’s ‘What Is Consciousness’ as possibilities and are looking for similar sites and resources. Suggestions—either along those lines or for other means of “philosophy barking”—welcome 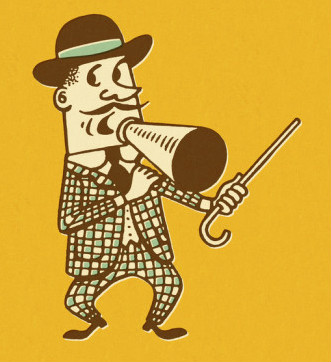 My department did an “Ask me Anything” booth for our Week of Welcome. A particularly handy colleague constructed a booth facade of the sort familiar from the Peanuts series, and painted it according to our school’s color scheme; then we staffed it with one to two faculty(rotating out every hour) and waited. Over four hours, we had maybe only 5-10 minutes down time. Just today, over a month later, a student I chatted with during my shift stopped by to say hello. I imagine staffing the booth with interested students would work just as well (if not better). Expect the puzzler questions, though: “what’s the meaning of life?” and “could God create a boulder so heavy as to be unliftable?” came up multiple times.

Oh, also, we had little flyers available as take-aways. Some took them, some didn’t.Report

Free stuff! When I was president of my undergrad philosophy club, we gave department tshirts to students who visited our table at activity fairs. (It was great, since even if we never saw those students at club meetings, we’d see them wearing the shirts around campus, and who doesn’t love free publicity?). Obviously, though, not every philosophy department has tshirts just lying around, so my general advice is just to have something available that people can take home with them. (Candy works well here.)

Philosophy “barking,” though, has its limits. When most students attending these activity fairs show absolutely zero interest in philosophy (or, *worse*, in doing philosophy in their free time), it kind of feels like shouting into the void. We found that class visits—where, having arranged with the faculty member beforehand, we told students about who we were and what we did—were significantly more effective in bringing new people in. This was especially true for honors and mid-level philosophy courses, in which almost everyone enrolled was already more or less “into” the subject, and so more likely to be interested in our club. Plus, the visits helped reinforce in students the idea that we were a student organization, made up of their peers, rather than just a boring extension of their philosophy lectures. (Candy works well here too).

You can make a set for the Monty Hall problem. If you make it a decent size and brightly colored, students will be pulled over by it, and it’s a fun problem to talk through without needing to give them a bunch of background.Report