In an entertaining and interesting interview, Barbara Gail Montero, associate professor of philosophy at CUNY and former professional ballet dancer, discusses, among other things, the role of conscious thought in the activities of experts. On one view (notably advanced by Hubert Dreyfuss  [see update below] ), experts get into the “flow” and act in a “nonminded” way: “in such situations experts perform their actions neither deliberately nor intentionally; their minds are not guiding their movements.”

My concern is exclusively with what you might think of as professional level expertise: the professional athlete, performing artists, chess player, writer. McDowell and Dreyfus are concerned with a broader swath of skilled activities, which include our quotidian actions of opening doors, commuting to work, climbing stairs and so forth. In my research, I don’t address such activities, so I don’t dispute what McDowell and Dreyfus say about them. However, I do disagree with both of them regarding professional level actions. I think that the type of high level of expertise demonstrated by professional athletes, performing artists, grandmaster chess players and other individuals is (generally) infused with conscious concepts. This is not to say, of course, that every aspect of expert action is conscious—it’s not permeated with consciousness. When athletes consciously focus on one aspect of their movement, other aspects run offline. But I do think that the conscious mind in expert action is typically directed at some aspect or aspects of skill. This might be a high-level aspect, such as speed, or low-level, such as hip rotation.

The actions involved with philosophical expertise don’t come up in the interview, unfortunately.

Interviewer Richard Marshall, who conducts an impressive number of high quality interviews across a wide range of philosophical topics at 3:AM Magazine, asks why this idea of “flow” is so popular. “It can’t be because philosophers have told us its so, can it?” Montero says it can be, at least in part, gradually over time and sometimes even by mistake:

Why has it been so persuasive? You say it can’t be because philosophers have told us it is so. Now, come on Richard, give us a little credit! It can’t be entirely because of this, but philosophical views do seep into the broader public consciousness. Dreyfus’s work, for example, has been very influential, and I have seen citations to it in popular psychology books about skill. I’ve even been told that long distance truck drivers listen to his podcasts! So I think philosophical ideas can sometimes have a somewhat large impact. So part of the popularity of the idea that expert action is effortless and automatic might very well be due to the fact that “philosophers have told us that it is so.”

Of course, the seeping of philosophical ideas into public consciousness sometimes works like a game of telephone. For example, ancient Zen ideas about skill seeped into public discourse in part through Eugen Herrigel’s interpretation of Zen in Zen in the Art of Archery. Do you know the book? In it, Herrigel describes the best actions of the archer as not even being done by the archer himself: it shoots, not the archer. Herrigel presented the book as an illustration of ancient Zen philosophical ideas about skill. Yet according to the Japanese religious studies scholar Yamada Shoji, these views have been misinterpreted. In a book entitled The Myth of Zen in the Art of Archery, Shoji points out that Herrigel did not speak Japanese himself, and the highly influential and crucial idea that it is not the archer who shoots the arrow but rather, “it shoots,”—a phrase which does not appear in the first draft of the book—was supposedly conveyed to Herrigel when his translator was out sick. Why did he come up with this idea? One possibility Shoji broaches is it simply might have been a mistranslation of “that’s it.”

One last excerpt, on a popular philosophical example:

[P]hilosophers are fond of citing the example of chicken sexers who are able to identify the sex of a chick without having any understanding of how they do this. How could this be if, as I claim, expertise typically involves conscious thought? Finding a chicken sexer to talk to about this was much more difficult than I had thought it might be. They are deathly afraid of being exposed for animal rights abuses. However, I did get a chance to speak with a retired poultry sexer, and he was shocked to hear about the philosopher’s take on this issue. And as for the idea that one also hears philosophers mention that the only way for someone to learn the skill is, not by instructions, but by watching an expert, I found detailed articles explaining in painstaking detail the intricate methods chicken sexers learn. In this way, I am thrown out of the armchair and into the world, which is both useful and unsettling. A deductive philosophical argument gives you a sense of completion whereas the search for evidence is never ending.

At first I thought we might all owe Montero a big thank you for helping reduce the number of times we will have to read or think about chicken sexing, but then I realized, of course, that it will surely become the go-to example of the pernicious philosophical habit of armchairing the empirical.

Anyway, lots to think and talk about in this interview, right? And I didn’t even get to the part where she discusses sexual performance (in humans; not chickens). The whole thing is here.

UPDATE:  In the first paragraph of this post I erred in attributing the mentioned view to McDowell. Professor Montero wrote to me: “What I say in the quote refers only to Dreyfus’s view, not to McDowell’s: ‘What Dreyfus means by this is that in such situations experts. . . ‘ Also, it is only Dreyfus that sees experts as acting in a nonminded way.  Where they agree, however, is that experts (in certain endeavors such as lightning chess) do not deliberate consciously or explicitly.  There is a lot of mind in there for McDowell, it’s just that it’s implicit.” My apologies for the inaccuracy. 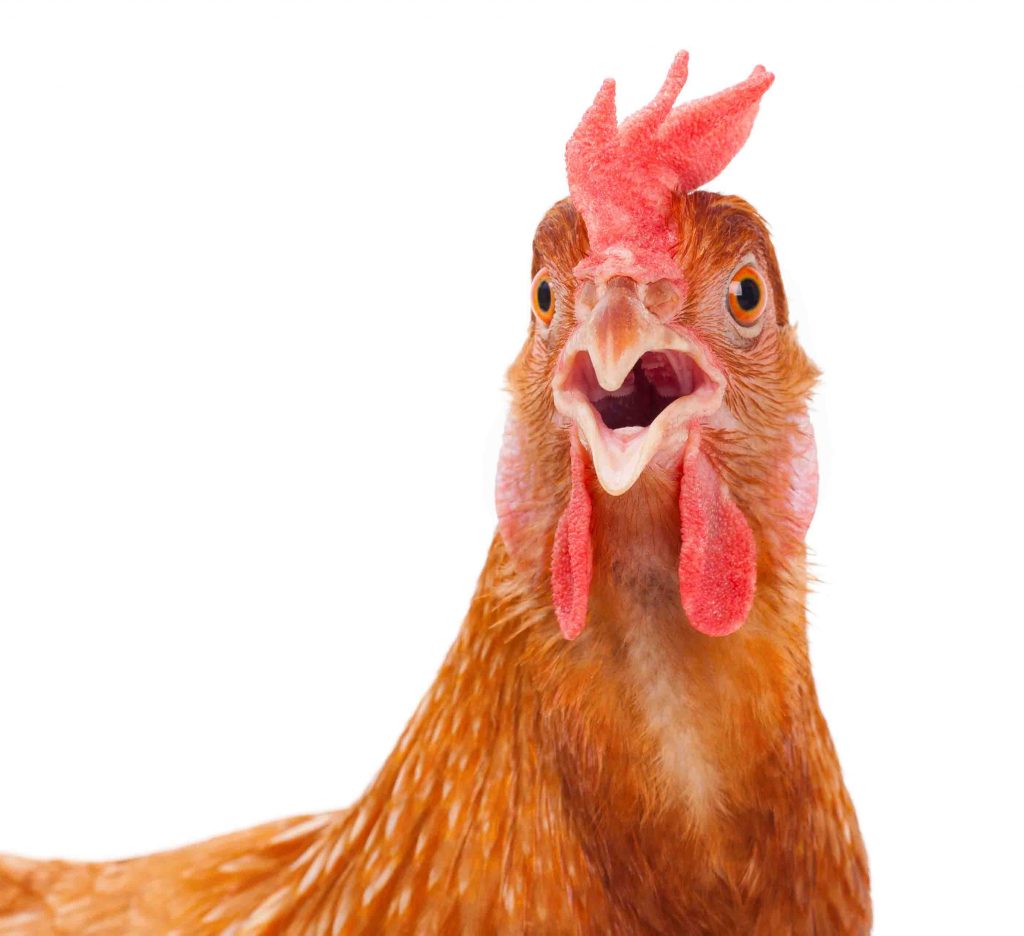 “In this way, I am thrown out of the armchair and into the world, which is both useful and unsettling. A deductive philosophical argument gives you a sense of completion whereas the search for evidence is never ending.”

and it is very cool to bring life experience to philosophy…

but I am a Dreyfus fan. Importantly, I think there is a difference between doing something effortlessly and doing it unconsciously. I take it that effort is normally aligned with will, but the absence of will and effort need not entail the absence of consciousness. So the presence of awareness during expertise (as in the chess case) is not enough here–we would need to show that it is the source of expertise. (I have work on this for those interested: a recent JAPA paper and some stuff under review/contract.)Report

that seems right and of course there may be just moments (perhaps when the unexpected/puzzling arises, akin to Heidegger on tool-break-downs or Dewey on failed habits, or as Bert might prefer moments of some pleasurable surprise/discovery or just exceeding one’s usual capacities and expectations) that call for reflection in any process, plus some experts may also have the additional skill of being able to give accounts in response to questions about why they did something (and not be giving voice to some otherwise non-conscious process), I think we all know some experts who can give explanations or instructions relating to their expertise and others who cannot (which raises some interesting questions about who should get professional teaching positions) are there open-access copies of your papers available?
thanks, dirkReport

Good points. I take the true flow state (what I call conscious entrainment) to be rare. My JAPA article is open access (http://dx.doi.org/10.1017/apa.2014.14) and I am presenting part of my more recent work at the PSA and Eastern APA meetings this year (https://www.dropbox.com/s/n1z9rf64hvsb1q3/APASubmission16name.pdf?dl=0), with a poster version that might be more digestible (from the ASSC: http://faculty.ucmerced.edu/cjennings3/assc.pdf). It is an ongoing project and I welcome feedback, article suggestions, etc!Report

I guess it would matter what “true’ flow is (goes beyond say expert driving or surgery or such) but I think the more common phenomena/doings ( I asked Mihaly about possible relations between his work and Dewey on habits and he said that he takes it in such a fundamental way that he didn’t think to make it explicit) are enough of an Occam’s razor when it comes to assertions about non-conscious conceptualization and the like. thanks much for the links afraid I’m outside of academic circles these days but will try and follow the developments of yer work as I can and would be glad to share any feedback that might be useful.Report

Isn’t this mistaken about McDowell’s view? I took him to *disagree* with Dreyfus about the role of mindedness and concepts in action. Dreyfus’ position (as I understand it) is indeed that “experts get into the ‘flow’ and act in a ‘nonminded’ way”. But McDowelll, as I understand him, does not think this. McDowell’s disagreement has its root in his rejection of the idea that being ‘in the flow’ and one’s actions being “infused with conscious concepts” are opposed. McDowell agrees that ‘being in the flow’ is (sometimes) a good description of certain kinds of activity, but nonetheless thinks that this sort of action is still conceptual ‘all the way out’.Report

This is just what I thought, too! Anyone else?Report

The mistake was mine. See the update to the post.Report

Biederman and Shiffrar describe an expert this way (trigger warning: a bit gruesome):

The chicks, only a few hours old, are brought to the sexer in trays of 100. The task requires that the cloaca be everted. The chick is held in the left hand (for a right-handed person) and the fecal contents are squirted into a container to clear the cloaca. Gentle but firm pressure from the two thumbs and right forefinger are exerted to spread the ventral surface of the cloaca upwards to expose the eminence, called the “bead.” The eminence is about the size of a pin head. The sexing decision must be made quickly because the chick is at risk from the
vent eversion. Females are traditionally placed in a tray on the right and males on the left. Mr. Carlson [a retired chicken sexer] worked quickly and steadily, spending approximately .5 s actually looking at each eminence under magnification and a bright 200-W bulb. [The bead has a different shape in males and females.]

It’s not that Mr Carlson doesn’t know what he is doing. The point is rather that by what Eleanor Gibson called “perceptual learning,” his perceptual performance has reached the point of expertise at which he can circumvent explicit thought about it. Is his performance “non-minded?” I would think so.Report

The discussion on Philosophers' Cocoon includes information about the geographical location of the jobs: https://philosopherscocoon.typepad.com/blog/2021/04/where-the-tt-jobs-werent-in-2020-21.html#comments. As I understand it, all jobs that are posted on […]

There's an obit in the Frankfurter Allgemeine Zeitung. It wasn't very good, but it's remarkable that it happened: https://www.faz.net/aktuell/feuilleton/was-das-argument-des-philosophen-gettier-besonders-macht-17293510.html

My education is in engineering rather than philosophy, so I'm probably coming at this from the science side, but my feeling is: although jargon might […]

Thanks! May God rest his soul!

Thanks for the clarification!

But for it to be warranted (if it is) is for there to be something that matters.

I don't know if this is warranted, but it doesn't really matter if I do.

Right, yeah. I think I see what you mean. I realize I'm making a few assumptions here, but I think I can stand by them. One […]

But epistemology is value theory!

Where to find these European job adverts?

Agreed. And a lot of them don't strictly correspond to the tenure-track designation since, e.g., here in in Germany we (somewhat unfortunately) don't operate on […]