Two sources of information appear to present slightly different figures regarding the number of job openings advertised in philosophy through the American Philosophical Association (APA) and PhilJobs—that is, through PhilJobs: Jobs for Philosophers—in recent years. (See update)

According to data presented by the American Academy of Arts & Sciences (via Robert Townsend), the number of job openings advertised through the APA and PhilJobs in 2014 increased by roughly 20% over the prior year, to around 600. This is still down from a high in 2007 of nearly 1300, and a figure of around 900 in 2004: 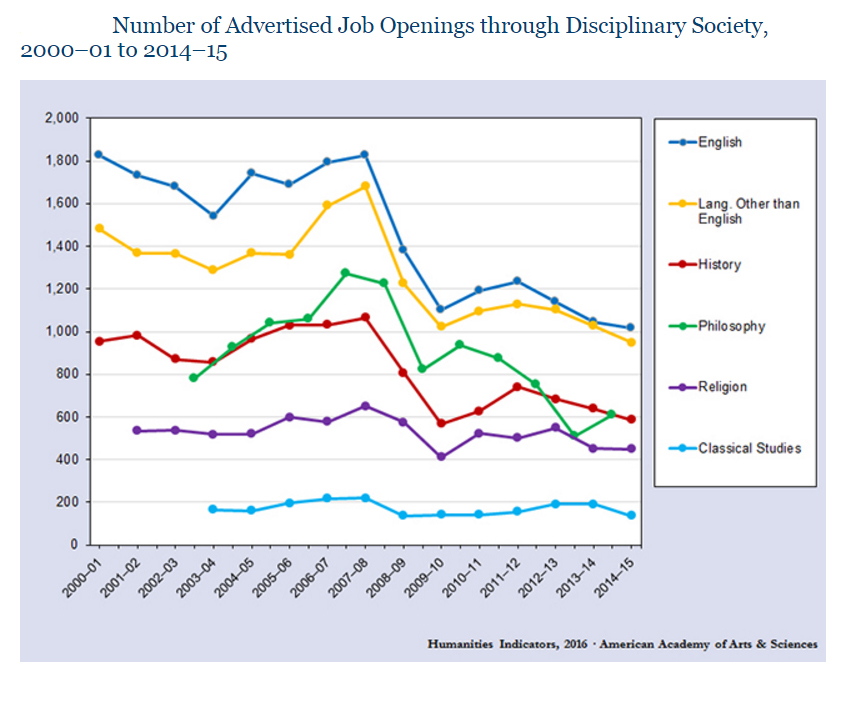 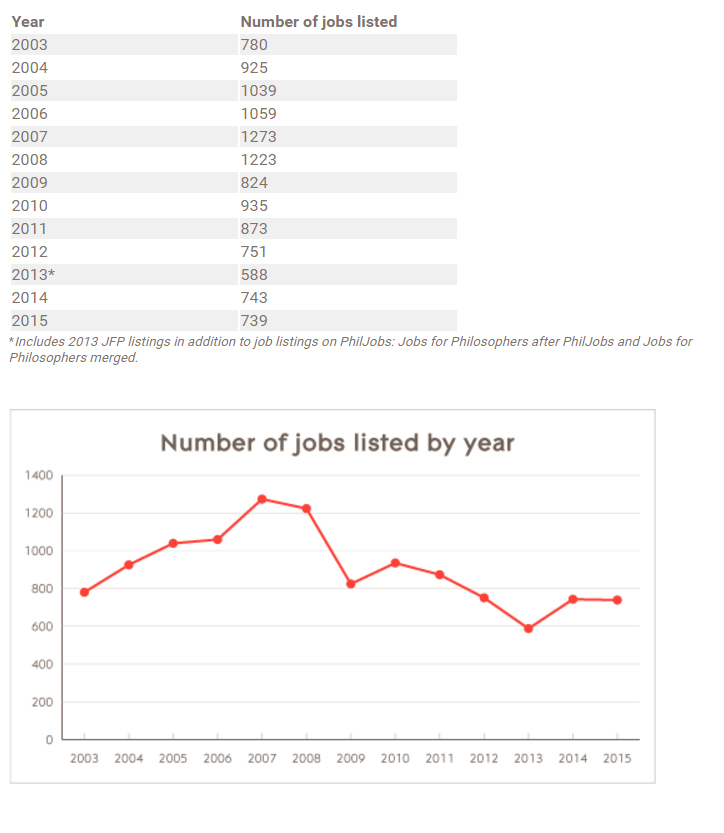 I’m not sure what the explanation for the disparity is.

In related news, the American Academy of Arts & Sciences also reports that there has been a slow and steady increase in the number of faculty employed in “philosophy and religion” (a joint category used by the U.S. Department of Labor), from around 13,000 in 1999 to around 24,000 in 2015: 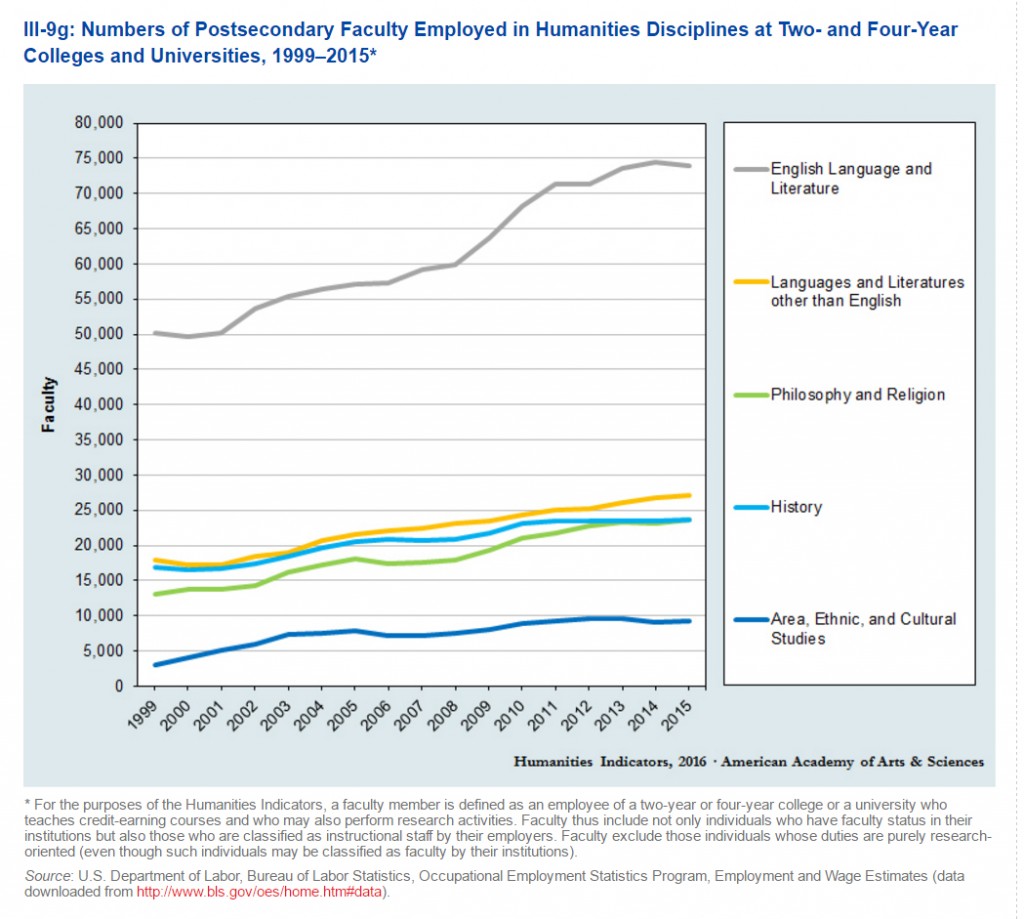 UPDATE: In a comment below, Robert Townsend explains the initial discrepancy, which has now been fixed.

Thanks for pointing to the updated information at APA. Clearly I should have checked again before posting our report, given the difference in timing for the philosophy data (as all the others societies report earlier and by academic year). I have now brought the data in line, and revised the image and analysis accordingly. With the slight decline for philosophy in the most recent year, all five of the reporting disciplines suffered a decrease in advertised jobs.Report

Justin, regarding the AAAS comment about “slow and steady increase in the number of faculty employed in “philosophy and religion” (a joint category used by the U.S. Department of Labor), from around 13,000 in 1999 to around 24,000 in 2015,” I see that the upward curve correlates remarkably well with the casualization of the postsecondary labor force, especially in the Humanities. Am I correct to infer that the upward curve is possibly due to the sheer number of part-time and contingent precarious employees, each being counted singly?Report

Hi Kate. The answer to your question is yes. Here is the “fine print” on the data:

“For the purposes of the Humanities Indicators, a faculty member is defined as an employee of a two-year or four-year college or a university who teaches credit-earning courses and who may also perform research activities. Faculty thus include not only individuals who have faculty status in their institutions but also those who are classified as instructional staff by their employers. Faculty exclude those individuals whose duties are purely research-oriented (even though such individuals may be classified as faculty by their institutions).”Report

Following up on Kate Norlock’s question, I wonder if there are any reputable sources regarding the number of *tenure track* jobs in philosophy per year. Further, I think it would be very appropriate for the APA keep more detailed numbers, since I would think the nature of the employment opportunities of people in profession is obviously quite important. This information could be gathered automatically through the philjobs site.

I’ve kept a pretty close eye on the US job market since 2010, and I’d be surprised to learn that much more than 1/3 of the jobs listed in the totals from the APA chart above were tenure track positions.I think it’s rather been something more like 200-250 tenure track jobs per year, with the balance made up of postdocs, VAPs, and other contingent positions. (Dec 31, 2013 I think I had counted something like 115 TT jobs; more came in the Spring, perhaps enough to bring the total close to 200.)Report