You can read about the special issue here.

On a hunch, I checked out the editorial policies of Philosophies. Of course, no double-blind review:

Once a manuscript passes the initial checks, it will be assigned to at least two independent experts for peer-review. A single-blind review is applied, where authors’ identities are known to reviewers. Peer review comments are confidential and will only be disclosed with the express agreement of the reviewer… In the case of a special issue, the Guest Editor will advise in the selection of reviewers. Potential reviewers suggested by the authors may also be considered.

I couldn’t find any information about how Philosophies selects guest editors for its special issues. Maybe it is too politically correct to wonder whether a special issue on political correctness should be edited by someone whose research is in or relevant to political correctness, but I am curious how Beziau, whose work is mainly in logic, got the gig. It probably had nothing to do with the fact that he is on the editorial board of the journal. 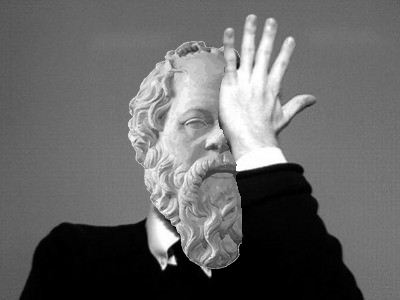 You don’t think he could’ve got the gig because of his relevant experience of being witch-hunted by an online mob of PC enforcers who have made whole careers out of imagining sexism where none is present?Report

profman
Reply to  Diogenes of Sinope

Count professors as among the PC enforcers. Probably the same answer given when someone asks about the plausibility of any alternative or unpopular view.Report

Oh, come now Diogenes, surely you know the appropriate language would be “witch and/or warlock-hunted.”Report

JT
Reply to  Diogenes of Sinope

Is the idea that because (let’s suppose) he had been a victim of ‘PC enforcers’ he is now a *philosophical expert* on the phenomenon of ‘political correctness’ (whatever that is) simply in virtue of his experience as a victim? So, I guess, by parity of reasoning, anyone who’s been a victim of bullying more generally would be a *philosophical expert* on bullies? You’re funny.Report

I can see why it was flagged. It’s very obnoxious and silly. The line “witch-hunted by an online mob of PC enforcers who have made whole careers out of imagining sexism where none is present” is ridiculous. Beziau was not “witch-hunted.” Rather, he was criticized for some really strange, gratuitous remarks on topics unrelated to the thesis of his paper, which drew attention to the quality of the paper and its editing, which in turn raised questions about a journal’s policies and more generally about the practice of having special issues of journals.

I also don’t know who has made “whole careers out of imagining sexism where none is present,” in part because I don’t see a lot of false accusations of sexism in philosophy—there’s some, I’d guess, but certainly not enough for anyone to have made a “whole career” out of. The thing is, he is not a trustworthy testifier on this topic. I suspect Diogenes wouldn’t know sexism if it put his hand on his thigh. But since he did not direct this insult at anyone in particular I’ll let it slide this time.

In general, I’m ok with erring on letting Diogenes’ silly remarks through. The people who should really be concerned with his comments are serious philosophers who have thoughtful complaints about whether political considerations, worries about offensiveness, and social conformity are playing too large a role in contemporary philosophy. I can see how their inclinations towards speaking up might be chilled for fear of being lumped in with him and his rants.Report

Justin, you’ve never heard of a figure of speech called hyperbole then?

Thanks for the explanation, Justin. I respect your opinion, and I think your decision was fair. One thing:

You seem to say that certain serious philosophers should be worried that they will be given a bad name because of other people, with genuinely different views, say silly things. I have no idea why they should be worried, unless there are people making bald and vicious generalizations about groups of people with who only have one small characteristic in common. And if there are such people — and if they do things to silence or intimidate dissenting speech — those people seem like a bigger problem than Beziau or Diogenes.

Generally, philosophers are pretty fearless about voicing their opinions unless there is a thought police.Report

In all seriousness, given that this is a philosophy of science journal, and given that there’s a rich existing literature on the role of values in theory construction — particularly scientific theory — and the influence of politics in philosophy (How the Cold War Transformed Philosophy of Science is one of my favorite reads) I was a little surprised the call for papers didn’t seem as if this issue will be building on those existing bodies of work.Report