Special issues often have guest editors, and the procedures for submission and editorial review may vary from those used for standard issues. The recent publication of an article with some rather bizarre passages in a special issue of Synthese has brought attention to how special issues are put together, with particular questions raised about editorial oversight and peer review. Fabio Paglieri (Institute of Cognitive Sciences and Technologies)—editor-in-chief of the journal Topoi, a journal whose publication consists entirely of special issues—has just authored an editorial in which he explains his view of special issues, as well as Topoi’s procedures.

Following the recent Synthese affair, the received wisdom on the proper oversight of special issues now seems to be that:

(A) Editors-in-chief are fully responsible for everything that gets published in their journal, therefore…

(B) Editors-in-chief should personally check every single article of a special issue (or of any issue, for that matter), either by reading it directly or by reviewing the peer-reviewing process (should we call it “meta-reviewing”?), to ensure nothing unacceptable gets published.

I happen to agree completely on (A), while utterly disagreeing on (B)—which, as I shall try to explain, does not follow from the former at all. That editors-in-chief are responsible for what is published in the journals they manage is the necessary side-effect of their editorial authority: to paraphrase one of the notable philosophical aphorisms of our age, “with great editorial powers come great editorial responsibilities”. But the fact that editors-in-chief are responsible does not entail anything on how they should go about making sure these responsibilities are properly met.

Minutely checking on every paper and/or its peer reviewing process is certainly one way of doing it, but I am not convinced it is the best one—even assuming, as charity requires, that this policy is actually implemented by any real editor-in-chief, and it is not just a rhetorical fiction. For one thing, in journals with a wide scope of interests, as it is certainly the case with Topoi, editors-in-chief are bound to be glaring incompetent on a significant proportion of the articles accepted for publication, not due to any shortcomings on their part: asking them to be the ultimate authority on whether these articles should be published or not is risky, unfair, and irresponsible. While this problem can be attenuated by outsourcing some of that authority to a wider pool of editors… this still ends up granting editors-in-chief and their cohorts even more power than they already have. Yet the considerable power yielded by editors is the second favorite target of those who criticize the current system—the first being the alleged incompetence/dishonesty of those editors, whenever something like the recent Synthese affair appears on the horizon. The list of lamentations against all-powerful editors is as familiar as it is reasonable, insofar as it identifies real dangers inherent to the system: the power of making or breaking careers at a whim, the possibility of favoritism and connivance, the unavoidable leverage an editorial position grants in dealing with other colleagues, and so on. Precisely because these concerns are reasonable, those who harbor them should think twice before invoking more power to editors as a solution to the (very rare, apparently) publication of materials of unacceptable quality.

Finally, and most pertinently to special issues, having editors-in-chief double-checking and second-guessing acceptance decisions already made by guest editors is a sure sign of distrust towards the latter, as well as of poor confidence in the work of reviewers. Unfortunately, it has been proven time and again that distrust breeds sloppy work and deception, as much as trust promotes virtuous behaviour and due care. Granted, trust is something to be earned, but guest editors are selected (assuming editors-in-chief are doing their job properly) precisely because they are to be trusted for the task at hand, based on a variety of considerations—scholarly competence, professional integrity, past experience, level of motivation, and more. Once this trust is rationally given, it should not be withdrawn later on, unless something new comes to light. Thus as a general rule editors-in-chief should not spend their time looking over the shoulder of the same guest editors they appointed.

The entire editorial is here. 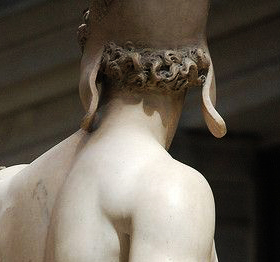 (Antonio Canova, “Perseus with the Head of Medusa”)