Colleen Cressman (MIT) draws our attention to the Open Syllabus Project. The project is a work in progress aimed at creating “the first large-scale online database of university course syllabi as a platform for the development of new research, teaching, and administrative tools.” It has a collection of over a million syllabi culled from the internet and other sources, and a tool “Open Syllabus Explorer,” that allows users to search through the data to find assigned texts, texts typically assigned together, and the locations in which texts are assigned, among other information.

Philosophy does quite well on the overall list, which ranks texts by the number of times it appears across syllabi. Just look at how many philosophy texts occupy top 50 positions. The Republic is second overall, with several philosophy titles following closely as you make your way down the list. Filtering by field (discipline) shows that philosophy texts are fifth–behind history, English, biology, sociology, respectively–out of more than forty disciplines. (Though I’m not entirely sure how the texts were assigned to the field category. I would think texts could bridge categories, too.) Filtering by field (discipline) and then by country, or even US state, is also quite fun. Consider the differences among Australia/NZ with the US/UK/Canada. And, of course, the most interesting bits are going to be found at a granular level.
She also cautions: “There are several instances where the problem of non-normalized titles are obvious (see Kant, for instance), with the same text appearing in multiple spots on the same list, owing to differences, large or small, in spelling.”

You can donate your own syllabus here. Perhaps it will end up as one of the site’s “syllabi of the month”. That honor is currently going to “Social Theory Through Complaining” by Kieran Healy (Duke).

UPDATE (1/28/15): Which texts are most frequently assigned at top U.S. colleges? 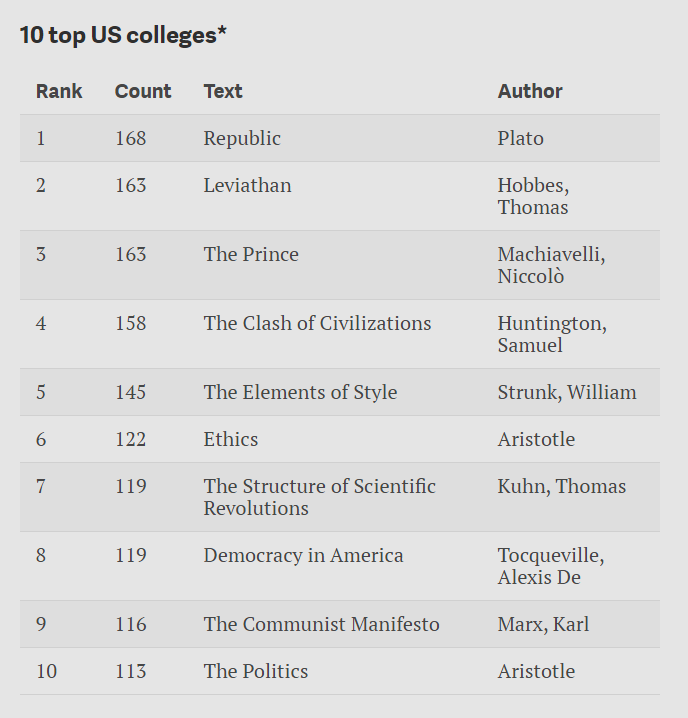 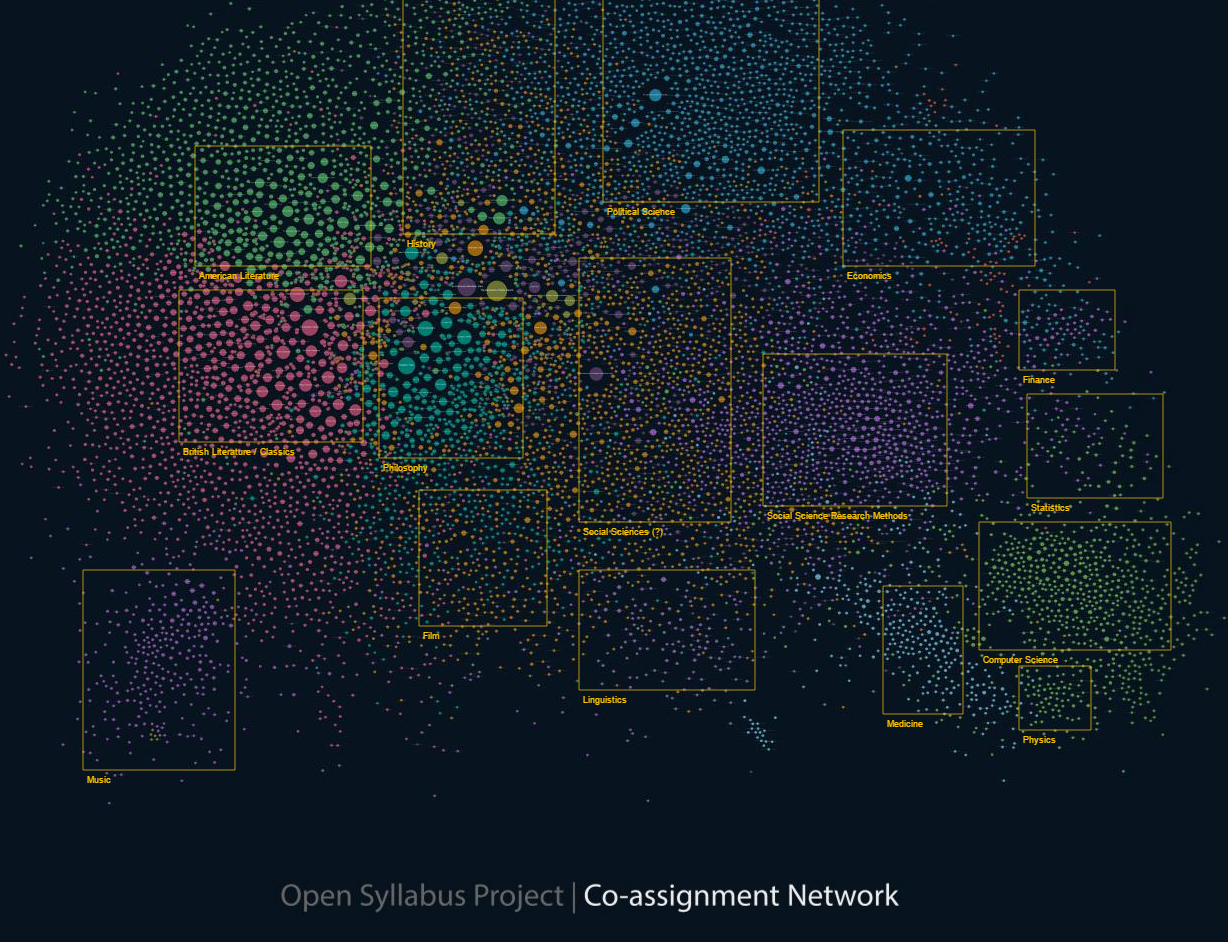