A study from 2010 cites Philosophy for Children among “teaching approaches that help build resilience to extremism among young people.” The study, commissioned by the UK government,

presents the findings from a large-scale, in-depth research study into teaching methods—knowledge, skills, teaching practices and behaviours—that help to build resilience to extremism. The focus is on teaching methods to be used in a general classroom setting rather than as part of interventions targeted at those deemed at risk of extremism. The research methods used were 10 in-depth case studies of relevant projects and interventions, including interviews with teachers, practitioners and students and classroom observation, a literature review conducted according to systematic principles, and close engagement with 20 academic and other experts in the field… The primary aim of the research was to provide a strong evidence base for schools and other education providers to help them adopt and commission the appropriate interventions to build resilience to extremism.

The report describes Philosophy for Children and some other programs, and their impact on students’ thinking and attitudes:

In the case of Philosophy for Children, the reported impacts of encouraging young people to question and interrogate ideas include:

For example, one teacher said of the ‘peer educators’ involved in Philosophy for Children: ‘You can see them using the sentence starters and questioning each others’ ideas in their other subjects as well. And in some of their essay-writing, so they’re starting to use things like ‘On the other hand, people might believe …’ or ‘We can question this idea… ’. So they’re learning to be critical, but in a non-aggressive way with each other … academically, it’s had that impact.’ (Teacher, Philosophy for Children)

These impacts have the potential to increase young people’s resilience to extremism by equipping them with the ability to think critically and independently.

It would have been nice to have this line of thinking ready at hand a few weeks ago when politicians were attacking philosophy. Since extremism (in various religions and ideologies) plays a role in causing terrorism and violence, a new political slogan suggests itself: “Against philosophy? You must love terrorism!” Maybe not as catchy as most other political slogans, but about as sensible. 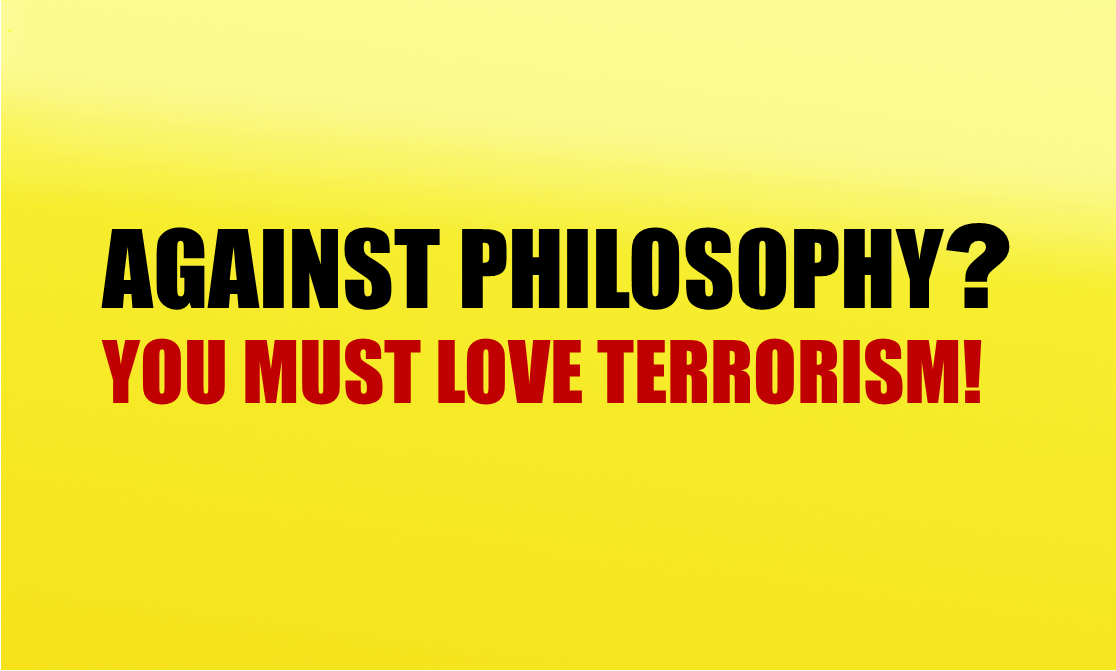 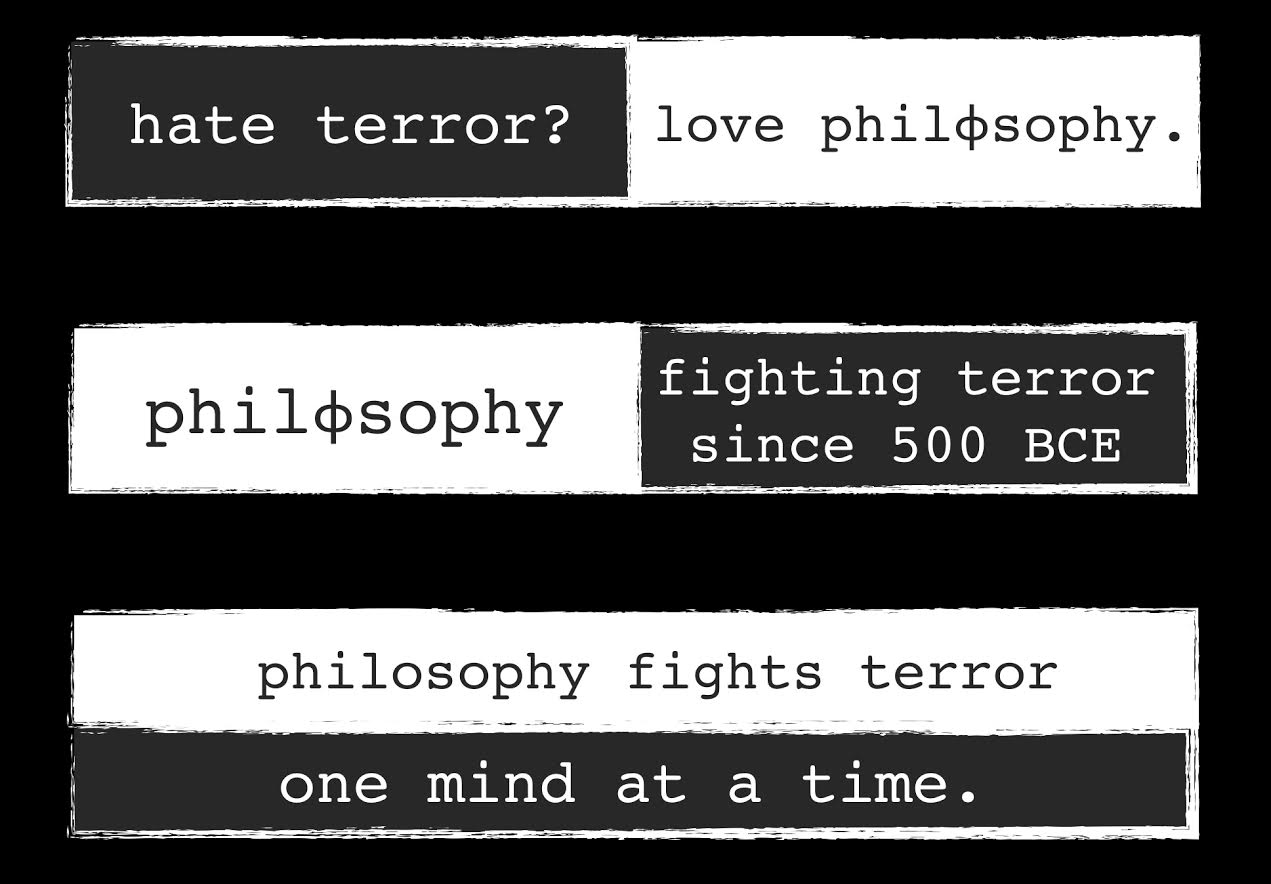 Philosophy for Children is used as part of the UK governments ‘Prevent’ program for tackling extremist radicalization is young people http://www.preventforschools.org/index.php?category_id=46. It is a shame that (as far as I’m aware) initiatives like P4C (and the evidence of the good they do) are only getting this attention (at least in the UK) in relation to this frankly flawed and too Islam-directed program.Report

It’s great that kids are being taught philosophy at a young age, but a more pressing question is: how do we reach the stubborn, intolerant adults?

Or do we just teach as many kids as we can and hope that the world is in better hands once our generations die off?Report

An al-Qaeda training manual was captured in 2010 in Britain. Here is the invocation on its first page:

In the name of Allah, the merciful and compassionate
To those champions who avowed the truth day and night
And wrote with their blood and sufferings these phrases
The confrontation that we are calling for with the apostate
regimes does not know Socratic debates…, Platonic ideals…,
nor Aristotelian diplomacy. But it knows the dialogue of
bullets, the ideals of assassination, bombing, and destruction,
and the diplomacy of the cannon and machine-gun.
Islamic governments have never and will never be established
through peaceful solutions and cooperative councils. They are
established as they [always] have been
by pen and gun
by word and bullet
by tongue and teeth

“…that there are not necessarily any ‘right’ or ‘wrong’ answers…”

That is an extremist view, if I’ve ever seen one. They call that critical thinking???Report

So exposing children to philosophy breeds epistemic and ontological pluralism? Is that a bug or a feature of the methods of instruction? Or might we think it is a ‘natural’ reaction from minds whose imaginations have yet to be constrained by the boundaries of settled convictions?Report

I find this a completely important topic in view of the constant propaganda to which young people are subjected these days. When Bradley calls metaphysics an ‘antidote for dogmatic superstition’ he says it all. It seems the only effective method.

In passing I would agree with Arthur Greeves. The idea that there are no right or wrong answers looks like extreme dogmatic post-modernist philosophical suicide and from here it appears to be obviously false. It is not an uncommon view but even if it were true there would be to way to prove it.Report

I think that when many people say that there are no right answers in a given area, what they mean is that there are no answers currently supported with arguments so compelling that, as Nozick says, to refuse to accept them would cause one’s head to explode. So it’s not really the strong philosophical claim that it sounds like, but only a sloppy expression of a weak claim that’s true in many areas of philosophy. Of course, it’s worth correcting that sloppiness when you can.Report

Fair enough, Dale. I was suggesting that there are such arguments but that they are overlooked, but this is not a suggestion we can examine here.Report