This is a great public service and a great idea.

Stefan Schubert, a visiting philosophy professor at the London School of Economics, and Spencer Greenberg, a mathematician and entrepreneur who started Clearer Thinking, a site aimed to help people “avoid thinking traps and make improved decisions, to better achieve the goals they value most,” are producing videos of U.S. presidential debates subtitled not just with fact-checking, but with argument-checking. 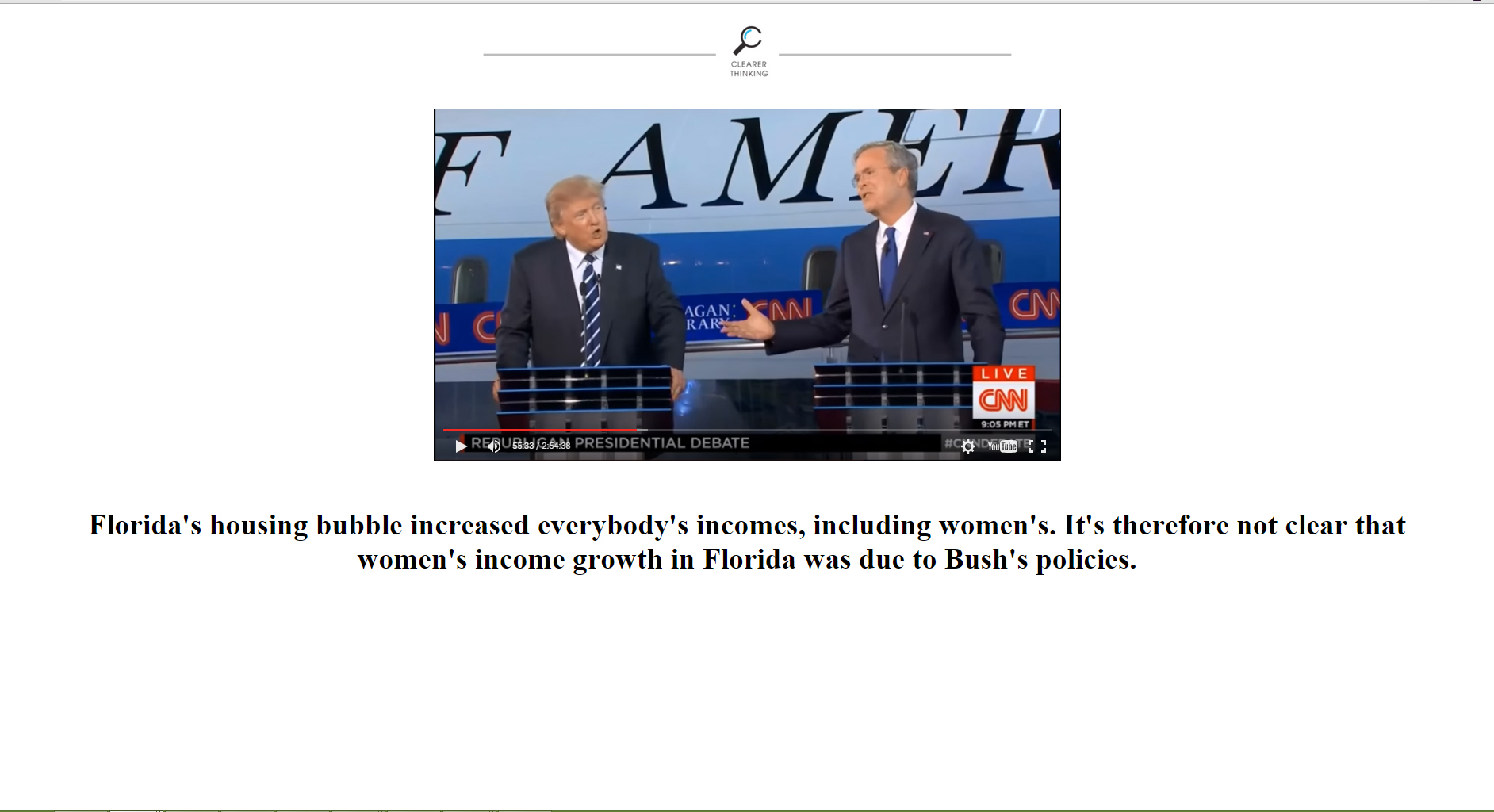 and a few others (they’re all here).

Now, all we need is a team of other philosophers and fact-checkers to join them so they can live-check future debates and political events and broadcast them as they happen (maybe on a 2-minute delay to give them time to write?). And then a team of publicists to get the word out about it.

You can read more about the project at The Huffington Post.

I’ve wanted this sort of thing for so long! Thanks for posting!Report