The American Philosophical Association (APA) has released a statement in response to the recently approved Wisconsin state budget legislation, which removed tenure protections from state law and weakened employment protections for tenured faculty. The statement includes the following:

Tenure is the most important safeguard of academic freedom, and academic freedom is a bedrock principle of philosophical inquiry. The Board of Officers of the American Philosophical Association deplores the assault on academic freedom in Wisconsin, whether it affects the flagship University of Wisconsin-Madison or the University of Wisconsin-Milwaukee or any other universities in the UW System, and we deplore the precedent it sets. We call on legislators, regents and other campus administrators to work towards restoring recognized standards of tenure in Wisconsin.

The whole statement is below: 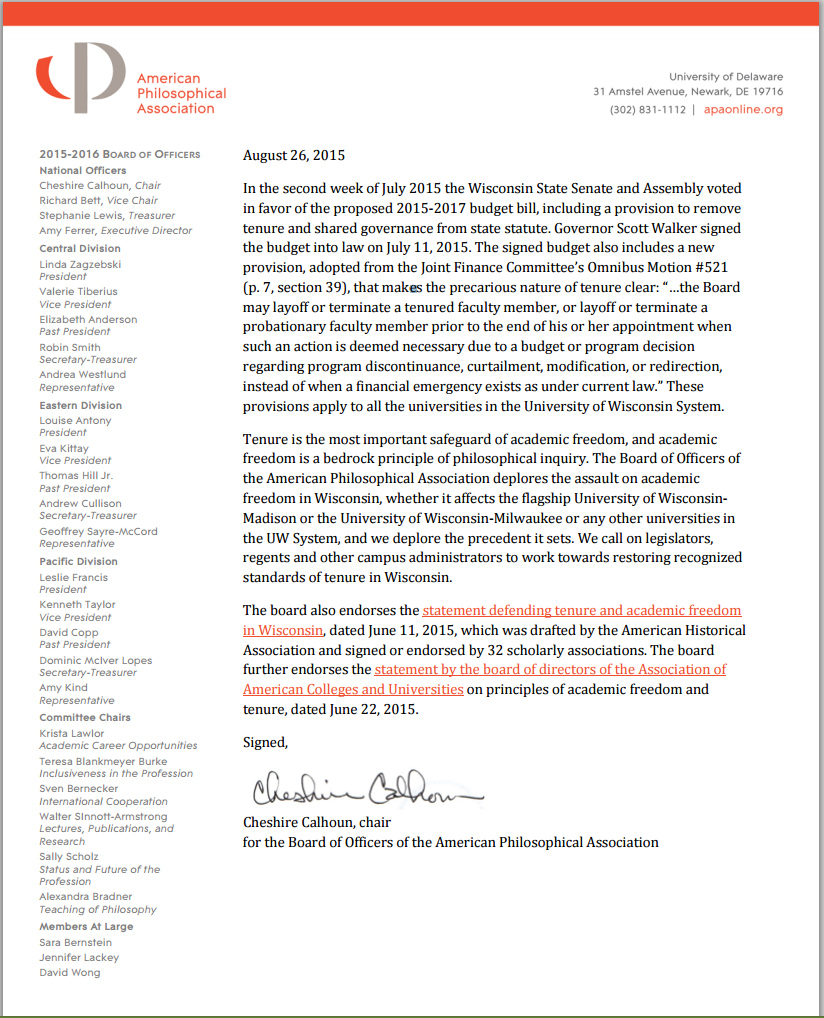 It’s good to see the APA begin engaging in a broader range of issues with the not-too-distant leadership change.Report