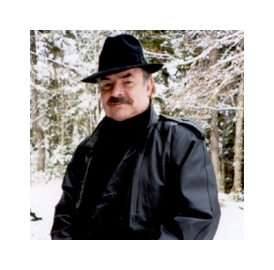 The following memorial notice was written by Gillman Payette (Calgary):

Peter Kim Schotch, age 76, died on December 22, 2022 at his home in Brookside Nova Scotia. Peter was born on July 26th, 1946, in Montreal, Quebec. He attended the University of Waterloo, getting a BA and finally a PhD in Philosophy writing a dissertation in modal logic in 1973 under the supervision of J.S. Minas. (Interestingly, his external examiner was C. West Churchman). In 1972 he was hired by the Philosophy Department at Dalhousie University and only fully retired in 2019. At the end of his time at Dalhousie he had reached the rank of full professor and was the Munro Chair of Metaphysics.

Despite being a logician or perhaps because of it, Peter liked teaching existentialism, philosophy of literature, and philosophy of art. He was also a dedicated union-supporter, serving on the Dalhousie Faculty Association’s bargaining team for the second, third, fifth and sixth collective agreements and sharing duties as Chief Negotiator for the 1984-87 agreement. He also shared the position of DFA president in 1997-98.

P. K. Schotch contributed important innovations to multiple areas of logic. Most notably, in the areas of modal logic and paraconsistency. He, along with his long-time collaborator Ray Jennings of Simon Fraser University, developed polyadic semantics for modal logic—a generalization of the standard relational or Kripke semantics for modal logic (see here). That development led to what came to be known as the preservationist approach to  paraconsistency or the Canadian school of paraconsistency. The development and a survey of these ideas can be found in the book On Preserving. These novel contributions to logic also led to the national logic prize for Canada being named the ‘Schotch-Jennings Logic Prize’ (see here). A list of some of his work can be found here. His introduction to logic can be found here and what he referred to as his “greatest hits” here. He also published on deontic logic particularly about the nature of rules.

He is survived by his wife Suzanne Townsend, as well as his former wife Brigitte and their daughter Heidi, his son-in-law Stephen Riley, his stepson Ames Esler, and the numerous students he mentored over the years. He is predeceased by his second wife, Cara.

Please visit Peter’s memorial webpage here to leave a message in his memory. There will be some lectures in his honour as part of the annual World Logic Day (Jan 14th) Zoom talks in Alberta and British Columbia. If you wish to attend or speak visit this page.

When I look back upon my time in the Dalhousie Philosophy department (1990-1995), I cannot help but have fond memories of numerous interactions with Peter Schotch. I will not forget his bone dry sense of humor or his getting all of the grad students out to hear Max Cresswell at 9:00 AM on a Saturday morning. Peter was not a man who was afraid to attend the Friday Colloquium in full lederhosen costume. My only regret was not advising him to quit dying his hair in my last days at Dalhousie. But even that was a characteristically Peter thing to do; unique as always. Farewell my Friend, my Teacher.Report