Retraction Watch reports: “A Russian philosophy journal has retracted a paper about lesbian fashion magazines, citing a newly passed law that bans ‘propaganda of non-traditional sexual relations and (or) preferences.'” 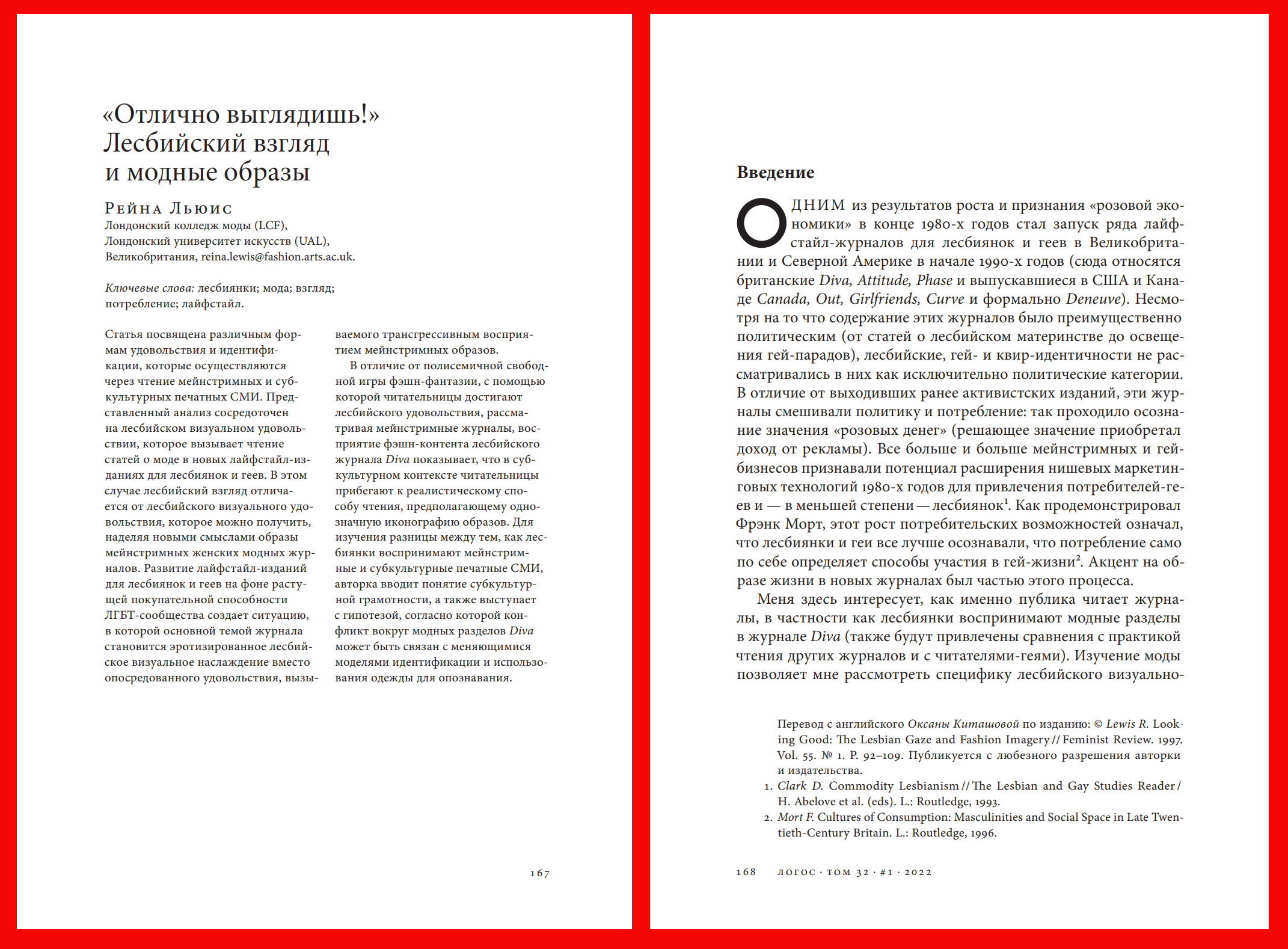 The journal is Logos (not to be confused with Logos: A Journal of Catholic Thought & Culture or with Logos, the undergraduate philosophy journal at Cornell University), the author is Reina Lewis, a professor of Cultural Studies at the London College of Fashion at University of the Arts London, and the paper is, “Looking Good: The Lesbian Gaze and Fashion Imagery.”

The paper is still online, but, Retraction Watch reports:

an entry on the Russian database eLIBRARY indicates it was retracted for being “in violation of standards.” The notice continued: “The retraction was issued by the decision of the editorial board due to the presence of signs that fall under the scope of Law No. 217471-8 “On Amendments to the Federal Law ‘On Information, Information Technologies and Information Protection” and certain legislative acts of the Russian Federation (regarding the prohibition of propaganda of non-traditional sexual relations and (or) preferences)’.”…

You can learn more about this story at Retraction Watch.

What makes this article in a philosophy journal propaganda?Report

Presumably the fact that it discusses same-sex attraction without being overtly critical of it.Report