Penelope Mackie, a philosopher at the University of Nottingham, has died.

The following obituary was provided by Mark Jago (Nottingham). 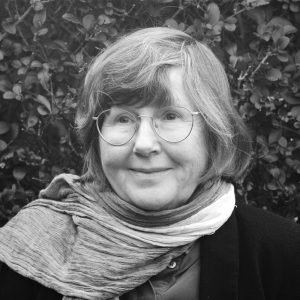 It is with great sadness that we announce the death of our friend and colleague, Penelope Mackie, following a period of illness. Penelope was born into an academic family. Her paternal grandfather Alexander was professor of education at the University of Sydney, and her father was the philosopher J.L. Mackie (whose philosophical papers she co-edited). She went to Somerville College, Oxford, in 1971, where she took the BPhil in Philosophy with a thesis, Identity and Continuity, in 1978, and later the DPhil in 1987, with a thesis, How Things Might Have Been: A Study in Essentialism. After her DPhil, Penelope moved to the US, first as a visiting lecturer at the University of Maryland (1986–1987) and then as Assistant Professor of philosophy at Virginia Commonwealth University (1987–1990). She then returned to Oxford, this time as a fellow of New College (1990–1994), before moving to Birmingham in 1994 and then to Nottingham in 2004, where she worked until her death.

Penelope’s philosophical interests were broad, including ancient Greek philosophy, early modern philosophy (particularly Berkeley and Hume), free will, causation, essence and modality, identity, and the metaphysics of material objects. Her best-known work is her 2006 book, How Things Might Have Been. In it, she defends the view that objects have bare identities. A person, or any other object, simply is the thing it is and could not have been any other, although it could have been some radically different kind of thing. You could have been a toadstool, or the number seven, and still remained you, she argued. Reviewers praised the book as ‘one of the clearest and fullest discussions of contemporary essentialism that has appeared for quite some time’.

The clarity and carefulness of Penelope’s philosophical work was also consistently applied to her teaching and administrative duties. She was renowned among colleagues for her meticulousness, carefulness, and diligence, including during her tenure as Head of Department at Nottingham from 2007 to 2010. These high standards were also demonstrated in her teaching. Penelope’s comments on student essays were legendary, sometimes nearing the word-count of the essay itself.

She was a staunch friend and colleague, particularly supporting early-career philosophers, and well-known to visiting speakers for asking kind and thoughtful questions which, more often than not, also happened to be knock-down objections. She continued her work through her illness, completing revisions to her Stanford Encyclopaedia article on “Transworld Identity” over the summer of 2022, keen that it should reflect the latest work in the area.

Outside of research and teaching, Penelope was also a marvelous character. She had a mischievous sense of humour and a quick wit, as colleagues fondly recall, and was cheerful company at department drinks. Many were also delighted to discover her talent for humorous verse, which she sometimes turned to philosophical topics. Some examples were even published in Mind, including “A Modern Metaphysical Song.” It is a hilarious, yet highly accurate, tale of the physicalist’s woes:

I’ve nageling doubts that science has a place for subjectivity
That what it’s like to be a bat can be just brain activity.

And who else but Penelope could have put their objection to Davidson’s anomalous monism so:

It tries to make mind matter, but with curious anomaly
Implies that mental attributes exist epiphenom’nally.

With the death of Penelope Mackie, we have lost an outstanding philosopher, a dedicated teacher, and a colleague with a rare sense of duty and diligence. We are greatly saddened by her loss and privileged to have known her.

Penelope died on 5th December 2022, with her husband Robert Frazier at her bedside. She also leaves her brother and sister, David and Hilary Mackie.

Penelope and I got our jobs in Birmingham at the same time in 1994. We were colleagues for six years. Penelope was, in no particular order, an excellent philosopher, an excellent colleague and an excellent person. She was also very good company and had a wicked sense of humour. What a terrible loss.Report

We were colleagues in Nottingham during 2005-2007. But I would see her from time to time in conferences and in a discussion group she attended when she was in Oxford. Last year, in July 2021, we co-taught (online, and with Don Baxter) a Summer School on Identity at the Central European University. That was the last time I saw her. I can only echo Mark´s and Jose´s words. She was excellent, as a philosopher, a teacher, a colleague, and a person. She will be missed, very much.Report