According to Radio Free Asia (RFA), Wu Yanan, a philosophy lecturer at Nankai University in Tianjin, China, was taken by authorities under false pretenses and confined in a psychiatric institution for supporting anti-lockdown protestors. 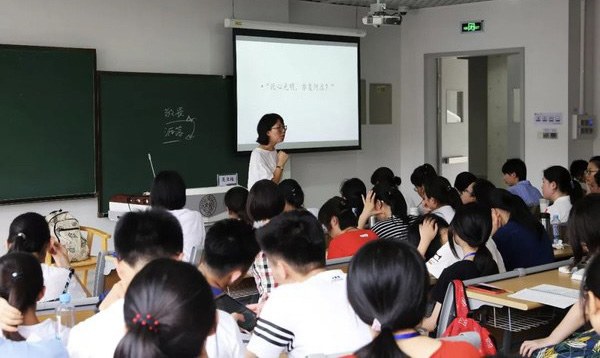 The officials reportedly claimed that they were taking Wu to get a COVID-19 test. However, RFA reports, she had on social media “accused the university authorities of betraying the ideals of its founder Zhang Boling by clamping down on the widespread protests” by students against strict, government-imposed lockdowns. RFA reports:

Wang Qiang, a person familiar with the incident, said Wu had been a vocal supporter of the “white paper” protests. “There were some spontaneous memorials activities and blank paper protests on our university campus after the Urumqi fire [a fatal lockdown fire in Xinjiang’s regional capital Urumqi whose victimes were unable to escape the blaze because they had been locked into their own apartment building] and students who took part were hauled in to ‘drink tea’,” a euphemism for being questioned by the authorities, Wang said. “Wu Yanan spoke up for the students [on social media], and the school authorities asked her to delete her posts, but she wouldn’t,” Wang said.

Wu was taken away in a van by officials who claimed she needed to take a COVID-19 test, but instead took her to Tianjin Sheng’an psychiatric facility. Wu posted the name of the hospital to social media, along with photos of her hiding in a hospital toilet and calling on her students to rescue her. Wu said she was hiding in the toilet from a bunch of people who were planning to tie her up and forcibly administer medication to her, the students said. 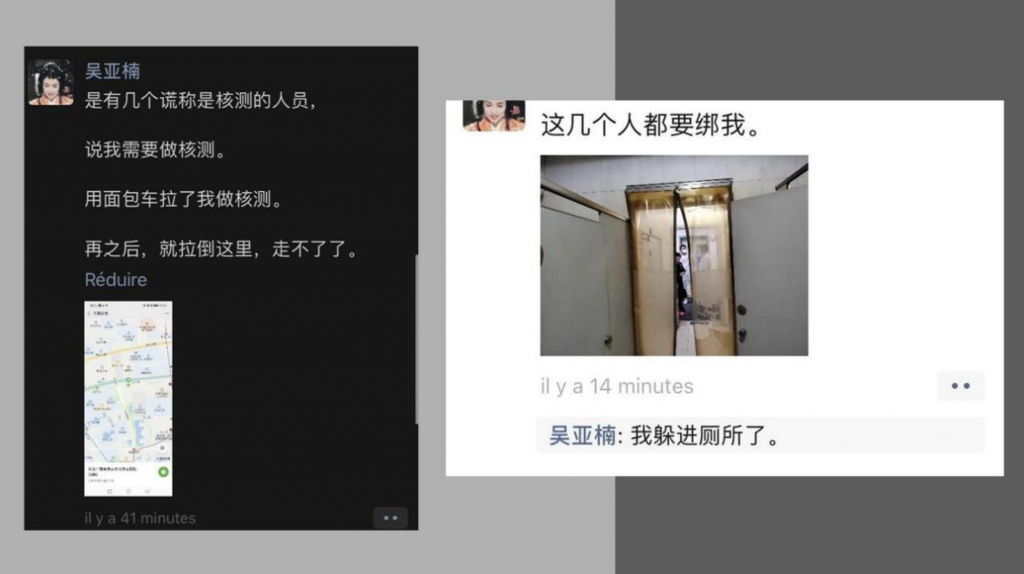 According to one source, “Wu also posted a picture of herself hiding in the hospital’s toilet with several
people outside the door. She asked her students for urgent help, telling them that the people outside the door had a rope and were going to kidnap and inject her, and she asked them to spread the word about what happened to her.”

A couple of days later, posts appeared on Wu’s social media, saying she had been mentally ill, but there is skepticism that she wrote them, or wrote them freely:

A recent post under Wu’s account to WeChat Moments said “I admit I was under the influence of mental illness a few days ago, when I was suffering from delusions, auditory hallucinations and talking gibberish.”…  Wang said the posts were highly unlikely to be genuine, and that Wu has likely been “mentally illed,” a slang expression for the use of forcible psychiatric treatment to suppress critics of the authorities.

You can read more about the story here.

Radio Free Asia!– News from an org funded by the US Government to create anti-PRC propaganda. Not trustworthy.Report

Radio Free Asia is fairly robustly firewalled from the US Government under its enabling legislation, has an executive editor with a serious background in Asian news, has won a fair number of awards for its journalism, and has broken quite a number of stories (notably about Xinjiang) that have subsequently been independently corroborated. Heaven knows it’s always sensible to stay alert to potential biases in sources of news, but to automatically disregard an RFA story on these grounds seems excessively cautious.Report

It’s true, I am excessively cautious about any news source that is dependent on the US Government for its funding. Whatever else RFA is, its main function is to represent the interests of the US State Department and the goals of U.S. imperialism — the greatest threat to world peace that exists.Report

It is fortunate that we have the state reporting of the government of China available as a trustworthy, unbiased alternative.Report

A good example of a non sequitur for logic class.Report

For those who don’t follow news about China, in late November of 2022, China experienced its largest mass protest since June 4th, 1989 (https://en.wikipedia.org/wiki/2022_COVID-19_protests_in_China). Some protesters fought against the zero-COVID policy; others asked for the dictator Xi Jinping’s resignation. As a result, Xi Jinping had to lift the lockdowns. However, now that all protests are repressed, many protestors start to go missing. This seems to be one of those cases.Report

Wu Yanan was one of the PhD graduates of my school’s philosophy department.

Although that I’m used to this happening in China, only this time is shock me.Report