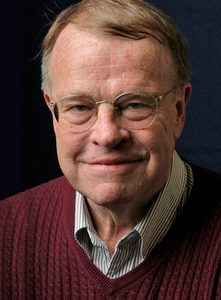 Professor Iseminger was known for his work in philosophy of art. He authored The Aesthetic Function of Art (2004) and many articles, ranging on topics from the role of intention in art, to the nature of aesthetic judgments, to jazz improvisation. He also wrote on logic and authored a logic text for students. You can learn more about his writings here and here.

Professor Iseminger taught at Carleton beginning in 1962, starting as an instructor and retiring in 2004 as the Stephen R. Lewis, Jr. Professor of Philosophy and Liberal Learning. Over the years, he held visiting appointments at various institutions, including the London School of Economics, University College London, University of Edinburgh, Lancaster University, Cambridge University, University of Minnesota, Lingnan University in Hong Kong, among others.

In addition to his philosophical work, for a period he also coached varsity tennis at Carleton (including a team that won the conference title in 1967), and he played vibraphone, timpani, and sang in various performing groups, according to a memorial notice here.

Gary was one of my undergraduate philosophy professors. I took his Anglo-American Philosophy, a seminar on Realism & Anti-Realism, and Symbolic Logic. He organized APA lunches for Carleton people for many years. His handouts were handwritten; I’d still recognize his handwriting immediately.Report