Philosophy of the City Journal is a new open-access, peer-reviewed journal that aims to serve as an interdisciplinary forum for philosophical inquiry about cities in general and particular cities, including their “political, social, epistemological, metaphysical, ethical, and environmental dimensions.” 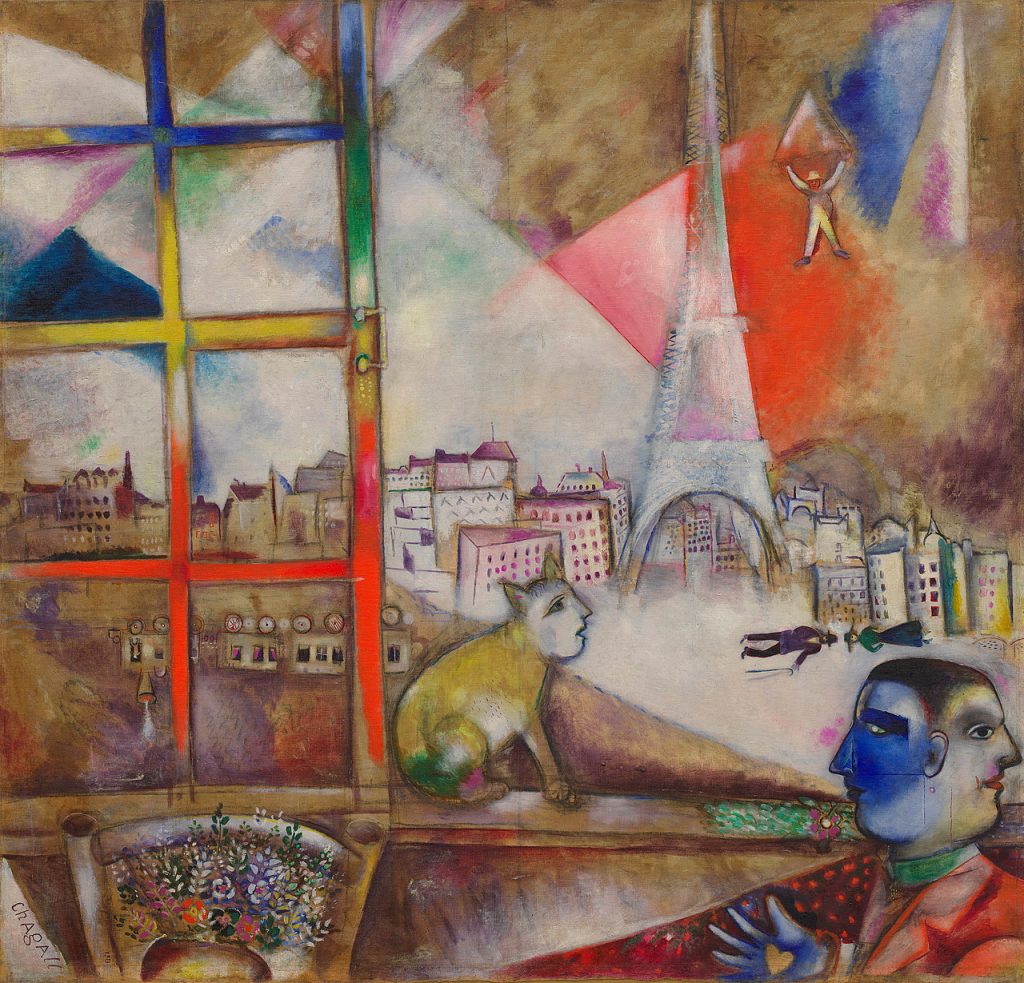 [Marc Chagall, “Paris Through The Window”]

The journal is a project of the Philosophy of the City Research Group, launched as the group approaches its 10th anniversary. Its editors write:

As the world continues to urbanise, cities increasingly function as loci for the social, political, and ecological challenges of the 21st century. There is a need to apply the tools and approaches of philosophical enquiry to both the city in general and different cities in particular. The philosophy of the city should be understood as a set of problems without a canon: problems about (but by no means restricted to) the ontology of cities, urban aesthetics, inclusivity, public space, justice, and political expression. In seeking to help answer these problems, philosophers of the city contribute analyses of urbanism, city life, urban planning, urban design, infrastructures, and others…

We invite philosophical contributions from scholars from all relevant disciplines. In addition to philosophy, these disciplines include but are not restricted to: urban design and planning, geography, political science, sociology, science and technology studies, design history and theory, and architecture history and theory.

The journal, to be published twice-yearly, is headed up by co-editors-in-chief Sanna Lehtinen (Aalto University) and Ryan Wittingslow (University of Groningen). In addition to traditional research articles and book reviews, the journal welcomes “experimental, multimedia, and other submissions in non-traditional formats, as long as they fall within the ambit of the journal.”

Philosophy of the City Journal is now open for submissions. You can learn more about it here.