The Public Philosophy Network (PPN) is putting together a list of venues that publish public philosophy. 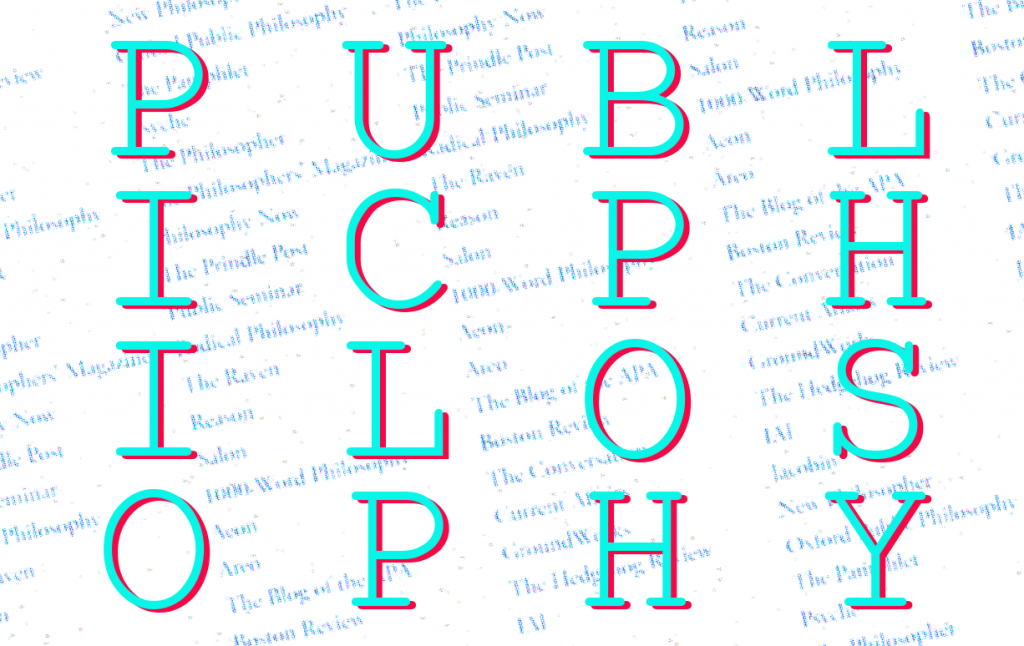 The list, so far, includes 24 outlets. You can check it out here. If you know of others to add to it, you can mention them in the comments here, or join the PPN and share them in its Facebook Group.

I would think the following venues would make good additions to those already on the list:

The highly popular “and philosophy” books published by Wiley and Carus. You’ll see them in any bookshop with a philosophy section.Report

Thanks for the signal boost! Keep those suggestions coming, please!Report

I mean, most or all of them will publish philosophy, esp. if you’re applying it to a contemporary issue, such as “what is art?” in the context of AI-generated art, or “could machines think?” in the context of very capable chatbots that some people claim to be sentient.

Also, you might want to not call it “philosophy” (or de-emphasize it) but something else that doesn’t have our branding problem, when pitching a story idea to a publication that might be skeptical about or unfamiliar with philosophy.

But if we’re talking about technical or other specialized issues of limited appeal to anyone who’s not a philosopher, then of course they probably wouldn’t publish that, unless it’s a philosophy/academic-focused publication, e.g., The Philosopher’s Magazine.

If we’re talking about longform articles, right, there seems to be an ever-shrinking set of media publications that do that. But several still do, e.g., The Atlantic, Slate, Salon, Current Affairs, Mother Jones, etc. Here’s one list of those pubs.

And if we’re talking about academic writing—i.e., not in an accessible style, free of jargon—that’s what academic journals are for, not popular media.

Upshot: if it’s relevant to their readership, and you can write well for a broad audience, they’ll potentially publish it. You’re giving them a free product that they’d use to generate desperately needed revenue.Report

The product should not be free, however. These venues pay freelance writers, and philosophers should be paid as well. Do not pitch an article to the Atlantic for free.Report