Rosamond Kent Sprague, professor emerita of philosophy at the University of South Carolina, has died. 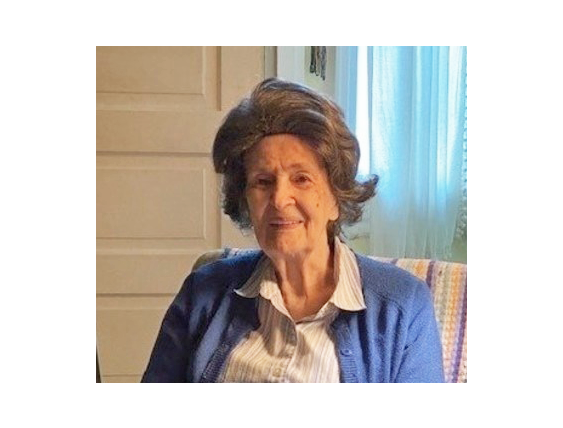 Professor Sprague was known for her work in ancient Greek philosophy, writing mainly on works by Plato and Aristotle, and occasionally other figures. Her interests in the ancients were broad, ranging from logic to literary form to causation to education, and she had a talent for finding particularly interesting topics to write about, such as the metaphysics of multiple births, the metaphysics of sleep, and Aristotle’s “red mirrors.” She is the author of Plato’s Use of Fallacy: A Study of the Euthydemus and some other Dialogues and Plato’s Philosopher-King: A study of the Theoretical Background, as well as several translations, such as Plato’s Laches, Charmides, and Euthydemus, and the Dissoi-Logoi, an anonymous sophistic treatise. You can view a list of some of her works here.

Professor Sprague joined the faculty at the University of South Carolina in 1965, retiring in 2008. She also had taught at Sophie Newcomb College, the University of Pennsylvania, Haverford College, Bryn Mawr College, and the University of Birmingham. She earned her undergraduate degree, MA, and PhD from Bryn Mawr. In 1953 she co-founded the Society for Ancient Greek Philosophy.

In 1993 the Department of Philosophy at South Carolina created a lecture series in her honor, and over the years many luminaries in ancient philosophy delivered the annual Rosamond Kent Sprague Lecture in Ancient Philosophy.

Rosamond was a colleague of mine at South Carolina. Owing to her retirement, I did not see her much, and I did not know her well, but we did talk occasionally (usually in regard to the lecture series). She was generous and kind and smart, and combined these qualities with high philosophical standards and a surprisingly sharp sense of humor. She will be missed.

In 1947, at the meeting of the Southern Society for Philosophy and Psychology, she gave a lecture (later published in 1949 in The Personalist, the predecessor of Pacific Philosophical Quarterly) entitled, “Must Philosophers Be Obscure?” She answered “no,” and lamented, in a way that will sound familiar to contemporary readers, the norms of the philosophical writing of her day. It begins:

A good style is not always considered a virtue in serious philosophical writing. To say that a philosopher writes well is oftentimes to imply that he is not much of a philosopher. There is a tendency to look down on the readability of Nietzsche; an inclination to regard the lucidity of James as evidence of philosophical levity. The grace of Bergson is something to be pardoned rather than praised, while Schopenhauer will be commended as a stylist in one breath and classified as a second-rate metaphysician in the next… Yet philosophy, because it is, after all, attempting to communicate something through the medium of language, should be as much concerned with style as any of the literary arts.

The talk is a brief for “clarity and fitness of expression” in philosophical writing. But it is not an endorsement of dry, boring prose:

Neither metaphor, nor illustration, nor even charm, are incompatible with either of these ideals. What, for instance, does the ordinary student remember of a first-year course in the history of philosophy? Not Kant’s transcendental deduction of the categories, nor the details of Berkeley’s criticism of Locke, but Zeno’s flying arrow, Plato’s winged soul, Descartes’ mechanical man, and Hume’s billiard balls. These are the things which fasten on the imagination and give life and color to philosophy.

So perhaps we can thank Rosamond for the occasion to think a bit about how to “give life and color to philosophy.”

You can read the rest of her lecture here.

She died on Saturday, September 10th. An obituary, with memorial service information, is here.

I took Rosamond’s history of ancient philosophy undergrad course in the early 80s, before it ever occurred to me to become a philosopher myself. In the midst of the rigorous course, she had a moment of whimsy: an assignment in which we got to invent our own pre-Socratic philosopher and lay out their metaphysics in detail. Her sense of humor, if you paid attention, was never far from being displayed. Rest in peace, Rosamond.Report

That is very cool. I am instructor in 14 days children summer camp. Once we had our camp themed around ancient Greece and its myths so I made a little game and get children invent their own presocratic philosophers for fun.Report

Studying under “Mrs.” Sprague — she was very clear on this point — was, along with other outstanding philosophers at USC, a privilege. She let me copy a recording (cassette tape!!!) of a lecture she gave at Bryn Mawr in the 1950s. On the explanatory power of Plato’s Forms, it’s a master class on introducing students to philosophy. I also still have and use photocopies of various handouts she gave us in her Aristotle class.

Hers was a life well lived.Report

I was checking in on the philosophy department at USC (earned my BA in philosophy in 1986) and learned of Prof. Sprague’s passing. She was a role model of intelligence and wit that stayed with me when I was helping my daughter with college applications. I recalled Prof. Spraque went to Bryn Mawr and though my daughter would choose Wellesley, my respect for Sprague’s kept the value of women’s colleges front and center. In my own area today in rhetorical studies her translations of the Dissoi-Logoi are still part of undergraduate and graduate readings in ancient Green rhetoric as well as her work in collecting the extant work of presocratic philosophers.Report