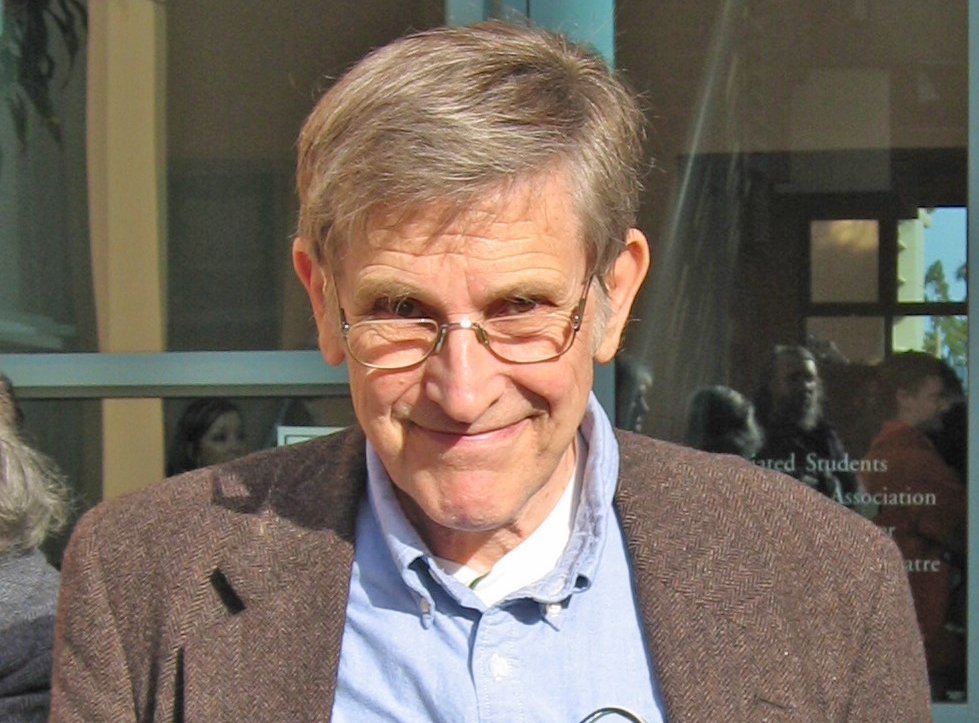 Professor Shoemaker was an influential philosopher well-known for his research in metaphysics and philosophy of mind. His works include Physical Realization, Self-Knowledge and Self-Identity, The First Person Perspective and Other Essays, Identity, Cause, and Mind: Philosophical Essays, several other books, and many articles. You can explore his writings here.

Professor Shoemaker became a member of the faculty at Cornell in 1961. Prior to that, he taught at Ohio State University. He earned his PhD from Cornell and was an undergraduate at Reed College.

(photo via David Chalmers, who shares a remembrance of Shoemaker here)

Sydney was on my dissertation committee. He was one of the very few people at the time who had read Reid — part of his dissertation was on Reid. He was so patient with me, and kind, at a time when I really needed people in my corner.

My funniest memory of Sydney (I guarantee other people will have funny stories too — he was surprisingly funny) is of going into his office to discuss something. He was so quiet and slow. Quiet people make me nervous and when I get nervous I talk even more loudly and quickly than I already do. I worked myself into quite a tizzy and Sydney just looked at me, cocked his head sideways, and shook his head “no”. Anyone else and it would have devastated me. But he was always gentle with me.Report

Feeling mixed,,
sad for the departure of great philosopher who enriched the understanding of the subject
happy for being fortunate to have heard about him and his expositionsReport

I love his writings on self-knowledge. Very clear and very insightful. Surely among the very best on the topic.Report

Here are a couple of rememberances about Sydney Shoemaker. Sydney was very shy and introverted. I remember him seeming almost boyishly proud in telling me once that his early book on personal identity had been translated into [I forget how many] languages. His writing is always difficult to understand, and I suspect his style was due in part to his shyness – he tries to articulate ideas in a way that explains his own way of arriving at them, but also for that very reason doesn’t make them immediately open to criticism from all corners. Here is a standard sort of opening sentence from one of Sydney’s papers: “I take as my point of departure a procedure for formulating functional definitions which is due to David Lewis”. Why? I tell my own students not to write like that. I also tell them not to write like Descartes.

Here’s a little story. Sometime in the late 1990s, John Hawthorne (who was at Syracuse at the time) gave a talk to the philosophy department at Cornell criticizing the views in one of Sydney’s best known papers, “Causality and properties”. (Hawthorne’s talk became the paper “Causal structuralism”. Both of these are genuinely good papers about issues not fully understood to this day, imho.) Hawthorne’s criticisms were cogent and plausible. But two of Sydney’s graduate students naively jumped to his defense. One was me. The other student was doing a better job at this than I was I’m sure, but we were both attempting to defend Shoemaker’s “structuralist” conception of properties against Hawthorne’s criticisms. I forget details, but I remember there being an impasse where we were trying to press a point and Hawthorne was just resisting on the same grounds as before. Sydney himself somewhat shyly raised a different response. He said he wasn’t defending the view that Hawthorne was criticizing. He didn’t accept “causal structuralism” in the first place! This was widely taken to be the main point of one of Sydney’s most well-known papers, and yet Sydney’s actual view was more subtle than everyone from John Hawthorne to his own graduate students realized. (See the appendix of Hawthorne’s “Causal structuralism”.)

I didn’t keep in touch with Sydney like maybe I should have. He was immensely thoughtful in giving feedback that was so slow and careful that you really had to take a time-out from the world to appreciate and engage with what was happening right in front of you. He was like a philosophical whale in a world populated mostly by seals and dolphins. I was glad to see Chalmers’s twitter thread linked above. Sydney’s “Functionalism and qualia” is a really excellent paper along with “Causality and properties” and many others. Note Dave in that thread asking Sydney about “Causality and properties” in 1994! Makes me sad.

Here is a link to a notice on the Sage School’s web page: https://philosophy.cornell.edu/news/brilliant-and-beloved-philosopher-sydney-shoemaker-dies-90
﻿Report