Stefan Heßbrüggen-Walter has resigned from his position as associate professor of philosophy with tenure at National Research University Higher School of Economics (HSE) in Moscow, with a letter publicly excoriating the university administration and others for their behavior in the wake of Russia’s invasion of Ukraine. 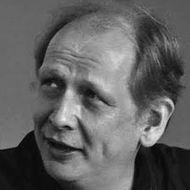 Professor Heßbrüggen-Walter calls out “the brazen immorality displayed both by the university administration and several of my colleagues”:

You, rector Anisimov, signed a letter repeating and endorsing all lies thrown around by government propaganda, while international faculty was reassured in tepid language that the work of the university should continue regardless of one’s political standpoint. You, first vice-rector Radaev, gave out orders to our support staff not to provide information about possibilities to leave the country when air travel became impossible, effectively trying to take us hostage in an environment that was deemed insecure by our own governments and escalating daily. You, dean Boitsov, in spite of your extensive contacts and experiences in international cooperations, have remained silent and left your subordinates without guidance and orientation. You all effectively abandoned in these days the project I had originally joined: a university open to the world and eager to contribute to the development of Russia by setting an example. What I have observed instead in the last weeks is hypocrisy and, yes, cowardice.

Below is the complete text of Professor Heßbrüggen-Walter’s letter, which he posted publicly as an update on Facebook: 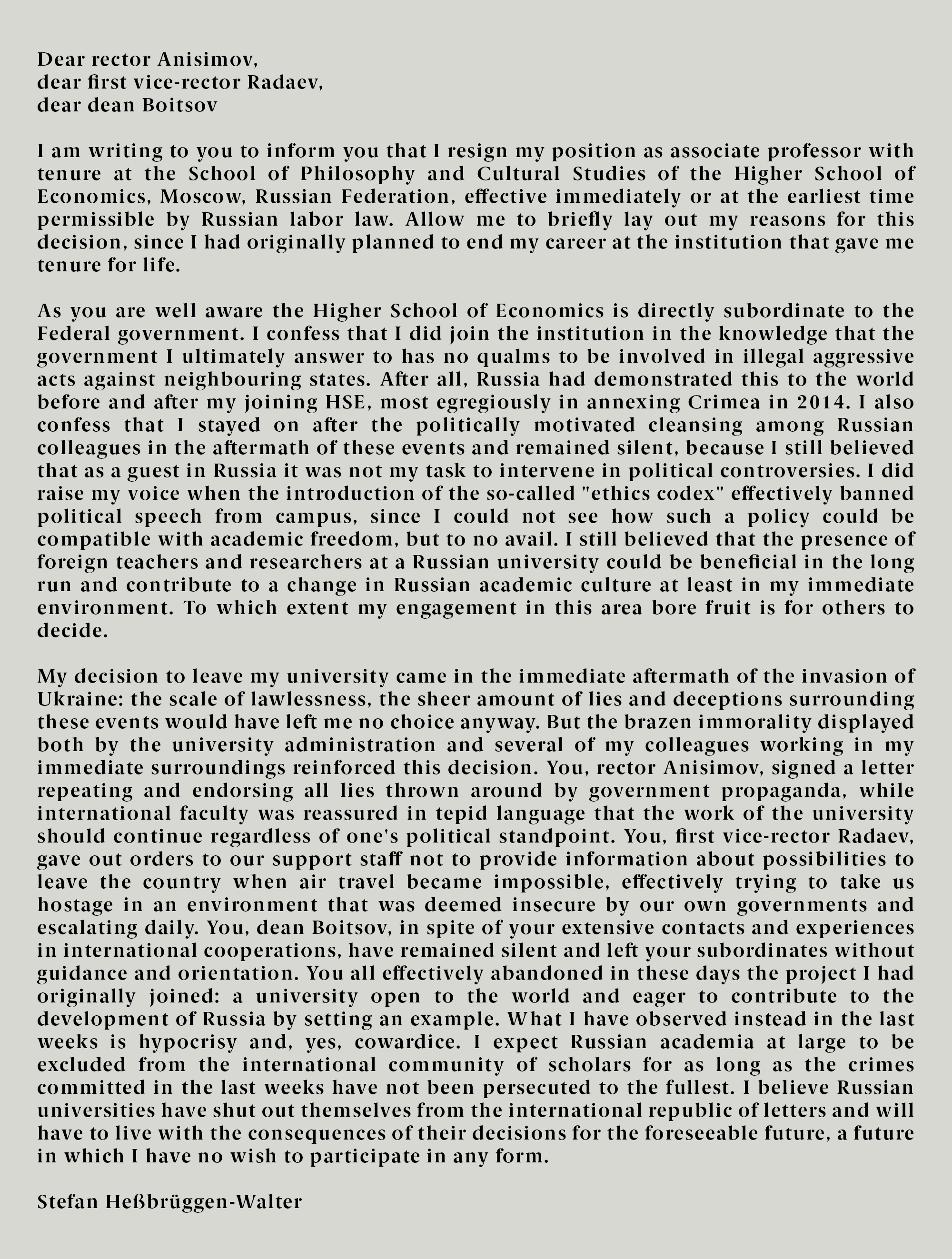 Professor Heßbrüggen-Walter works mainly in the history of early modern philosophy. You can learn more about his work here and here. He also tweets as CrankyPhilosopher.

What an immensely courageous act!

Let me repeat that I hope we, “the international community”, do our best to honour Stefan’s and other such decisions by creating appropriate positions asap. I also hope we demonstrate the same courage when the time comes.Report

Prof. Heßbrüggen-Walter is, both academically and personally, one of the best people I’ve had occasion to know. His knowledge of early modern philosophy is exemplary, and this courageous stand is as admirable as it is typical of his moral character.Report