Uladzimir Mackievič (Matskevich), a philosopher in Belarus who has been critical of Alexander Lukashenko, the country’s longtime dictator, has been in prison since last August, charged with “organizing of actions that grossly violate public order.” Owing to lack of progress with his case, he began a hunger strike on February 4th.

Yesterday, the 15th, he began a “dry” hunger strike, consuming neither food nor water. 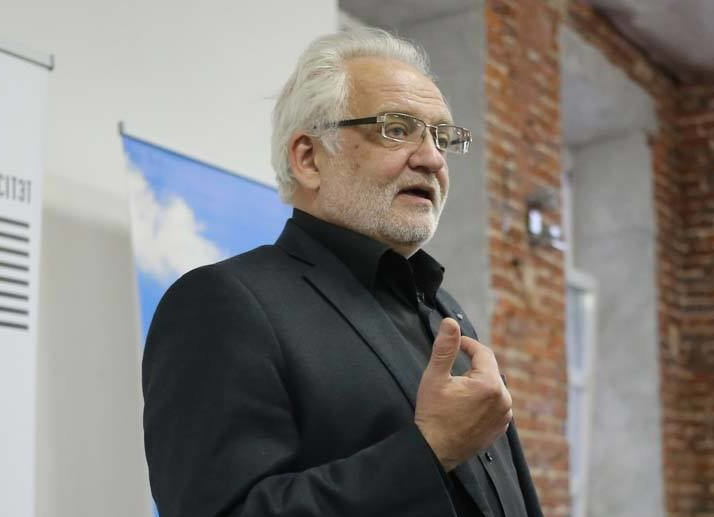 Considered a political prisoner, Mackievič, according to PEN International, “is being targeted for his views and writings critical of the Belarusian authorities.” The organization “calls for his immediate and unconditional release and for all charges against him to be dropped.”

The Philosophy Department at Central European University this past Monday issued a statement about the imprisonment:

The CEU Philosophy Department expresses solidarity with Uladzimir Matskevich, a philosopher and a forceful critique of public affairs in Belarus. Matskevitch has been detained since 4 August 2021, but his case is not investigated and is not moving forward. We are deeply concerned about this case, and we call for Uladzimir Matskevitch’s immediate release.

A petition is available for people to sign here. It notes that “the investigation has not moved forward. All procedural actions are kept in secret; there is no information about possible charges against him, including any new charges.” The petition calls for a release of Mackievič while he is investigated, and for the setting of a trial date.

Thank you for sharing this, Justin.Report