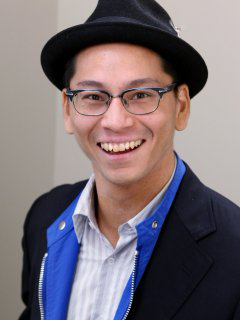 The award aims “to recognize public philosophers working in environmental ethics and philosophy, broadly construed, and who bring unique insights or methods that broaden the reach, interaction, and engagement of philosophy with the wider public. This may be exemplified in published work or engagement in environmental issues of public importance.” It is named for Andrew Light, who is currently Assistant Secretary of Energy for International Affairs at the U.S. Department of Energy (and on leave from his position as professor of philosophy, public policy, and atmospheric sciences at George Mason University).

Dr. Mintz-Woo, a lecturer at University College Cork, is an early career scholar who has already demonstrated a sustained commitment to publicly engaged philosophy. As a graduate student at University of Graz, Kian Mintz-Woo founded, organized, and contributed to the Climate Footnotes blog, bringing climate-related philosophical work to broader publics. In addition, he helped to develop a public art exhibition, Exhibition CliMatters, which was shown in multiple venues in Austria and drew over 1700 visitors. As a postdoctoral fellow at Princeton University, Dr. Mintz-Woo collaborated with Professor Peter Singer on an article, “Put a Price on Carbon Now!” published in Project Syndicate on May 7, 2020. An expanded version of this article was published in 2021 in the journal Climate Policy.

In his current post as a lecturer at University College Cork, Dr. Mintz-Woo has continued and expanded his public-facing work, with several notable contributions in the past year. These include a live radio interview with the national Irish broadcaster reporting from the United Nations COP26 Climate Summit in Glasgow, Scotland; a feature story co-authored with Dr. Simona Capisani (Princeton University) on talking with children about climate change in the Irish Examiner; and an article in The Conversation about carbon capture and storage. Dr. Mintz-Woo has also engaged with policymakers, including through participation in a spring 2021 event organized by Canada’s Citizens’ Climate Lobby, “Creating a Balanced Future,” which addressed provincial parliamentarians. Moreover, Dr. Mintz-Woo encourages and supports public philosophical work and greater attention to climate change within the philosophical profession. In 2021, this work included an interview with Engaged Philosophy blog and an article in the Climate Matters series for the Blog of the American Philosophical Association. Dr. Kian Mintz-Woo’s academic writing focuses on climate ethics, particularly carbon pricing, discounting, and the social cost of carbon.

You can learn more about the International Society for Environmental Ethics here.