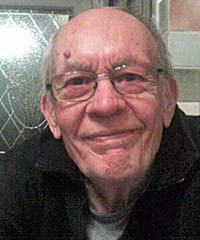 Inwood was known for his work on Hegel, Heidegger, and ancient philosophy. Among other things, he authored Hegel (1983), Hegel and Heidegger dictionaries, commentaries on and translations of Hegel, and articles such as “Does the Nothing Noth?” (1999). You can learn more about his writings here.

Michael Inwood, fellow emeritus in philosophy of Trinity College, Oxford has died on December 31st 2021 a few hours before the new year begun at the age of 77. He was widely known as a highly productive commentator, translator and champion of Hegel’s and Heidegger’s thought as well as of ancient Greek philosophy.

His death has left a large void in the fabric of the spiritual world, obvious to those who think of philosophy as a life dedicated to the pursuit of wisdom and the realisation of true character. To Michael, this implied freedom from material concerns in the sense that his academic position and its status, the college’s institutional context and his salary were but means for the achievement of righteous thought and action rather than personal ends deserving much attention.

Heraclitus says that the cosmic war reveals some to be slaves and others free. Michael Inwood was a free man.[1] Reminiscent of ancient Greek Cynics, he displayed a disregard towards merely material matters, remaining uninterested in fleeting pleasures or traditional high table etiquette, with the notable exceptions of enjoying a variety of hot beverages, at times of dubious quality, and smoking the pipe, probably even after swimming through a flooded Port Meadow in the 1960s or the waters surrounding his beloved Greece’s shores. In general, he focused on immaterial value and the state of the souls that he dealt with, which included his own. One of his preferred therapeutic methods was the telling of the right kind of truth-revealing joke at the right time to the right audience. He seemed to compromise just enough to lend substance to his freedom, without losing himself in the demands of the institutions he was invested in.

Equipped with a strong sense of authenticity, admirable humility and just the right amount of self-criticism paired with no patience whatsoever with pretence, he thus seemed utterly content with his fellowship and office in the less obvious depths of Trinity College. It famously contained an abundance of new and second hand books, towering in piles often higher than average human size. These left just enough floor space for his visitors and him to walk on and he would magically reach into the seeming chaos and cause either a kettle to boil or make just the right book appear to serve the purpose of the conversation, with the audience wondering just how stable those mini-mountains of tomes really were.

His radiantly clear and precise mind was imbued with a relentless intellectual curiosity that consistently made him seek out opinions that opposed his own or those of the thinkers he felt most comfortable with, going as far as remembering the quirkiest details about 19th century Austrian champions of radical libertarianism, Greek politics and the case of the Yorkshire Ripper. Until the end, he seemed very happy to undogmatically challenge his own and others’ truths and opinions, no matter how established, popular or cherished, never succumbing to the temptations of relativism or scepticism. Not ever have I witnessed him being unable to solve unproductive contradictions or unwilling to endure productive ones, and never witnessed him lose sight of his spiritual centre.

With a general taste for unusual projects and a keen desire to help those in desperate circumstances, he was willing to put all other commitments to the side and endure terrible English and sleep-deprivation in order to help his protégées meet university-internal deadlines. Michael’s supervision was a mix of thorough, conceptually challenging and/or jestful, always beautifully written notes on printed versions of the submitted texts in which he unified English common sense, (ancient) Greek realism and Hegelian idealist notions with pub style anecdotes and delightful plays on words. In conversation, he could make one experience the serene, timeless quality of philosophical thought, rendering accessible a realm where the finite is appearance.

Dealing with philosophical traditions where any sentence without an at least third level sub clause and newly minted or creatively re-interpreted vocabulary is considered all too obvious, the density and elegance of his writing seemed to prove that the most deep and speculative truth can be expressed clearly. He thus elegantly united the strengths of the analytic and continental traditions whilst avoiding their weaknesses. His style was the embodiment of what Heraclitus describes as ‘without omission or needless explanation’ and his texts displayed much affection for universality-imbued particulars, while he would cherish mere particulars for their perceived oddity and absurdity.

Throughout, Michael retained his own philosophical voice and a respectful and often humorous distance to his authors of interest, while his never one-sided remarks on the politics and private lives of politicians such as Churchill and Disraeli and philosophers such as the early Hegel and Heidegger could be damning and thoroughly entertaining at once. Imbued with a healthy sense of competition, he keenly observed the activities of his academic peers and read what seemed like the entire body of their work. His numerous literature reviews brought a rare focus on the essential and an amicable sense of humour to a literary genre that is frequently defined by uninformative niceties or all too personal misgivings.

It speaks to his character that although Michael’s appreciation of privacy and prolonged contemplation and his utter lack of vanity made him loathe attending conferences, he graciously accepted invitations when he felt that it would please the hosts. Once surrounded by people, his warm personality, soothing voice, charm, wit and humour enriched every social occasion I was able to witness him at, making me marvel how someone so intellectually and socially competent could be so shy at the same time. One might wonder who will assume his mantle and keep tastefully reminding the philosophical world of what ultimately matters by lived example.

In one of his last publications, Michael dealt with the concept of death and his essay’s dramatic structure suggests that the kind of eternity he felt sympathy for was the one manifest in an authentically lived life:

“To say that a spirit is immortal does not mean, for Hegel, that it is of endless duration or even that it endures beyond the death of the body. The spirit’s immortality consists in its ‘eternity’ […] The spirit is eternal in virtue of its present state rather than its future state—its freedom, self-consciousness, and ‘universality’. On Hegel’s account of immortality, it would make no sense to suggest that spirits communicate with each other after death or that belief in immortality might lead to a devaluation of earthly life.”

In whatever sense he now resides elsewhere, nowhere or still with us, Michael’s passing means that one of philosophy’s most obviously eternal individuals has left a stage, and we are much poorer for it.

[1] The thoughts presented here are based on the experience I had with Mr. Inwood due to his taking on the role of DPhil supervisor from 2007-2012 and the professional and personal meetings and exchanges thereafter.

Inwood’s contributions are without a doubt fundamental to the evolutionary understanding of Philosophy, through his corresponding dictionaries.Report

Sad to hear the loss. May his Soul rest in PeaceReport

Thanks for the nice obituary Sabastien.Report