What, if anything, can be learned by comparing several different accounts of philosophers’ citation rankings and other indicators of disciplinary impact?

In the following guest post*, Eric Schwitzgebel (UC Riverside), takes a look. (A version of this post first appeared at The Splintered Mind.) 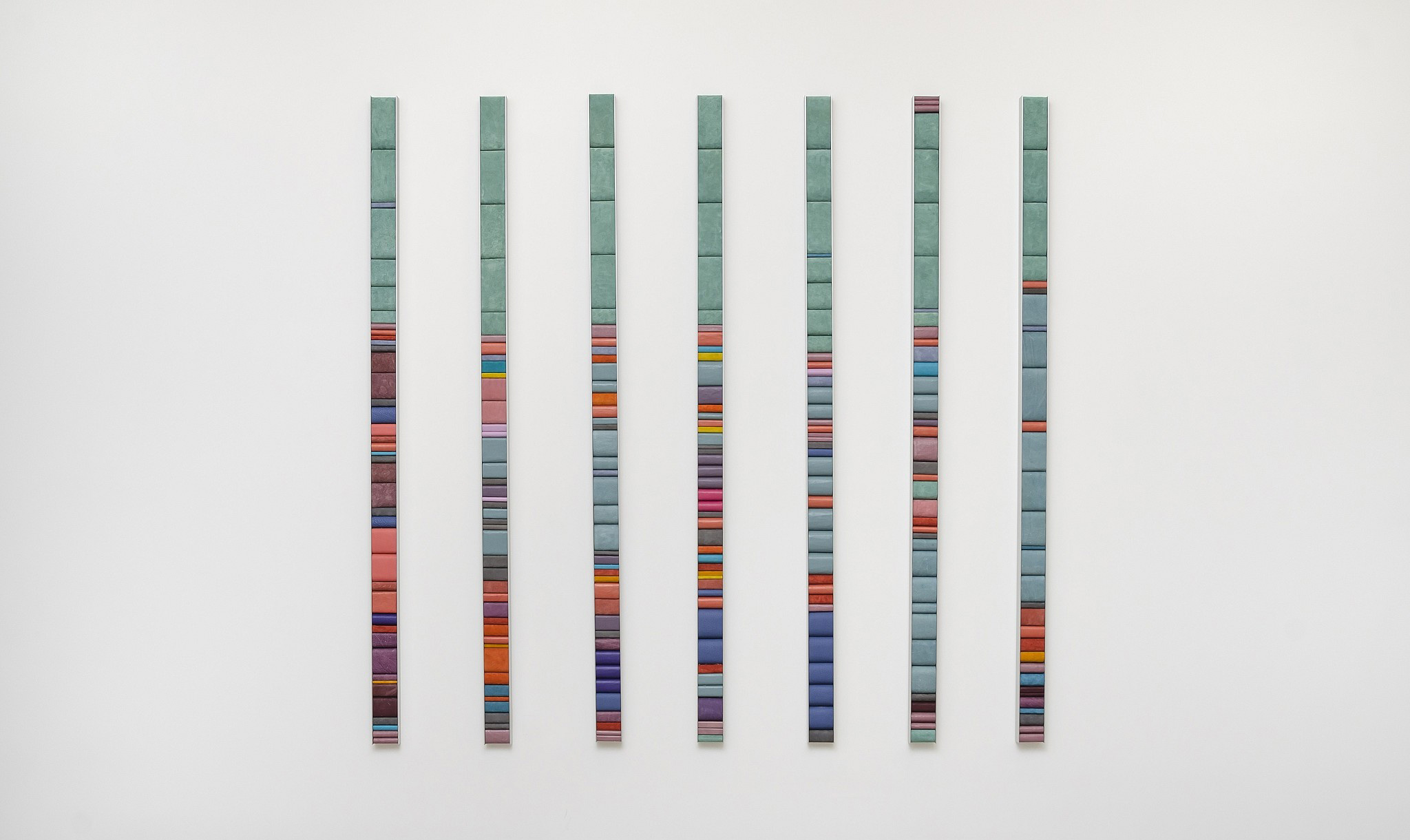 Published rankings of philosophers’ impact or importance might contribute to reinforcing toxic hierarchies, amplifying academia’s unfortunate obsession with prestige. So in some sense, yuck. Nonetheless, I confess to finding rankings of philosophers sociologically interesting. So much in the field depends upon perception. If you’re embroiled in the culture of Anglophone academic research philosophy, it’s hard not to be curious about, and care about, how the philosophers you admire are perceived, discussed, cited, and evaluated by others.

Naturally, then, I was interested to see the Scopus citation rankings of philosophers recently released at Daily Nous. As noted in the Daily Nous post and various comments, the list has some major gaps and implausibilities, in addition to reflecting the generally science-oriented focus of Scopus. Some people have suggested that Google Scholar is better. However, my own assessment is that, if you’re trying to capture something like visibility or influence in mainstream Anglophone academic philosophy, the best (still imperfect) measure is citation in the Stanford Encyclopedia of Philosophy.

Let’s compare the top 20 from Scopus, Google Scholar, and the Stanford Encyclopedia.

The top 20 most cited philosophers in the Stanford Encyclopedia (full list and methodological details here):

In contrast, when I see the Stanford Encyclopedia list I enjoy the comfortable feeling of prejudices confirmed. If asked to list the recent philosophers who been most influential in the mainstream Anglophone philosophy community, I’d probably produce a list not radically different from that one. I’m not saying that these are the most important philosophers, or the best, or those likeliest to be remembered by history (though maybe they will be). And I’m not saying that the list is perfect. But as a measure of approximate prominence in mainstream Anglophone philosophy, the SEP list seems pretty good and much better than the Scopus or Scholar lists.

Besides my own insider’s sense, which you might or might not share, I see at least three sources of convergent evidence supporting the validity of the Stanford Encyclopedia list as a measure of prominence. One is Brian Leiter’s 2014 ranking of philosophy departments by SEP citation rates, which correlates not too badly with Philosophical Gourmet rankings from the same period. That suggests that departments with philosophers highly cited in the Stanford Encyclopedia tend to be rated well by Philosophical Gourmet raters. Another is Brian Leiter’s poll asking people to rank the “most important Anglophone philosophers, 1945-2000“, which generates a top five list very similar to the Stanford Encyclopedia top 5: Quine, Kripke, Rawls, Lewis, and Putnam. A third is Kieran Healy’s 2013 citation analysis of four prominent Anglophone philosophy journals (Phil Review, J Phil, Mind, and Nous), which yields a similar list of names at the top: Kripke, Lewis, Quine, Williamson.

Eric Schliesser sometimes discusses what he call the “PGR ecology” — the Anglophone philosophical community roughly centered on late 20th-century philosophers from Princeton, Harvard, and Oxford, and their students. There is a sociological reality here worth noticing, in which prominence is roughly captured by belonging to departments highly rated in the Philosophical Gourmet, by publishing in or being cited in the four journals chosen by Healy, and by being cited in the Stanford Encyclopedia. The SEP citation metric does, I think, a much better job of capturing prominence in this community than do other better known measures like citation rates in Scopus, Google Scholar, or Web of Science.

After writing this post, I noticed that PhilPapers can generate a list ranking philosophers by citations in the PhilPapers database. The results:

Clearly, what we need is a ranking of philosophy rankings!

The SEP ranking makes a lot of sense for the very highest echelon of Anglophone philosophy, which includes quite a few dead people, as is to be expected. But what do we look at when considering a tenure/promotion file? Most of these people aren’t likely to have any or a significant number of SEP citations. There I think Google Scholar provides the best measure (however flawed), as it allows for relevant comparisons (yes, ugh) and is quite inclusive, without the pro-science bias of Scopus.Report

The Google Scholar list has the problem that it will include people only if they name as one of their areas of interest “Philosophy”. And it includes everyone with a Google Scholar profile that does, which includes many who are not philosophers, among them, strangely, James Joyce (ranked 23rd).Report

Yes, but I’m not talking about this top 20 list. I’m talking about how to roughly assess the impact of someone who is up for tenure or promotion to full. There I think Google Scholar is the best instrument (though for full the SEP may also be worth checking–I expect there’ll be a fairly strong correlation with GS). Whether people include philosophy among their interests is irrelevant in this case. You just look them up individually.Report

Jim Joyce is one of the most influential philosophers working on decision theory.Report

That may well be, but did he also write Dubliners, Ulysses, and Finnegan’s Wake, which are his most cited publications?Report

Maybe we could *not* look at citation counts *at all* when considering a tenure/promotion file. Maybe instead we could read the work (and have others read the work) and make our own judgments as to it’s interest and quality.Report

One thing to note here is that citations in philosophy tend to take a while to accumulate, so for tenure they won’t be super helpful. (I’ve been told it takes over 20 years for papers to get half the citations they will ever get.) Or rather their absence won’t tell you much though their presence will tell you something positive.Report

Mark van Roojen: Yes. But as soon as their presence is used to support one case, their absence will become a reason to deny another case. Not necessarily within the department but at higher levels.

Enzo Rossi: obviously I recognize that citations are not going to be the only criterion used. But I question why they should be used at all. They are a proxy (and an easily quantifiable proxy) for something else — what? Something like “impact,” that is the fact that one’s work is getting taken up and has become a significant factor in the field. But they are a very crude proxy for this, and there are better ones. (1) for the reasons Mark van Roojen mentions (2) because philosophers cite less than other disciplines (3) because citation rates vary between subfields (4) because poor or uninteresting work can be cited (by people arguing against it).

Better proxies: invitations to speak or contribute to volumes, judgments of external referees about the work, etc.Report

About the PhilPeople/Papers list, keep in mind that PhilPeople’s “find a philosopher” feature (what you link to) only retrieves philosophers that have PhilPeople profiles, which doesn’t as a general rule include people that died a while ago. Quine, Putnam, Rawls, and Davidson don’t have profiles, though Lewis does.

Another big difference with the other lists is that PhilPeople/Papers only counts citations in works indexed by PhilPapers. A less impactful difference is that individuals can opt out of representation on PhilPeople (very few have). For these reasons and because the underlying PhilPapers citation linking remains a work in progress, PhilPeople shouldn’t be seen as trying to offer a precise ranking of philosophers by citations. We offer this ordering option because it can be useful if you’re only interested in a coarse indicator of impact/recognition.

I’m surprised nobody has mentioned that you can also order departments by citations on the “departments” page. Of course, the above caveats apply here too, but there is less of a concern with excluding long-dead philosophers (only current faculty members count).Report

Yes, this all makes sense to me. Interesting about ranking departments in terms of citations. I hadn’t noticed that before! As an approximate measure it seems not too bad at capturing departmental prestige in mainstream Anglophone philosophy, with results not too badly correlated with the PGR.Report