I just have a suggestion for SEP. If any political or moral philosopher is interested in putting one for “Fairness” that would be greatly appreciated. It’s such a buzzword inside and outside of philosophy but hasn’t gotten a formal second and third-order systematic analysis. I think it would be beneficial practically and intellectually if we have an entry on it.Report

The Gander
Reply to  Evan

What do you mean by a “formal second and third-order systemic analysis”?Report

Evan
Reply to  The Gander

Good question! I use these terms to help me classify different levels of analysis/thinking. I’m not sure how many levels there actually are, but I’ve identified four so far and I’m working on detailing out the fourth-order approach on my own. It’s been inspired by philosopher of education Philip W. Jackson who observed them in the history of philosophy in his book What is Education?

Therefore, I’m not very original here, but I’m trying to see how far or deep my own thinking can go past the fourth-order approach which is a more creative/imaginative/constructive type of thinking. I’m curious if there is fifth or even sixth-order type of thinking. Maybe they’re ultimate/supreme enlightenment. Who knows? Haha

Jackson called them: Horizontal thought (first-order), vertical thought (second-order), and elliptical thought (third-order). What’s the fourth-order that I’ve identified? Let’s call it “spiraling”. It is the realm of imagination and construction. It can spiral downward or upward endlessly; it can twist or turn; bend or contract. I’ll provide some pics from the chapter.Report 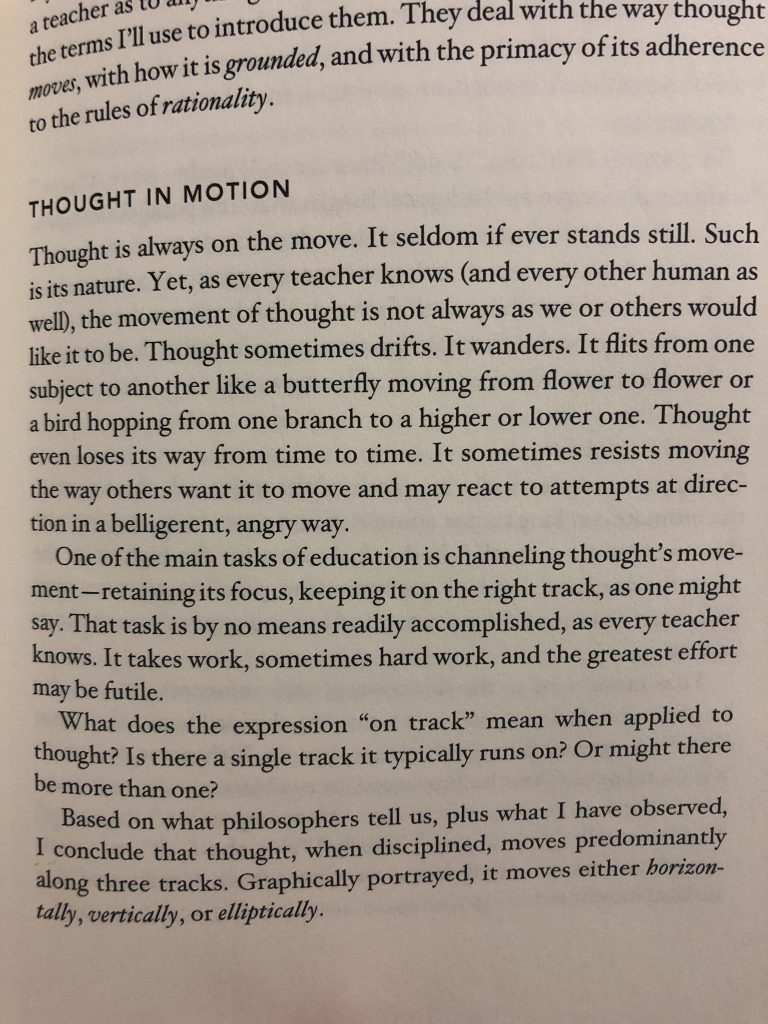 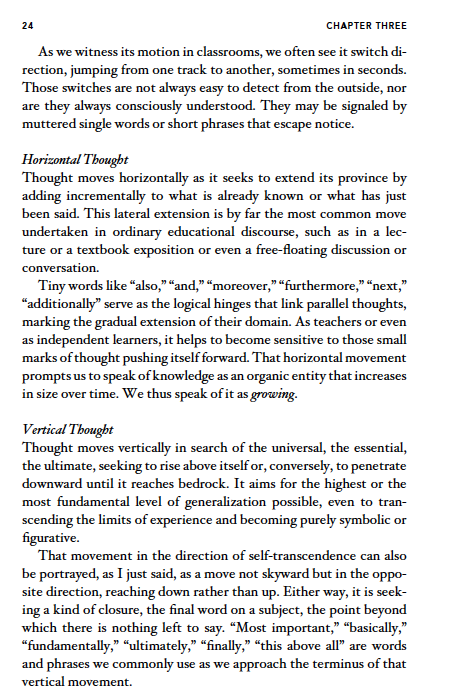 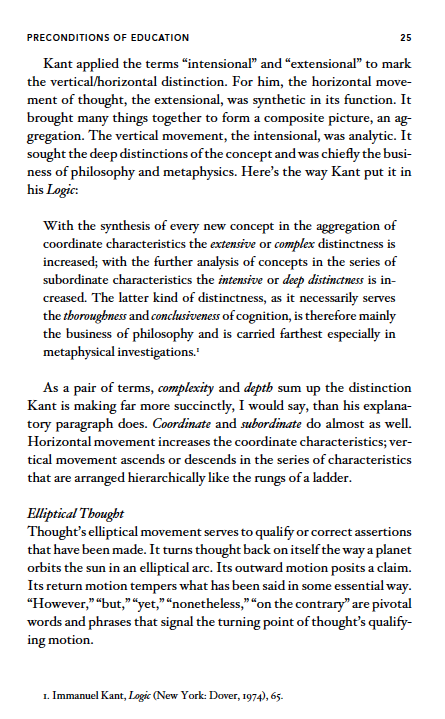 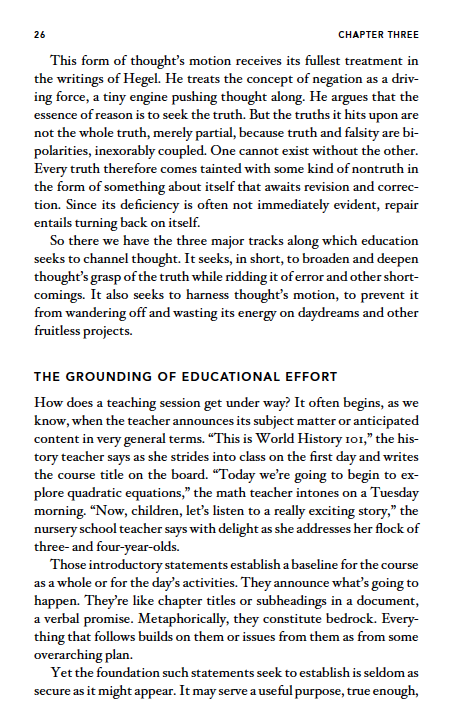 The Gander
Reply to  Evan

Fascinating stuff! If you do not mind, I have two more questions. What would make analyses of these orders “formal”? Also why is it fitting to describe, for example, “spiral” thinking as belonging to a higher order than “elliptical”, “elliptical” as higher order than vertical and so on?Report

Evan
Reply to  The Gander

By formal I mean broadly academic format. People do talk about certain concepts here and there, but when they ‘formally’ do it, I take it to be more serious, logical, and rigorous treatment of it; substantial and not superficial.

I take the levels to be of different difficulty and complexity. First order is very common and easiest for most humans. We mostly just absorb info and memorize.

Second-order is a bit more work because you’re trying to figure something out via analyzing it.

Third order, is less common in typical educational settings because it involves detecting errors, critiquing, self-critiquing, identifying presuppositions, etc. Lot’s of negation is involved. It’s difficult insofar as the error(s) and assumptions may not be immediately detected easily or at first.

Fourth order *combines* all the bottom but involves individual imagination along with it. This is the point when the intellectual training wheels are off or at least aren’t needed. At this stage, people are highly autonomous in their thinking. They don’t easily succumb to the drawbacks of weak and untrained thinking like before. It requires being able to utilize all the bottom levels including its own imagination and creativity.Report