Not philosophy, but as an addendum to Justin’s article (#6) a great photo of Lux and Poison Ivy as college hippies that captures that world. 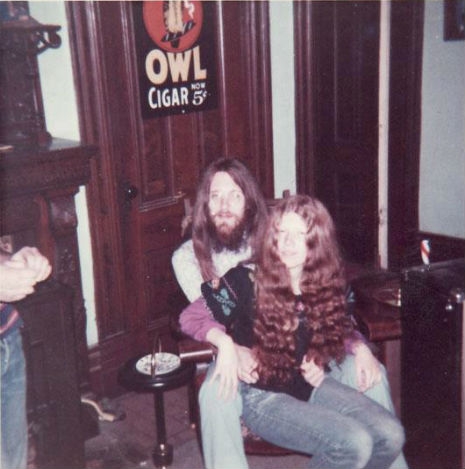 Reaching almost any other habitable place will likely take generations of humans living and dying on board the spacecraft. The first generation can and probably […]

Sebastian Sweetsugars on Philosophers On How the Pandemic Has Changed Us

I am sympathetic to Yolonda Wilson's piece. Like her, I had also seen that 2020 tweet that said: "If you don’t come out of this […]

Congratulations to all the fellows. They all are impressive and many are indeed prestigious. I want to thank both the Marc Sanders Foundation and the […]

Jen on In Defense of the Details (guest post)

Of course, I’d love to. I will get back to you with the revised draft when I get home. Happy Thanksgiving!

V. Alan White on In Defense of the Details (guest post)

A small detail of my own if Justin will allow: most of my comments over the years here have been with simply "Alan White"--and […]

Average Joe on In Defense of the Details (guest post)

Jen, I've definitely witnessed both the reverence for brilliance and the scandalous underrepresentation of non-white, non-males, and disadvantaged in the profession. So I don't doubt […]

Thanks, these are interesting issues. I’ll try to address each one quickly, then I’ll have to bow out and go cook. A general comment: to the […]

Alan White on In Defense of the Details (guest post)

I'm convinced Gary Gutting worked hard trying to find a reviewer for TAPTOE. But what puzzles me more than his failure there is the failure […]

David Macauley on Philosophers On How the Pandemic Has Changed Us

Here is a link to an essay I wrote more than a year ago in the midst of the pandemic. It is called "Finding […]

David Macauley on Philosophers On How the Pandemic Has Changed Us

Here is a link to an essay that I wrote over a year ago in the midst of the pandemic. It is called "Finding