Mary Rowland Haight, a long time member of the Department of Philosophy at the University of Glasgow, has died.

Haight wrote about issues in philosophy of mind, aesthetics, and logic, authoring the books The Snake & The Fox: An Introduction to Logic and A Study of Self Deception. A memorial notice by her colleagues at the University of Glasgow says that Haight “placed aesthetics at the centre of philosophy rather than at the periphery and found imaginative and sometimes playful ways of getting serious points across.” For example, among her writings were a series of pieces for Cogito written as New Yorker articles from the year 2090: 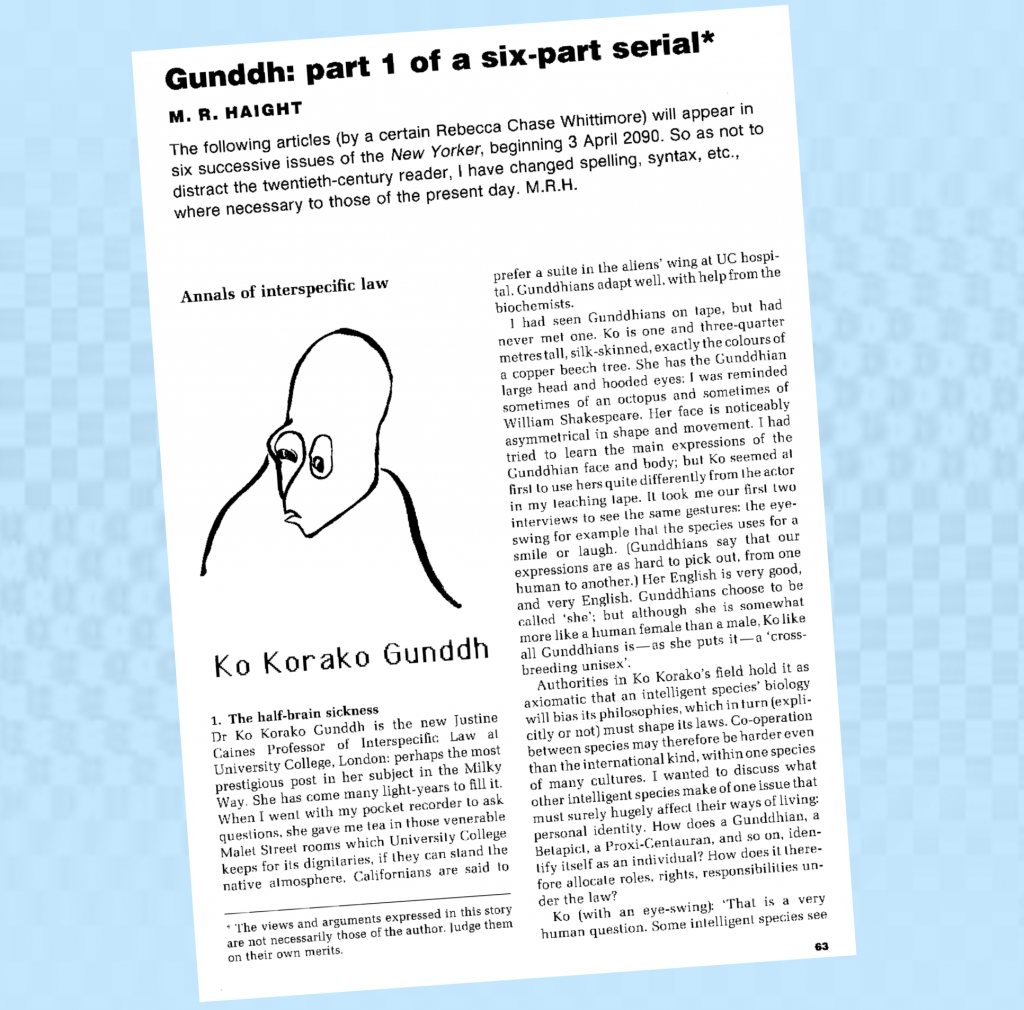 Haight studied philosophy at the University of Oxford before taking up her position at Glasgow in 1967. You can read some remembrances of her here.

She died on October 2nd.

I only took one class with her at Glasgow in my first year (over 20 years ago) so I didn’t know her very well but from my experience she was an excellent teacher and very supportive to students (her kind words to me have stuck with me to this day).Report

I also remember Mary with great fondness- she taught me in 1989.Report