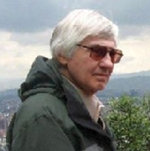 Professor Makkreel was well-known for his work on German philosophy, particularly Kant and Dilthey. One of his books, Dilthey: Philosopher of the Human Sciences (1975) was nominated for the Pulitzer Prize and the National Book Award, and he was a co-editor of a multi-volume translation of Dilthey’s Selected Works. He was also the editor-in-chief of the Journal of the History of Philosophy from 1983 to 1998. You can learn more about his writings here and here.

Professor Makkreel was part of the faculty at Emory from 1973 until 2011. Before that, he was an assistant professor at the University of California, San Diego and an instructor at Rutgers University.

The Department of Philosophy at Emory has posted a memorial notice on its homepage, which notes that “alongside his productivity as a scholar, which was ongoing, Rudi influenced generations of students, undergraduate and graduate alike, in nearly forty years at Emory. He also impacted his colleagues, who admired his depth of learning, gentle demeanor, and passion for philosophy.”