Brian Penrose, a long-time member of the Philosophy Department at the University of the Witwatersrand, died last month. The following guest post is by his former colleagues at Wits. 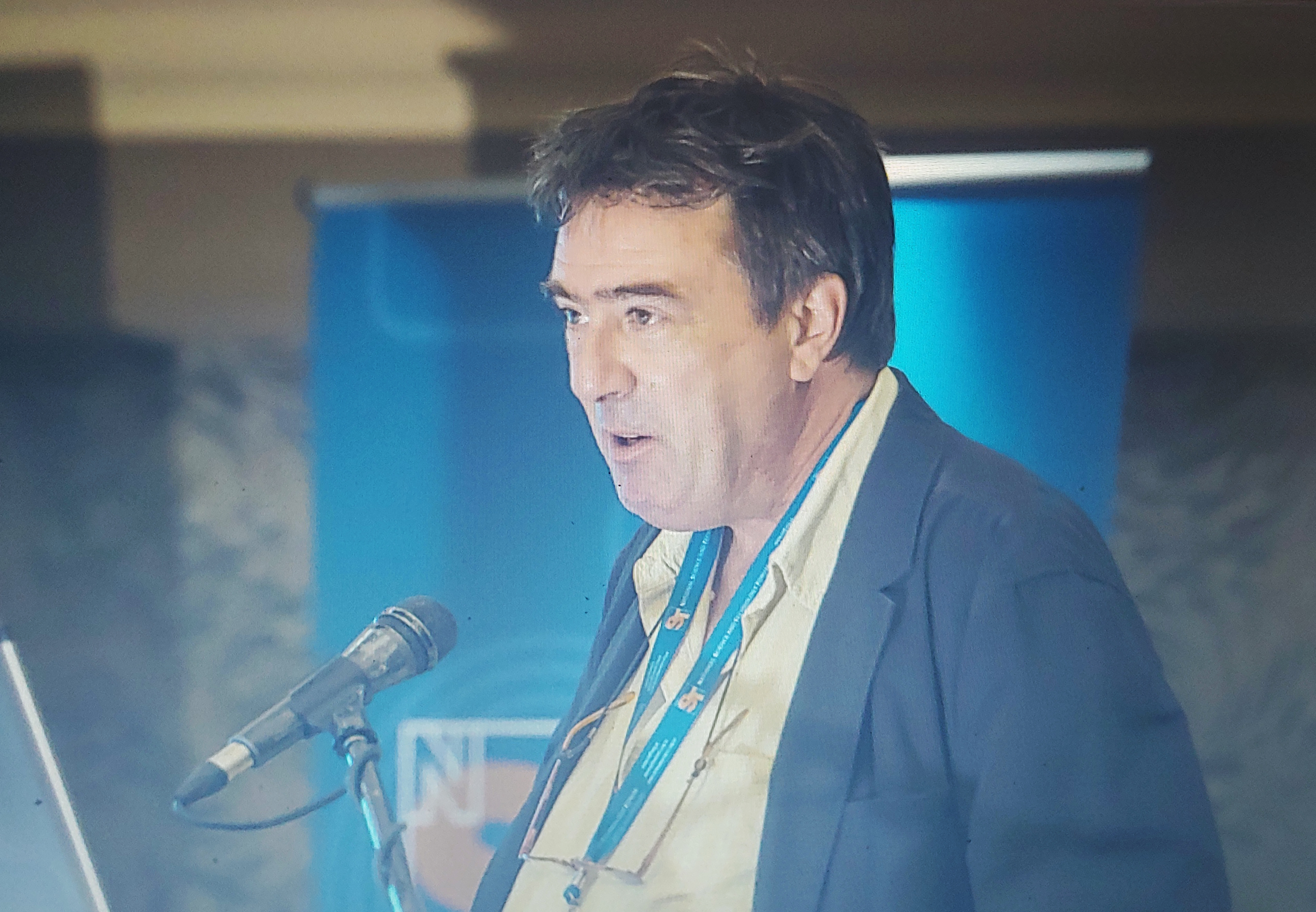 In Memory of Brian Penrose

Brian Penrose, a long-time member of the Philosophy Department at the University of the Witwatersrand, died on the 11th of September. He was 64.

Penrose, as he often referred to himself in classes, lecture notes, and exam questions, earned an MA degree in philosophy from Dalhousie University and an MA and PhD from Cornell; he accepted a permanent position at Wits in 1995, where he remained until his retirement in 2020. During this time, he published significant articles on justice and the family, affective understanding, humility, and several other topics in practical philosophy. He taught primarily in ethics and also developed and curated the department’s highly successful Applied Ethics for Professionals Programme (AEP), which in its being and soul continues to bear his impress.

Brian loved the AEP programme. He took a personal interest in every applicant and spent many hours scrutinizing writing samples and CVs with a view to determining who would fit the course; by the end of the admissions process, that is, the beginning of the programme, he knew the biography of every participant by heart. In his introductory seminar, he described the course as “philosophical boot camp”, something that would make people laugh even though they did not understand the sense in which it was true. Later, once the “AEPers” had presented their research proposals, he would absolutely beam with pride as he congratulated them on the progress they had made. Yet, he said, they should be sure to remember that an MA thesis was not the culmination of their life’s work, the fulfilment of their intellectual dreams, or some other lofty aim. It was a philosophical essay, argumentative in character, though unfortunately mislabelled by the university as “research report”. This was, he seemed to imply, in a comical phrase that he often used, a manifestation of the bureaucratic tail that wagged the academic dog.

Penrose was a meticulous administrator. When he handed over the directorship of AEP in 2017, he wrote a comprehensive set of guidelines for his successor. While these guidelines, themselves an expression of his generous spirit, give empirical descriptions of Penrose’s way of doing things, they set a standard that will never be lived up to again, even as they provide a compass for every succeeding director. The AEP email inbox has been inundated with messages expressing sorrow, admiration, and gratitude, and with anecdotes about his brilliance.

Penrose was an inspirational teacher of philosophy at all levels, mainstream and applied. In recognition of this, he was honoured by the university in 2015 with a postgraduate teaching award. He wrote exceptionally detailed comments on student papers, exhibiting in this a deep concern for each person; this is not to say, of course, that he was always happy with the work produced. He had a gift for getting to the core of research papers, often distinguishing several interpretations of what the speaker might mean and exploring the implications of each. When referring to postgraduate colloquia, he would remark with a smile that he did or did not have a dog in the fight.

Penrose was a superb philosopher who could ask a penetrating question on any topic. He seemed distanced from the material in the best way, that is, the way that permits and facilitates thought. He had a Socratic manner of deprecating himself in seminars, disavowing knowledge, avowing ignorance and confusion, yet asking questions that dissected the matter to the core—the matter, but not the presenter, who was almost always disarmed and encouraged by this thorough going-over. Penrose’s approach to his subject was invariably astute and clear-headed.

Brian was a dear colleague, a gentle soul who took an interest in people, always finding the time to listen; he mulled deeply any problems that were shared with him. Of Canadian provenance, he was welcoming of those who came from afar, sharing the beer and wisdom of a South Africa that he had come to regard as home. Penrose was also a very funny man. He could sometimes be a little grumpy and certainly did not fail to notice the dark side of things. This dark side often took the form of university administration, about which he made many wicked jokes. Penrose will be sorely missed by the Philosophy Department at Wits. He was a fine human being.

We extend our deepest sympathies to Brian’s life partner, Luana Nasser, siblings Jan and John, and his pup, Jack.

By former colleagues at Wits.

Update: There will be an online memorial event for Brian Penrose on the 31st of October. If you wish to attend, please email [email protected] See also the Facebook Memorial Group for Brian Penrose.

Brian was a great teacher, and great personality. I remember fondly his course on utilitarianism, which I took in the late 2000s. I was very sad to hear of his death, as was my partner who was also taught by him.Report