The Britain and Ireland Association for Political Thought (BIAPT) has announced the winners of its Early Career and Mid-Career Prizes.

The prizes recognise scholars employed in Britain and Ireland who have made the greatest overall contribution to research and teaching in Political Thought at their respective career stages.

One of the most exciting developments in the field in recent years has been the emergence and consolidation of comparative political theory, and Dr Iqtidar has been a central figure in this enterprise. Dr Iqtidar combines a genuine interdisciplinarity in her scholarship with publications in leading journals on both sides of the Atlantic, including Political Studies, the European Journal of Political Theory, the Journal of Politics, and Political Theory.

Dr Iqtidar’s research speaks to a number of academic audiences beyond political thought, including South Asian studies, sociology, and religious studies. Her monograph, Secularizing Islamists? Jama’at-e-Islami and Jama’at-ud-Da’wa in Urban Pakistan(University of Chicago Press, 2011) showcases the use of anthropological methods, with a striking dual argument at its core. Dr Iqtidar argues, first, that Islamism is an innovation in Islamic thought that emerged as a creative and oppositional response to colonial secularism. Second, she argues that, despite the Islamist critique of secularism, Islamists inadvertently support the secularisation of society by facilitating a qualitatively different imagination of religion.

Dr Iqtidar has continued to work on questions related to toleration and justice in recent Islamic thought, with due attention to the discursive effects of colonialism and its legacies. She is always working to broaden the range of sources we use for the serious study of political thought, mining sources that have often been historically overlooked.

In addition to her excellent scholarship and her teaching of comparative political theory, Dr Iqtidar is also a fine citizen of the broader research community, having founded the London Comparative Political Theory Group and sponsored the use of imaginative research methods through her work for the London Interdisciplinary Social Science Doctoral Training Programme, as well as making significant editorial contributions. Dr Iqtidar has also served as academic convenor of the Association’s Political Thought Conference. She is a thoroughly deserving winner of the BIAPT Mid-Career Prize. 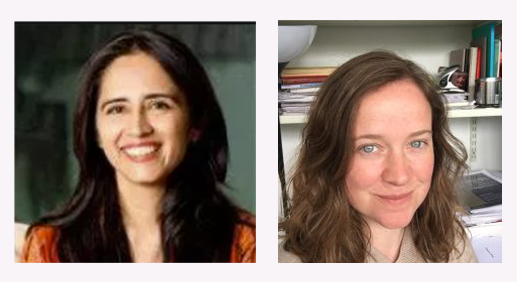 Since defending her PhD at the University of Cambridge in 2013, Dr McTernan has established herself as one of the most innovative and original early-career scholars working in contemporary political philosophy. Her research – much of which focuses on the meaning and implications of political equality – cuts across disciplinary boundaries, combining the rigorous philosophical analysis of moral and political concepts with attention to the methods and arguments found in the contemporary social sciences, including sociology and psychology.

Unlike much of the philosophical literature devoted to the concept of equality, Dr McTernan’s work looks beyond the juridical role of laws and institutions to consider instead the significance of norms and practices in facilitating and maintaining a genuinely social and relational egalitarianism. Her research has thus contributed not only to existing debates, but has also generated new discussions, by focusing normative philosophical attention on oft-ignored social and political concepts such as microaggressions.

In her forthcoming monograph, Dr McTernan develops her work on social equality further, to advance a pioneering conceptual account – and robust normative defence – of the phenomenon of ‘taking offence’. Dr McTernan argues that we should understand taking offence, under appropriate conditions, as a civic virtue rather than a vice, as an emotion that embodies the resistance of social inequalities within a community.

The publication of her writing in first-rank journals such as Philosophy & Public Affairs and The Journal of Political Philosophy, and its support through competitive funding awards by various bodies including The Leverhulme Trust and the Templeton Religion Trust, attest to its significance and international recognition.

As well as her highly original contributions to research in political theory, the BIAPT judges were very impressed by Dr McTernan’s excellence in teaching, demonstrated both by the testimonies of her departmental colleagues at UCL and the overwhelmingly positive feedback provided by her undergraduate and postgraduate students. The judges also appreciated her commitment to the political thought community, and her valued role as one of the academic convenors of the 2019 BIAPT annual conference.

The BIAPT was founded in 2008 and aims to  represent and promote the study of all political thought found across academic disciplines, encompassing work in political science, philosophy, history, law, sociology, economics, cultural and literary studies. You can learn more about the organization here.