Maximilian Noichl (University of Vienna), whose visualizations and data analysis has been featured before on Daily Nous (see here), has taken up a new project: using computers to find haiku in the text of the Stanford Encylopedia of Philosophy (SEP) and make art to accompany them.

Recently, I’ve been looking for accidental ‘haiku’ in the Stanford Encyclopedia of Philosophy. The idea is easy enough: you just let the computer search for sentences with seventeen syllables, and then check whether the line-breaks fall correctly. When applied to the SEP, this produces quite a lot of results: you can read 187 pages of them here. Many of them are quite nonsensical, but I think some of them do work as poems. In a sense they are quite profound—after all, they are from an encyclopedia of philosophy—but in another, they are just random splinters.

I then selected some haiku that I particularly liked, and ran them through vqgan+clip. This is a computer program that tries to find images that closely match texts, with variable success and often entertaining misunderstandings. It has been put together by @RiversHaveWings, @advadnoun, and @jbusted1. They all produce very exiting work, so I can only recommend giving them a look. If you want to try something like this yourself, here is a good starting-point. It’s surprisingly easy! I then did some postprocessing on the resulting images, going for an effect somewhere between stippling and silk-screen printing.

Some of the results are below. Other examples are posted on his twitter-feed: @MaxNoichl. 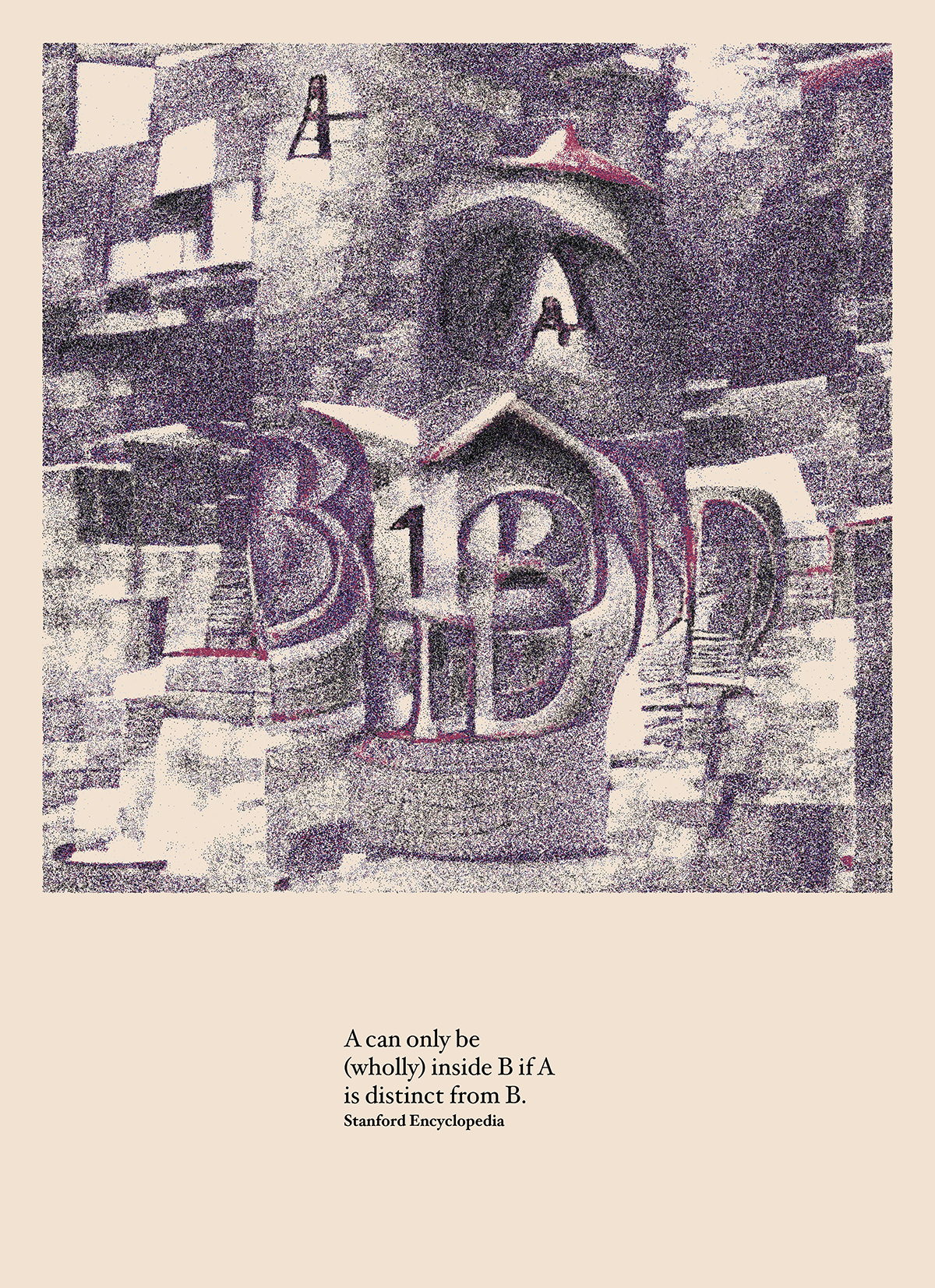 (from “Relations” by Fraser McBride) 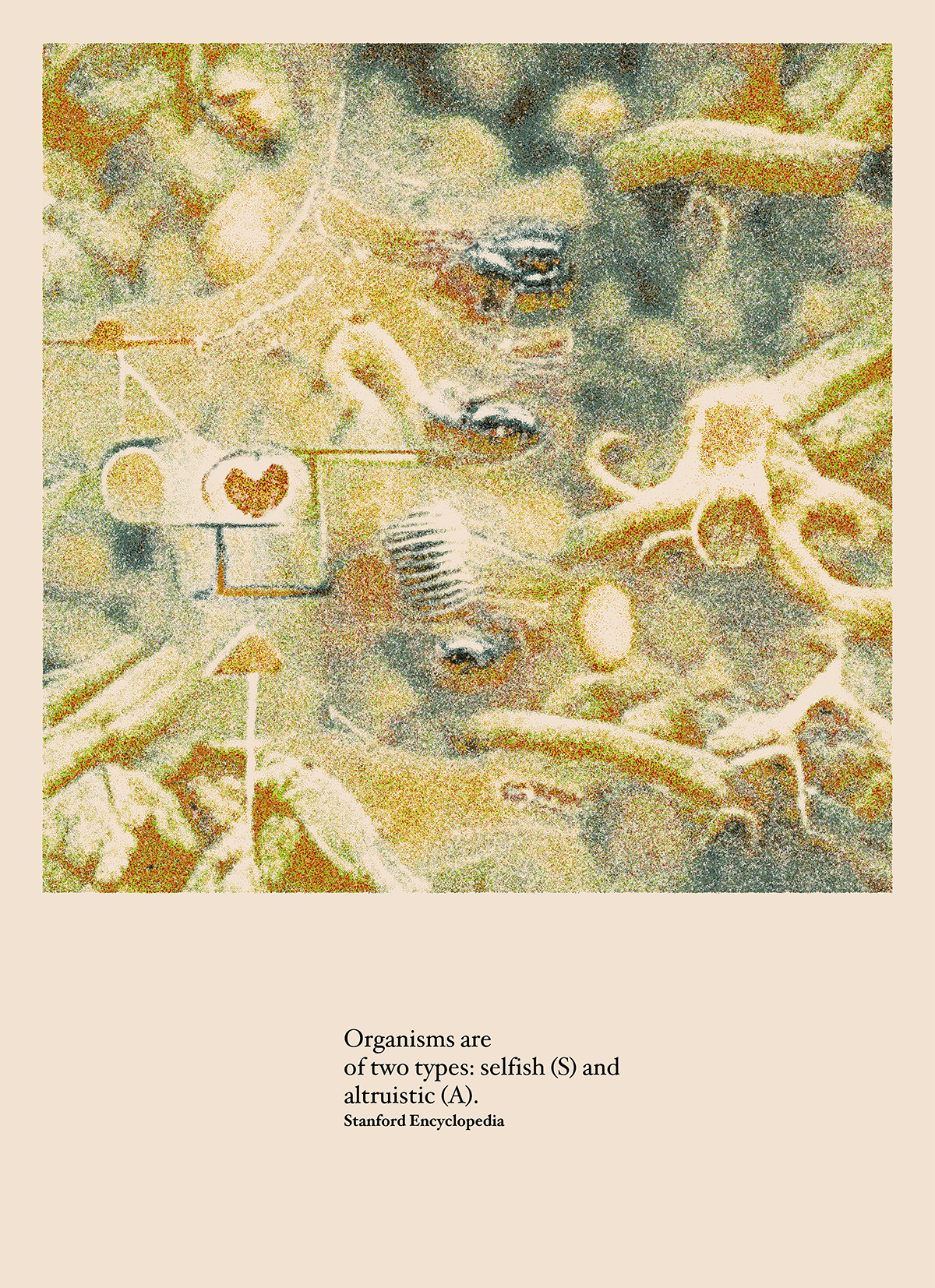 (from “Biological Altruism” by Samir Okasha) 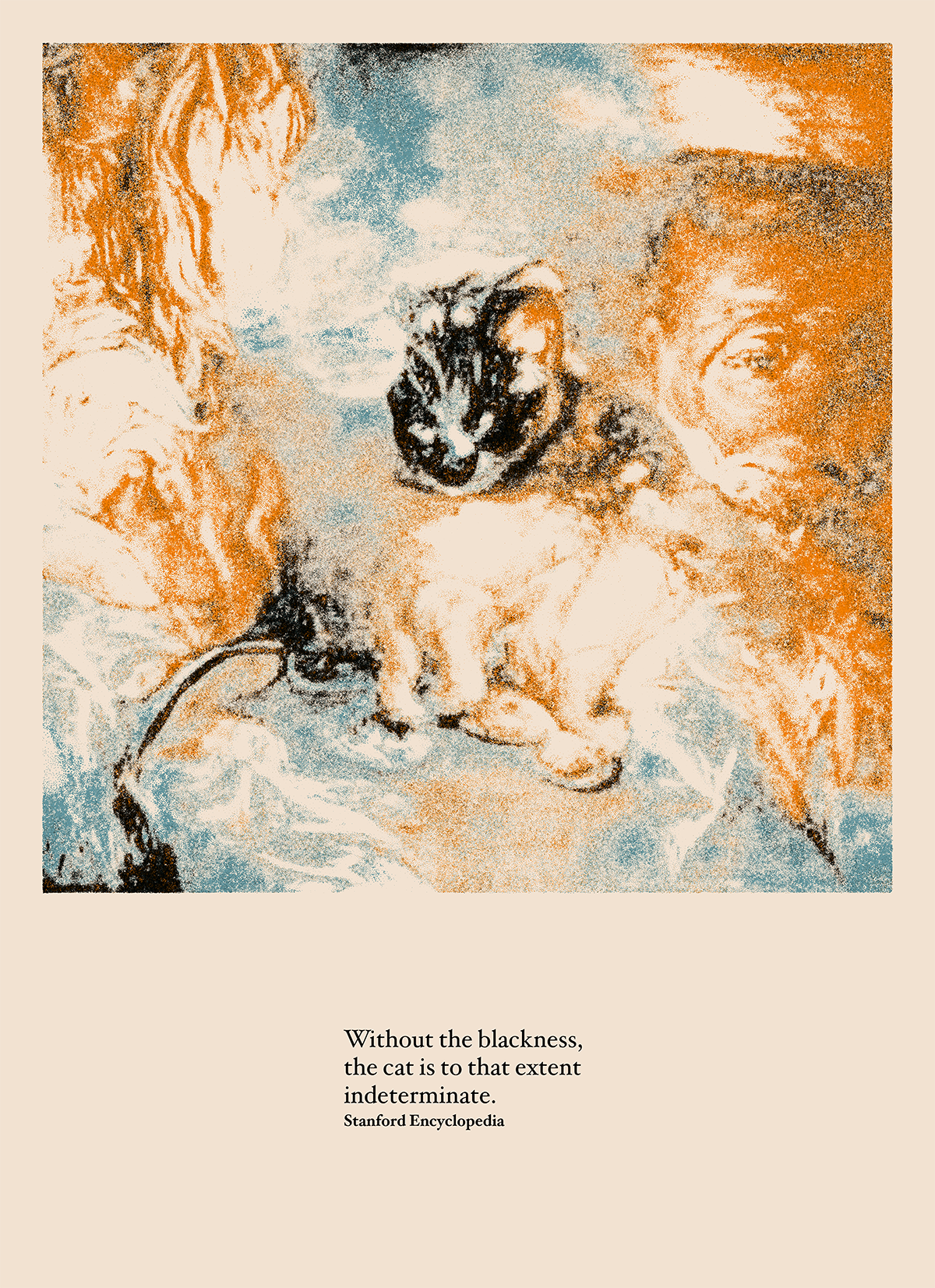 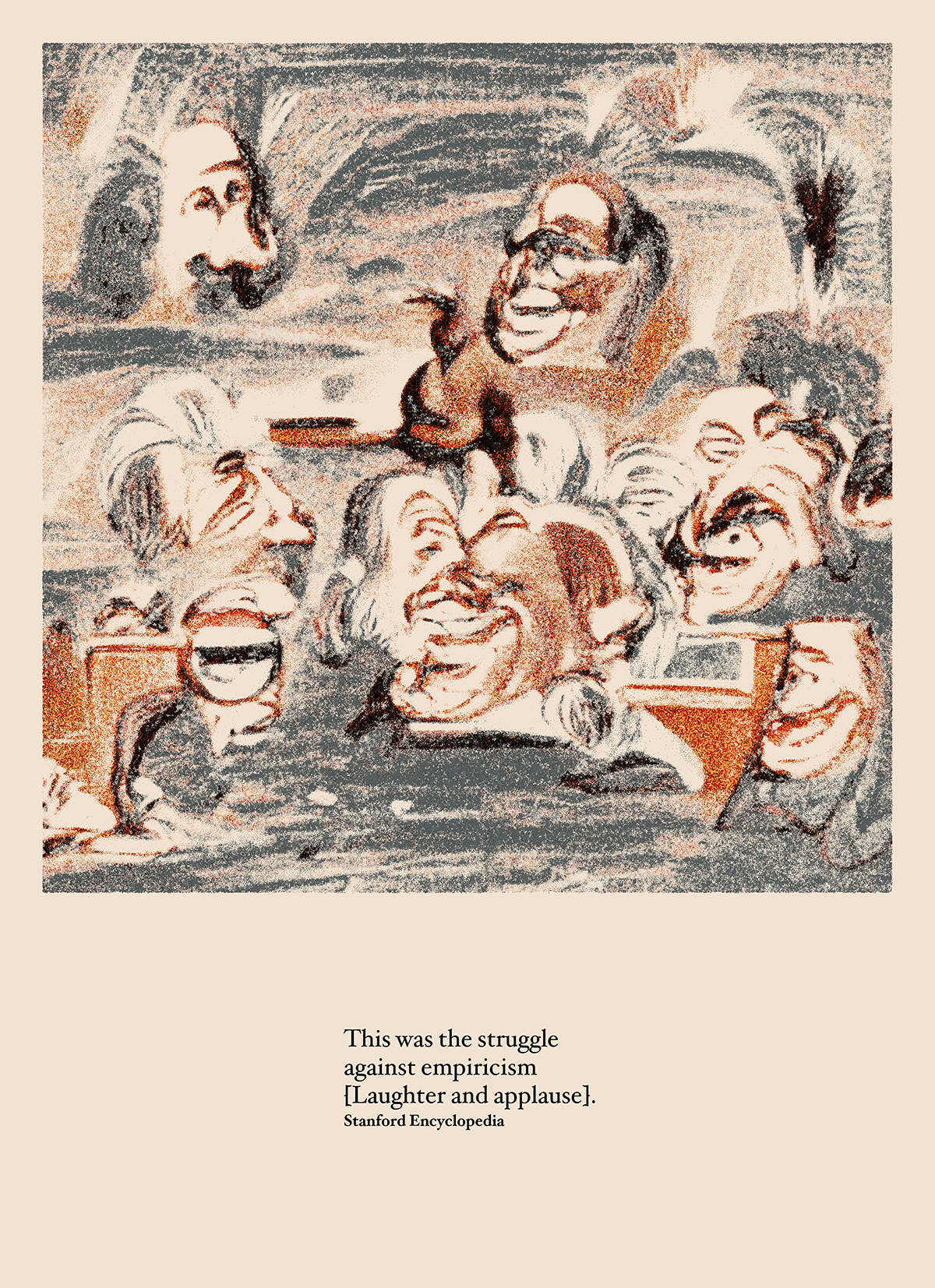 (from “Imre Lakatos” by Alan Musgrave and Charles Pidgen) 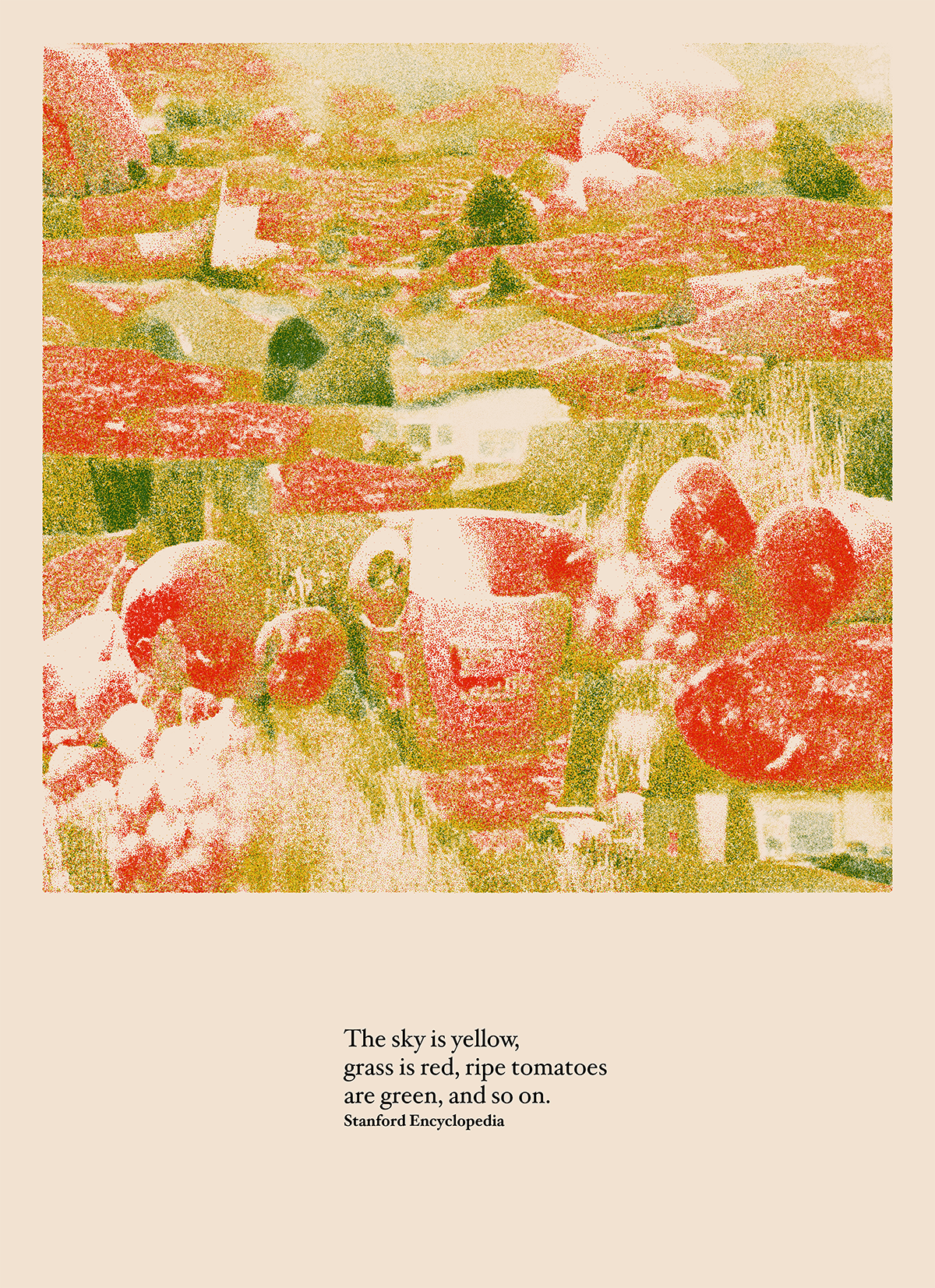 (from “Qualia” by Michael Tye)