The American Philosophical Association (APA) and American Society for Aesthetics (ASA) has announced that Sarah Elizabeth Lewis has been selected as the winner of the 2022 Arthur Danto Prize. 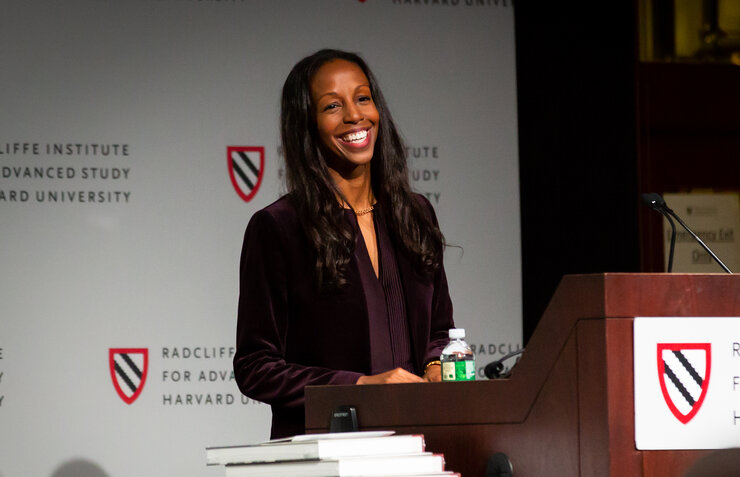 Dr. Lewis is associate professor in the Department of History of Art and Architecture and the Department of African and African American Studies at Harvard University. She was awarded the prize for her article “Groundwork: Race and Aesthetics in the Era of Stand Your Ground Law,” published in Art Journal. In a press release from the APA, Amie Thomasson (Dartmouth College), chair of the selection committee, said:

Sarah Lewis’s paper ‘Groundwork: Race and Aesthetics in the era of Stand Your Ground Law’ is a beautifully written, original, and penetrating paper that reflects on the concept of ‘grounding’ as it considers a range of works of art that address racialized life in the US. It is important work that insightfully bridges philosophy and art criticism, in a way that fits in perfectly with the legacy of Arthur Danto’s own work.

The Danto/ASA Prize is awarded every other year to a member of the APA and the ASA for the best paper in the field of aesthetics, broadly understood. It is in honor of the late Arthur Danto, and includes $1,000 and a symposium session on the winning paper at an upcoming APA Eastern Division Meeting.

Honorable Mention went to Michel-Antoine Xhignesse (Capilano University) for “What Makes a Kind an Art-Kind?”, published in the British Journal of Aesthetics.

Further information about the prize, including a list of previous winners, is here.

Coffee Dad on A Tale of Two Resignations

There's publishing an opinion and there's making culture war noise. Sometimes you can do both at once, but I've seen enough of Boghossian's public activity