“I realized I couldn’t be what the officials were expecting of me. You got to put that in your head so they can’t break you. They want to break you. If you’re not broken, they say you’re crazy.”

Those are the words of artist Winfred Rembert, describing his time in prison and being forced to work as part of a chain gang in the late 1960s and early 1970s owing to his involvement in the civil rights movement in Georgia. 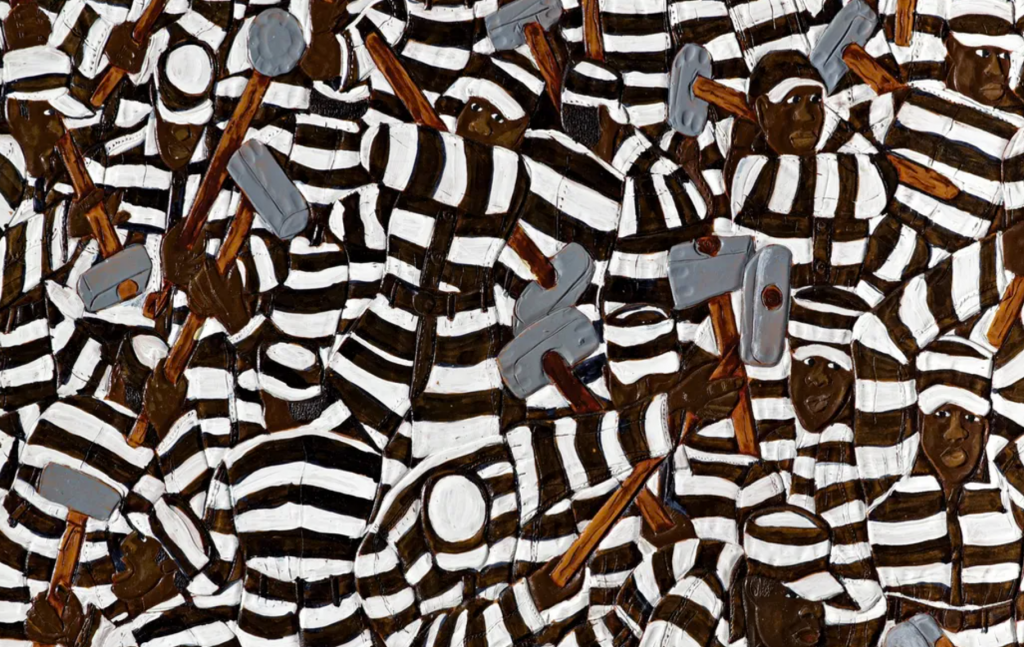 They were told to philosopher Erin Kelly (Tufts), who met Rembert in 2015 while researching a book on criminal justice. She says:

He told me he wanted to share his life story in his own words but needed help writing it. From 2018 to 2020, I visited his home every two weeks or so to interview him. I transcribed and arranged his reflections and then read the pages back to him. Each time we met, we dug deeper into Rembert’s thoughts about what he had lived through.

Rembert died in March, but the gripping stories and moving thoughts he discussed with Kelly will be made available in August as the book, Chasing Me to My Grave: An Artist’s Memoir of the Jim Crow South.

An excerpt from the book has been published in The New Yorker. If you read one thing today, make it that.

(Note: This post originally misstated the month in which Rembert died.)

This looks amazing. I’m excited to read the book!Report