Last week, German philosopher Jürgen Habermas was declared the 2021 Sheikh Zayed Book Award “Cultural Personality of the Year.” Over the weekend he announced he will not accept the award. 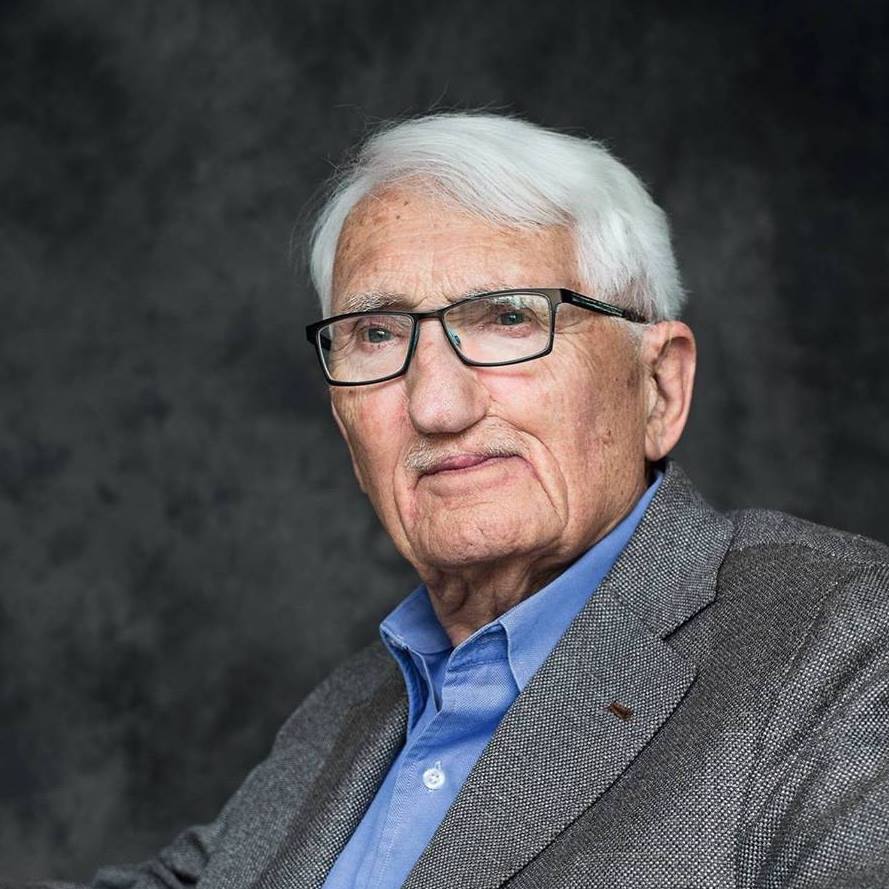 The award is bestowed by the United Arab Emirates (UAE) government and named for Sheikh Zayed bin Sultan Al Nahyan, the first president of the UAE. It is intended to honor a prominent Arab or international figure or organization for their contribution to the advancement of Arabic culture, and comes with a prize of 1,000,000 UAE dirhams (approximately $272,000).

“Rarely do we find prominent figures in the philosophical, cultural and intellectual field like Jürgen Habermas. His career has been full of accomplishments and distinguished works, which have made him the most present and influential voice in German cultural life for more than 50 years,” said Dr Ali bin Tamim, Secretary General of the Sheikh Zayed Book Award and Chairman of the Abu Dhabi Arabic Language Centre, according to news reports.

Habermas had initially agreed to accept the award, but then changed his mind. “That was a wrong decision, which I correct hereby… I didn’t sufficiently make clear to myself the very close connection of the institution, which awards these prizes in Abu Dhabi, with the existing political system there,” he said via his publisher, according to The Washington Post. (This article summarizes human rights violations in the UAE.)

The UAE, on its website, said said it “expresses regret” for Habermas’ decision “but respects it,” according to the Associated Press.

I’m sure he would decline a prize from the NEH or the Royal Institute, too. After all, just in the last few decades, the political systems that are associated with these countries have engaged in illegal wars, war crimes during those illegal wars, etc. etc.Report

I don’t think he’s making a condition that he will only accept prizes from governments with *no* problematic behaviors. He’s just setting a *threshold*. (I think the UAE was involved in nearly all of the illegal wars you are mentioning *in addition* to their domestic repression, and completely anti-democratic nature.)Report

Fair point, Kenny. I sill find it funny when European and American academics feel very heroic when they boycott third-world countries or even Israel while (i) their own governments do worse things internationally, and (ii) most of those dictatorial regimes live on financial and military support from the US and Europe.

(I don’t think UAE was involved in the Iraq war. Though their involvement in Yemen is bad enough).Report

How heroic do you think Habermas feels?Report

The UAE is not a third-world country….Report

Well, “third-world” is silly anyways. “Developing” is the better term. UAE is that. Despite the tall building.Report

In what sense is it a developing country? It’s growing, but that’s neither here nor there. According to the UN’s 2019 Human Development Index, the UAE is among those countries with the “very highest human development.” It is ranked 31st overall, just below Italy and above Greece.Report

Obviously, these are always contested terms. But here is UN’s classification of world economies

And here is IMF’s classification:

I don’t understand the outrage. Many a great writers and philosophers have declined the Nobel Prize in literature. Jean-Paul Sartre was one of them.Report

In fact only one other person besides Sartre (1964) in the 100+ year history of the Nobel Prize in literature has ever declined it: Boris Pasternak (1958), who was forced to do so by the government of the Soviet Union.Report

One other relevant difference is that NEH and the Royal Society are fairly insulated from the political leadership of their respective countries. (I’m not sure the UK government has any control over the Royal Society at all, beyond giving it a block grant. The US president appoints the NEH chair but I think it’s usually been pretty non-political.)

Note Habermas’s wording: “I didn’t sufficiently make clear to myself the very close connection of the institution, which awards these prizes in Abu Dhabi, with the existing political system there“.

(I also agree with the threshold point, FWIW.)Report

It doesn’t matter what he does. His gesture has no value. This article is the extent of the influence this will have.Report

What a pessimistic view… But wrong nevertheless; for any little gesture recorded has the potential to change some other person’s view. Very much like a little pebble that dislodges itself way up a steep hill side and starts a huge rock slide… Bravo Mr. Habermas, integrity is not for sale yet.Report

If it was Foucault he would have accepted the prize, as demonstrated by his eager embrace of the Ayatollah’s regime around the time of the revolution. Supporting or accepting regimes (or prizes from regimes) with anti liberal policies should be a line in the sand. Unfortunately, even with the hypocritical stench of America First Nativism & the U.S.’s active role in maintaining, and in some cases, upending international security, the question of what constitutes a rule of law regime is put into question. But the UAE & SA (especially Saudi Arabia) practice domestic repression & engaged in the Yemen bloodbath. Habermas’s award rejection was consistent with his commitment to international norms lending to peace and security. Granting legitimacy to autocratic (i.e., anti democratic) monarchs is not a good look. Other zealots like those in the Shiite dominated Islamic Republic also shouldn’tbe propped up.

Post modernists are too playful to draw lines in the sand.Report

One thing some folks seem to have missed here: Habermas is clearly embaresed that he let this happen, not proud that he gets to make a big point of his disapproval of the UAE. He fucked up in not looking into this thoroughly. He knows it. His statement owns up to it.Report