The British Journal for the History of Philosophy has announced the recipient of the 2020 Rogers Prize—its annual prize for the best article it publishes. 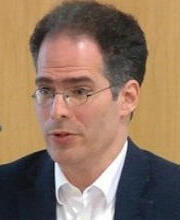 Two rival scholars from Shiraz in Persia, Dawānī (d. 1502) and Dashtakī (d. 1498) engaged in a bitter and extended dispute over a range of metaphysical and logical issues. One of these was the liar paradox. Their debate on this point marked the most extensive scrutiny of the paradox in Arabic until that time. Dashtakī’s solution was to deny that the statement ‘What I say is false’ is true or false, on the ground that there is one statement and one application of the falsity predicate. Given that – ex hypothesi – there is no other statement, there is no basis for a reiteration of the truth or falsity predicate and describing the statement itself as true or false. Dawānī’s solution was to deny that ‘What I say is false’ is a statement at all, and he argued that it is instead akin to a performative utterance such as ‘I hereby sell you this’.

The runner-up for the prize is Ursula Renz, professor of philosophy at the University of Graz, for her paper ‘Cassirer’s enlightenment: on philosophy and the ‘Denkform’ of reason’ (volume 28, issue 3). Here’s the abstract of her article:

This paper examines the way in which Cassirer implicitly commented on current issues in his historical studies, proposing a case study on his monograph The Philosophy of the Enlightenment, published in November 1932. It begins with a general overview of a few famous and a few neglected instances of Cassirer’s position-takings through historical studies, before discussing briefly the context in which this monograph was written and examining how the Enlightenment is presented in the monograph from 1932. The paper claims that at the centre of Cassirer’s engagement with the Enlightenment was his concern with the autonomy of reason. The way in which Cassirer elaborated on this further shows that his defense of the Enlightenment was not just directed against the threats of totalitarian politics, but also had the aim of clarifying the nature of philosophy and its place in culture. This, however, the paper concludes, does not refute the notion that Cassirer was concerned with current politics when writing The Philosophy of the Enlightenment. The point is rather that he comprehended philosophy as political just in virtue of its exercising the autonomy that characterizes reason.