A study of papers published in academic science journals on the topic of “cave science” found that “papers containing higher proportions of jargon in their titles and abstracts were cited less frequently by other researchers.” 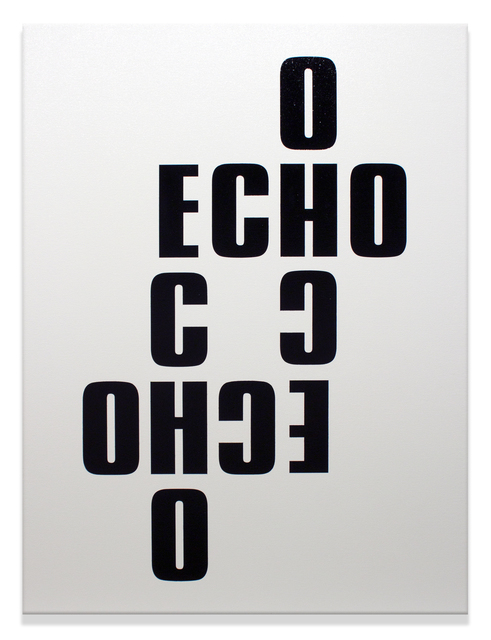 The study, “Specialized terminology reduces the number of citations of scientific papers,” by Alejandro Martínez and Stefano Mammola (both of the Water Research Institute at the National Research Council, Verbania Pallanza, Italy) focused on cave science because, according to a New York Times article about the study, “cave science is a particularly jargon-heavy field” that attracts researchers from a range of fields, like anthropology, ecology, geology, and zoology, “each of whom brings their own terminology.”

Do philosophy papers that contain a higher proportion of jargon in their titles garner fewer citations?

I took a quick, unscientific look at the question. I used Web of Science to search for articles on “mind” or “consciousness” published in philosophy journals from 1980 to 2010 to see which are the most cited. (I picked mind/consciousness because that’s an area of research that a range of scholars who aren’t philosophers also work and it does have its share of jargon.)  Below are the top 50 results. There are probably better ways to do this, but this was relatively easy; feel free to suggest alternative methods, or even better, just do them and share your results in the comments.

What can we learn from this, if anything? It’s hard to say. In part this is because of the nature of the sample, which is small, and because I only scanned the titles of the articles for jargon, not the abstracts. (It would be great if someone wanted to approach this more carefully!) Additionally, there is some ambiguity as to what counts as jargon. Sometimes “jargon” is used to refer not just to unfamiliar words/phrases but also to familiar words/phrases used in technical ways or as “terms of art.”

In the next ten (11-20) we see jargon (such as “naive introspection,” “intersubjectivity,” “enactive”, and “extended cognition”) in four of the titles. Looking at the middle ten (21-30), we get more jargon, such as “socially distributed remembering”, “input/output logics”, “cognitivism”, “the exclusion problem”, and “finite-state automaton.” One article has a non-jargony title, “Acting Contrary to Our Professed Beliefs” but a jargony subtitle, “the Gulf between Occurrent Judgment and Dispositional Belief.” That gives us 5 or 6 articles with jargon in their titles. In the next set (31-40) we get 3 (“heterophenomenology,” “phenomenology,” “precursors”). Turning to the 41 through 50 on the list, jargon includes “valence,” “intransitive self-consciousness”, “intrinsic content”, “generics,” and possibly “reduction,” getting us 4 or 5 titles with jargon.

Going with the higher counts of jargon, the distribution looks like this (left to right = higher citation counts to lower; jargony titles marked with an X).

If we look at just the top 12 most cited articles, it does seem that more jargony titles are cited less. So: boo jargon. On the other hand, nearly half of the top 12 most cited articles have jargony titles. So: jargon, no big deal. That our conclusions about what we can learn from this little exercise depend so much on framing suggest that we probably ought to refrain from drawing conclusions until we have more, and more thorough, research on the matter.

The authors of the cave science study think that the use of jargon risks hampering communication across different disciplines, a phenomenon they dub “Wittgensteinian shortfall”:

Not without irony, we would like to conclude by introducing a new jargon ourselves: the ‘Wittgensteinian shortfall’. Since words are tools to communicate ideas, let this obscure combination of terms be used to raise awareness of the problems previously discussed by associating the philosophical ideas of the late Wittgenstein with the shortfall metaphor frequently used in used in ecology. We define the Wittgensteinian shortfall as the inability to successfully communicate specific ideas across different scientific communities. These different communities could thus be seen as characterized by different language games.

We might wonder about the degree to which philosophy is subject to “Wittgensteinian shortfall.” To figure that out, we’d need to produce distinct citation counts based on citatations of articles in philosophical works and in non-philosophical works. It would be useful to hear if anyone is working on that or  related matters.

In general, philosophy has a high rate of uncited publications. If jargon is a contributing factor to that, it would be good to find out.

Related: “Biting the Bullet”: A Note on Style from Caspar Hare

My concern with philosophy is that it has ninja-jargon / cryptojargon, or jargon that readers don’t know is jargon. For example, “extended” is a word that most people will think means “elongated”; likewise with “obtains” which is used to mean “holds true” but most people will think means “gets something.” “Property” is arguably this in that it doesn’t have so much a different meaning as a hyper-precise one; “mind” is arguably this, too. So readers may read a medical publication and think “I don’t know many of these words so I don’t know what this means”, while the same thing may not happen in philosophy publications.Report

Nearly as I can tell, all uses of “mind” as a noun are jargon. But I’m no etymologist, mind you.Report

I wouldn’t say so. “I’m of two minds about it” is something people say. And “he’s out of his mind.” I’m sure more examples could be generated. Though certainly philosophers do use the term in a much more technical way.Report

One worry is that picking philosophy of mind may skew the results a bit due to much of the jargon being shared across disciplines. For instance, “phenomenology”, “cognitivism”, “naive introspection”, “finite-state automaton” and the like show up pretty often in work from psychology. Even more obscure jargon like “family resemblance” and “cluster concept” are common because of Rosch’s work, and “module” in Fodor’s technical sense is common as well. Philosophers of mind and psychologists talk with each other enough that I feel we’re often at least aware of one another’s jargon, even if there isn’t always full understanding. And the divergence point between philosophy and psychology is recent enough that much philosophical jargon persists.

Embodied cognition is also pretty big in certain psychology circles. I believe Rosch does work on it. The cognitive linguists are big fans of it as well. So jargon relating to the extended mind and even enactivism has been taken on by the cognitive sciences.Report

I suspect the top of the citation lists is not where it matters. So many of those authors are going to be followed because of the people writing the papers, not because of titles.Report

My education is in engineering rather than philosophy, so I’m probably coming at this from the science side, but my feeling is: although jargon might be needed for detailed discussion of a subject—for precision or conciseness—it should be possible to express the core concept under discussion without jargon. Jargon in a title can mean that you’ve not got a clear enough grasp of what’s at the core to express it in everyday language, so you’re relying on your discipline’s accepted understanding of it, crystallised into jargon, rather than communicating your own clarity of understanding to a potential reader.

Jargon is shorthand used for already understood concepts; an article title introduces a concept which the article hopes to make understood.Report