Edmund L. Gettier III, professor emeritus of philosophy at the University of Massachusetts, Amherst, has died.

Professor Gettier had interests in philosophy of language, metaphysics, and logic, but was known for his work in epistemology—famously, for his 3-page article, “Is Justified True Belief Knowledge?“, published in 1963 in Analysis. In the paper he provided a pair of cases that served as counterexamples to the traditional analysis of knowledge as justified, true, belief. Those types of cases became known as Gettier cases, and the challenge of repairing the traditional analysis of knowledge in light of them came to be known as the “Gettier problem.”

The short article spurred an enormous literature dedicated to its particular problem, and, in turn, a wider range of issues in epistemology. As one commenter noted in an essay about the Gettier problem, “If you added up the number of times that this article has been discussed or cited in the literature (thou­sands of times), and divided that by the number of words in the article (approximately 930), the resulting quotient would be larger than the quotient for any other work of philosophy ever published.”

Prior to moving to the University of Massachusetts, Amherst in 1967, Professor Gettier taught at Wayne State University. He earned his Ph.D. at Cornell University.

He died two weeks ago.

[Note: The photograph originally accompanying this post was not a photo of Edmund Gettier; it has been replaced with a photograph that those who knew Gettier confirm is of him. I am sorry for the mistake.] 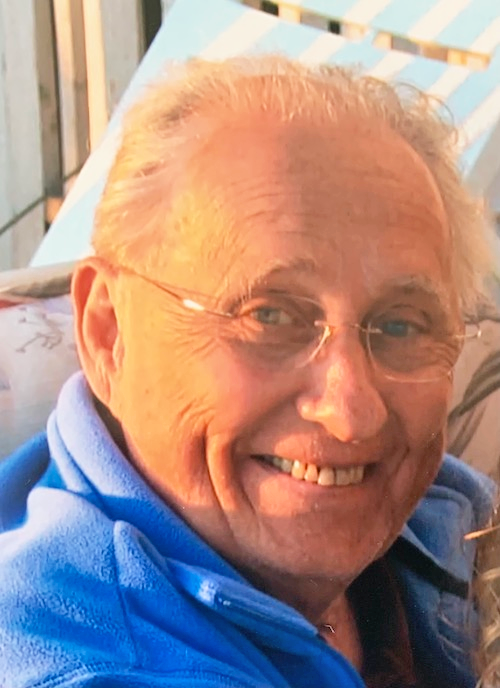 Ed was a wonderful man. I don’t know who the man in the photo is, but it is not Ed unless he dramatically changed his appearance at some point.Report

I think the picture is his as it has been around for some time all over and there is a resemblance to his earlier picture.Report

Thanks, Ben. That photo is described as a photo of Gettier in a number of places online, but I have removed it for the time being until I can confirm it is him.

UPDATE: Ben was correct. I’ve now replaced the original photo with an accurate one. I’m sorry about the error.Report

Ben, I apologize, it seems that not only was that not Gettier’s picture but as stated by Christian Kendall-Daw on Twitter it is a picture off a Kadampa Buddhist monk Gen Sangye (https://twitter.com/dailynouseditor/status/1381805149681807365) I have confirmed with google images and a you tube clip and this seems to be correct. Now, the question is, since this picture has been associated for some time with Gettier, how did this come about? This also brings to me the problem of how reliable are testimonies in the seeking of knowledge.Report

The photo above is of Edmund Gettier. He is my father. SheilaReport

Thanks for that statistic, yes indeed if you go by citations per word of the paper there is no match, not even Plato’s Republic.Report

What is also amazing is that the approximately 930 words haven’t been read properly in most of the citations to Gettier! This is dazzling to me!Report

I wonder why there is no specified date of his death! I am searching!Report

He died March 23, 2021. We are working on doing his obituary justice with many sources in the midst of grieving.Report

Thanks! May God rest his soul!Report

Ed Gettier gave me the best advice for writing: “Above all, make it clear. And make it short if you can.” I’ve tried my best to do that.

He was a kind person, and cared about getting ideas right.

One word summarizes Ed’s working practice at UMass: napkins. (And if context is demanded: Newman napkins.)Report

For UMies from long ago, those would be Whitmore napkins, Whitmore being the UMass administration building in the coffee shop of which Gettier used to philosophize -terrifically well, generously, and enthusiastically – largely by writing it down on napkins)Report

Earl, I hope you are doing fine! You may not remember me but I was AI for you in a logic course at IU in the 80s.Report

R.C. Sleigh, in the Introduction to the festschrift for Gettier’s 60th birthday, mentions that Gettier’s student Del Ratzsch only half-jokingly wanted to publish The Collected Napkins of Ed Gettier.Report

Yes, the Whitmore coffee shop Napkins! I recall one with a simple but decisive counterexample to a model I was then proposing. Of the many excellent courses at UMASS, I think the most exciting one for me was his modal logic class with a stress on multiple philosophical applications. No slides, but multiple whiteboards covered rapid fire, at a dizzying rate, with Ed’s commentary throughout, and him breaking out in a sweat by the end. It (the performance, the content, and the vision of formal philosophy conveyed) was exhilarating!Report

Don’t forget all the badminton! I miss those days. Just now I especially miss Ed.Report

Yes David we do as well. We (his family) love reading about him and what fond memories people have of him or of his work. He so enjoyed his work but also his badminton with his students and colleagues!Report

I do remember David. He invited me *once*. I had played a lot of handball in high school, and backyard lazy beer-in-hand badminton, but at Ed’s level, I missed the birdie left and right so much, that at the end he just asked quizzically: “What sports did you say you played?”Report

In stark shameful contrast to Gettier’s brilliance are the millions who now hold that justified true knowledge does not entail belief.

He will always be an icon of what great philosophy can accomplish in terse powerful prose.Report

There’s an obit in the Frankfurter Allgemeine Zeitung. It wasn’t very good, but it’s remarkable that it happened: https://www.faz.net/aktuell/feuilleton/was-das-argument-des-philosophen-gettier-besonders-macht-17293510.htmlReport

Thanks for that statistic, yes indeed if you go by citations per word of the paper there is no match, not even Plato’s RepublicReport