Fabrizio Mondadori, professor emeritus of philosophy at the University of Wisconsin, Milwaukee, died earlier this month. 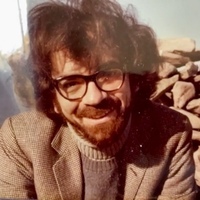 Professor Mondadori worked in metaphysics and the history of philosophy (late medieval and modern). His research is described in an obituary at the UW-Milwaukee website written by his colleagues:

Fabrizio’s research trajectory began in contemporary metaphysics and philosophy of language.  His Italian translation of Quine’s Word and Object was published as Parola e oggetto (1970) while he was still a graduate student.  His PhD thesis (1972) dealt with modal semantics and determinate names.  “Available Properties” (1986) and his ground-breaking Philosophical Review paper (co-authored with Adam Morton, also regrettably recently deceased), “Modal Realism: The Poisoned Pawn” (1976), are very much papers in contemporary philosophy.  His work then gradually turned to historical excavation of the roots of modal metaphysics, first in the work of Leibniz – with several important papers in Studia Leibnitiana on essentialism, superessentialism, and compossibility from the mid-1970s onward – and later in the work of Duns Scotus, which increasingly occupied Fabrizio’s scholarly attention from 2000 on and which led to another set of important papers in medieval philosophy, most notably “The Independence of the Possible According to Scotus”, which appeared in the 2005 proceedings of the septcentennial Scotus conference, Duns Scot à Paris 1302-2002.  After his retirement in 2014, he continued to publish papers and to work on a book manuscript on Duns Scotus.

You can learn more about his writings here.

By the time I arrived at UWM, Fabrizio was semi/mostly retired and yet he had a really outsized influence on me for how much I interacted with him. I was lucky enough to take the one course he taught while I was there, on ancient skepticism, and the match between man and material couldn’t have been better. But more than that, he presented a figure who was able to let his work follow what he found interesting, and indeed fiercely insisted on that, which was an immensely valuable counterpoint to the careerism that’s necessarily part of trying to “git gud” enough to break through into a PhD program. (Not that the other faculty at UWM were careerist! All were lovely.) Tantalizing bits of Fabrizio’s personal life – his background in Italy, his journeys around the world, his time with the Beat poets – was spoken of mostly in hushed rumor between the grad students but painted a picture of a man who had lived the kind of “life of the mind” I thought I was signing up for. His lessons in the classroom on suspending judgment and outside it simply by being who he was were both unique and wonderful, and his colleagues and students are poorer for his loss.Report

Some pictures of Fabrizio with his colleagues and students have been added to the UWM obituary.Report

The UWM obituary has been updated with some pictures of Fabrizio with his former colleagues and students.Report

I’m extremely sorry to hear about this. Fabrizio exerted a massive influence on me when I was at UWM. I house-sat for him one summer. The house came with a cat (Anatoly) who spent 4 days glaring at me from beneath the sofa until eventually deciding I wasn’t so bad and suddenly came out, hopped up into my lap, and went to sleep.

In those days, before smoking bans, Fabrizio used to fit unfiltered cigarettes into a holder and smoke during class. When bees would fly into the classroom, he would say he was sure it was a killer bee.

He gave by far the hardest final exam in one of his classes I ever took. I was sure I had failed, but he graded generously and I was surprised to emerge with an ‘A’ in the class.

Often, the more he explained something, the less I understood it — not because of any defect in his explanation, but rather because he would expose layers I had not previously appreciated.

I remember him very fondly.Report

I was Fabrizio’s student as an undergraduate and as a graduate student. He was truly inimitable: a singular combination of genius, goofiness, tenderness, humor, and seriousness that could shift from fearsome, chess-master intensity to absurdist humor in a heartbeat. One story: he had written an article having to do with necessitarianism and was mailing it off to the editor. I sat in his office as he laboriously, with painstaking attention, folded the manuscript, slid it into the envelope, addressed it, etc. The whole process took at least ten minutes (one whole cigarette) before the envelope was ready to mail. “There,” he said finally. “You have just witnessed putting off the inevitable.”Report