The Journal of the History of Philosophy has announced that the winner of its 2020 Best Article Prize is Jari Kaukua, professor of philosophy at the University of Jyväskylä. 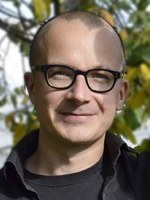 Professor Kaukua won the prize for his article, “Avicenna’s Outsourced Rationalism“, which was published this past April in issue 2 of volume 58 of the journal. Here’s the abstract of the article:

This paper refutes the claim that Avicenna’s theory of science is empiricist in the robust, Lockean sense. I argue that his denial of innatism notwithstanding, the theory of formal identity, together with the metaphysical idea that the ontological structure of the sublunary world is grounded in the active intellect, commits Avicenna to a peculiar kind of rationalism in which the ultimate source of knowledge is an intellect, albeit one extraneous to the human mind. I then introduce two hitherto insufficiently discussed texts to challenge this conclusion. In the end, I claim that although this new material may provide some evidence for a robust empiricism in Avicenna, its consequences remained uncharted by him, and that some of his theological adversaries put forth a more radical kind of empiricism.