At the end of last month I posted a survey about when academic philosophers would be willing and able to resume travel for work. Here are the results. 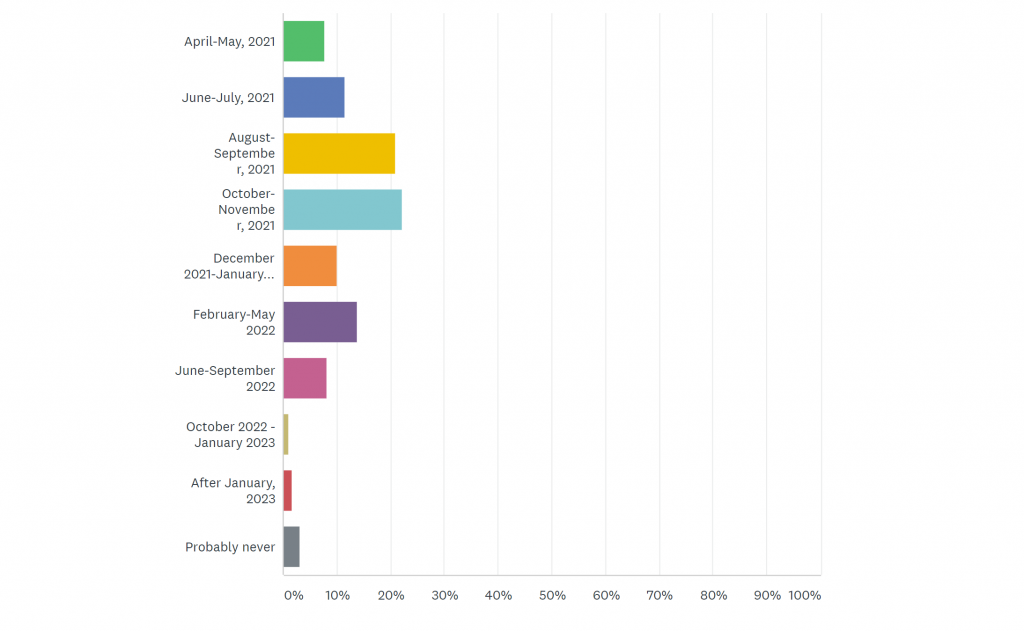 The most popular response was this October or November (22.18%), followed closely by this August or September (20.86%). Dropping down a bit, in third was February-May, 2022 (13.72%) and in fourth, this coming June or July (11.47%). (There were 532 responses in total; less than I expected, but perhaps the speculative nature of the question and the lack of an “I have no idea” response discouraged some people from answering).

The original posting of the poll and discussion of it is here.