Efforts to remove a statue of Cecil Rhodes from Oxford University owing to his white supremacist views gained momentum over the past year but the statue may be saved—with the help of philosopher Alain LeRoy Locke. 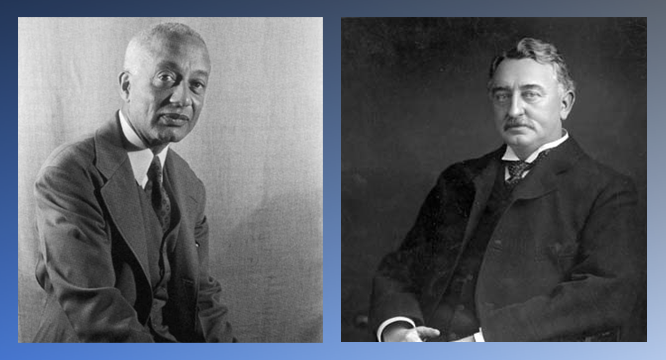 The “Rhodes Must Fall” effort began at the University of Cape Town in South Africa in 2015 and subsequently developed at several universities around the world, including Oxford.

Facing resistance to the removal of Rhodes’ statue by some within Oxford University, as well as the possibility of new laws that may make it difficult to remove historical statues, the group tasked with studying Rhodes and settling the status of his statue is reported to be considering an alternative to its removal, namely, the commission of a statue of Alain Locke to be placed near the one of Rhodes.

Why Locke? It’s not just that he is known as “the Father of the Harlem Renaissance” or that he wrote, among other things, about philosophy, race, and culture. According to The Daily Mail, “he was denied entry to several Oxford colleges because of racial prejudice.” Eventually he was admitted to Hertford College—on a Rhodes Scholarship. The scholarships had been created just five years earlier, in 1902, at the direction of Rhodes’ will.

Those who favor a “more speech” response to the expression of highly objectionable views might see the proposal of an additional statue as an analogously welcome move. Others may not, such as an anonymous Oxford academic who told The Daily Mail that in regard to the removal of Rhodes’ statue, “Oxford has followed due process and it will not be stopped from doing this.”

“More speech” may sound good, but is there in fact anyone who would want to argue in favour of honouring Rhodes with a statue? It may be my European perspective, but it seems to me that Rhodes was just a racist imperialist, and a pretty vulgar one at that. Why on earth would Oxford want to honour this guy?Report

I don’t think anyone is making a case that Rhodes deserves to be honored. I take it that the issue is whether the statue should be allowed to remain as a historical monument.Report

There are instances where historical memory would be well served by the preservation of an odious monument. It isn’t clear to me that this is one of them. Rhodes was an Oxford undergraduate, but as far as I know he contributed nothing other than money (from De Beers, which is itself a company with a horrible history) to the University. The statue itself (as opposed to the man) is a part of the history of Oxford University, but only in the sense that every stone and every fence in the centre of the city is–the kind of thing that gets razed or rearranged when needed. Certainly, it’s quite undistinguished as a work of art, at least to my admittedly undiscerning eye. You could praise Rhodes very faintly by saying that his racism was somewhat checked by legalities–he suppressed the Black vote and advocated for its abolition, but he didn’t actually disenfranchise Blacks. Another very faint praise would be to say that he was far less vicious than somebody like Leopold II of Belgium. But he was an extreme (and an extremely silly) white-supremacist and preserving his statue would have no effect other than to prolong the memory of someone who was pretty horrible, but eminently forgettable (and would have been forgotten, except for his bequest to Oxford University). I’d save “more speech” for people like Leopold who ought to be remembered as one of the truly terrible people of all time.Report