Canadian legislators will be deliberating over Bill C-7 over the next few days. The bill would expand existing legislation regarding medical assistance in dying (“MAID”) to make it easier for people with disabilities to request and obtain MAID, and philosophers are weighing in on the discussion. 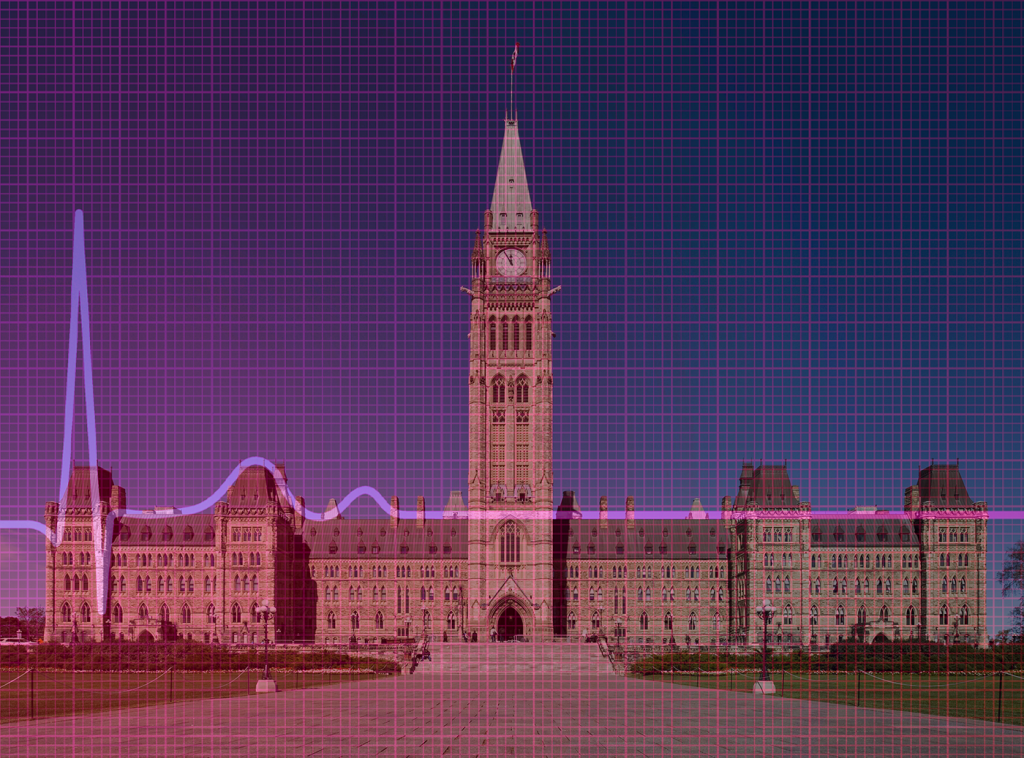 Medically-assisted suicide has been legal in Canada since 2016. Among the procedures and safeguards in place in current Canadian law is that in order for a patient to be granted MAID their “natural” death must be “reasonably foreseeable” given their medical circumstances. In 2019 a judge ruled this particular condition violated Canadians’ rights. The current legislation amends the law in response to this ruling. It distinguishes between requests made under circumstances in which natural death is foreseeable and circumstances in which it is not, and sets forth requirements for granting MAID in each.

Here’s a summary of the changes the bill, if passed, would bring:

There is a worry among some philosophers and disability advocates that the elimination of the “foreseeable natural death” requirement will lead to circumstances under which pressure is put on the disabled to seek MAID and that people will come to further devalue the interests and welfare of the disabled.

In her letter to the Canadian Senate Standing Committee on Legal and Constitutional Affairs, Shelley Tremain suggests that commentary on the legislation has been dominated by bioethicists and philosophers with insufficient expertise in disability issues:

I implore the Standing Senate Committee on Legal and Constitutional Affairs to expand the scope of the field of scholars and other interested parties from which it gathers views on the expansion of MAID. The current body of bioethicists and philosophers who have hitherto represented themselves as the professional and disciplinary experts on the subject for legislative purposes on the issue have little background knowledge on the social epistemology of disability and are not recognized as experts in philosophy of disability by practitioners in this subfield of philosophy. In short, they should not be regarded as authorities on the current social situation of disabled people and what is required to improve it.

In their letter, philosophers Rob Wilson (Western Australia) and Matthew Barker (Concordia University) tout their “distance from the professional community of bioethicists” and write that

In a peer-reviewed article “Well-being, Disability, and Choosing Children” published in the leading philosophy journal Mind in 2019, we expressed concern about the effects of mistaken assumptions in the general non-disabled population and amongst bioethicists about the relationship between quality of life and disability in the context of decisions about the creation of a family.  Simply put, the basic, widespread assumption is that having a disability leads to a lower quality of life.  That assumption is false, however, and problematically leads both policy makers and individual citizens to make decisions that devalue the lives of people with disabilities, sometimes with lethal consequences at the start of life.

We share precisely this concern about Bill C-7 and disability in the context of decisions about the end of life.  Here we concur with a wide range of Canadian disability advocacy organisations that passage of the Bill will have detrimental and dehumanising effects on the lives of vulnerable people living with disability and will problematically expand the reach of MAID.  Although we also share concerns about the Bill’s limitations in the provisions for safeguards in life-ending decisions, we believe that the flaws in Bill C-7 run deeper than that.

You can read the full text of their letter here.

On the other side of the debate are those, such as Jocelyn Downie (Dalhousie),  who believe that the importance of people being able to choose when to end their lives speaks in favor of passing the bill, and for not enforcing the “foreseeable natural death” requirement in the meanwhile (see here, for example).

Udo Schüklenk (Queens), a supporter of the legislation, notes that “mentally ill” does not imply “decisionally incapable.” Since “the intensity of suffering in severe mental illness can be as terrible as that of the most severe physical conditions,” we have a strong reason to allow the decisionally capable mentally ill who are suffering to decide whether to continue doing so. “Who else could possibly make that judgment, surely not others who do not actually experience the suffering?”

Links to other writings by philosophers or bioethicists on Bill C-7 welcome.

Giving everyone the option to die will make continuing to live a choice. Of course it will put pressure on the people who may be regarded by others as “burdens” to take up the offer. Can they justify their continued existence? Might we one day simply expect people who are “inconvenient” or who have degenerative diseases to do this? These are disastrous cultural implications, whatever one’s views are concerning the morality of euthanasia.Report

I’d like to point out to readers/listeners of this thread that an important online panel discussion about Bill C-7 will take place this evening from 6-8 EST. The panel, entitled “Death By Coercion,” will focus especially on the impact that the proposed legislation, if passed, will have on Black, Indigenous, poor and other marginalized disabled Canadians.

You can register for the event here: https://www.eventbrite.ca/e/impacts-of-changes-to-maid-on-black-indigenous-queer-and-poor-communities-tickets-137304333959 (I may subsequently write a longer response to this post, but I wanted first to draw attention to this event before registration for it closes.)Report

Justin, in this post, you state: “There is a worry among some philosophers and disability advocates that the elimination of the “foreseeable natural death” requirement will lead to circumstances under which pressure is put on the disabled to seek MAID and that people will come to further devalue the interests and welfare of the disabled.”

This causal explanation of the grave concern that we have inverts our understanding of it and how we represent it. As I have shown in a number of posts at BIOPOLITICAL PHILOSOPHY over the past year, we maintain that the dire social circumstances (e.g., unemployment, poverty, few social resources, lack of accessible housing, lack of community care services, etc.) in which most disabled Canadians live lead many of them to seek MAiD. Truchon and other disabled people who have accessed MAiD have explicitly indicated that their “choices” were constrained by their social circumstances, that is, they felt compelled to “choose” MAiD because they couldn’t get adequate care in the community, were forced to live in institutions, etc. The current state of affairs will be exacerbated with the passing of Bill C-7.Report

The current legislative draft arbitrarily excludes decisionally capable people with mental health issues along these lines: ‘mental illness would not be considered an illness, disease or disability for the purpose of’ the legislation. I did argue that the current legislation is unconstitutional in the Globe and Mail piece you linked to. The courts agreed and there we are with Bill c7. If it passes it will be an improvement over the current state of affairs, but it’s not compliant with the Carter SCC judgment. To remove writ large the agency of Canadians vis a vis MAiD choices by slapping the label ‘mental health issue’ on them is arbitrary and unfairly discriminatory. The Canadian Psychiatric Association rightly noted the stigmatising effect of this strategic move. While I think it’s better than what we have currently, the next round of lawsuits is inevitable until legislation is brought in line with the Carter criteria.Report

Some impressive testimonial and expert evidence from five people speaking against Bill C-7 at the end of the first day in the Canadian Senate hearing. I found Marchand especially powerful.
https://senparlvu.parl.gc.ca/Harmony/en/PowerBrowser/PowerBrowserV2/20210201/-1/9949?mediaStartTime=20210201170342&mediaEndTime=20210201175915

Time stamps, (at minutes past 17.00 on the recording) if anyone wants to find the start of any specific person’s testimony:

Taking a cue from Rob Wilson’s comment, I am copying the link to the YouTube video of the “Death By Coercion” webinar that I mention in a comment above. The webinar focused especially on the impacts of MAiD and Bill C-7 in particular on Black, Indigenous, poor, queer, and other marginalized disabled Canadians.

Among the topics that the participants highlighted were these: ableism, racism, classism, and transphobia in Canadian society, the medical profession, and legislation; medical bias; the history of eugenics in Canada; the ableist, racist, and eugenic assumptions embedded in bioethical theory; and the systemic lack of supports with respect to housing, accessibility, and health care in Canada.

Here is the link to the video of “Death By Coercion”: https://www.youtube.com/watch?v=AZYPLoWVRlQ&feature=emb_titleReport

To read/listen to the U.N. letter, please go here: https://spcommreports.ohchr.org/TMResultsBase/DownLoadPublicCommunicationFile?gId=26002

If you are in Canada, please call your Senator and MP today and tell them to reject Bill C-7. The bill will likely pass in the Senate with amendments on which MPs will vote next week. So, it is crucial to contact both Senators and MPs today.Report

As a disabled philosopher of disability, one of the most (though certainly not the most) frustrating aspects of the recent discussions and debates about MAiD and Bill C-7 that have ensued in the Canadian Senate, on Daily Nous and other blogs, on Facebook, and on Twitter is the way that disability and mental illness have been naturalized in these discussions and debates, including by philosophers who have made a variety of interventions in various venues.

These interventions by Senators and philosophers (among others), including by feminist philosophers, have relied upon outdated and uninformed ideas about the ontology of disability and the cluster of notions that surround it, about the discursive constitution of this ontology and the notions that surround it (including the discursive construction of the notion of suffering), and about their politically potent character, ignoring the cutting-edge work that I and other philosophers and theorists of disability have produced for at least the last decade and venerating the argumentative claims of the (predominantly nondisabled, white, male) bioethicists who continue to shape philosophy in Canada.

I am therefore pleased that BIOPOLITICAL PHILOSOPHY can now help to “blow the whistle” on some of the naturalizing, depoliticizing, and individualizing claims and assumptions advanced in the discussions and debates that have taken place in the Canadian Senate and elsewhere.

To read/listen to the entire post at BIOPOLITICAL PHILOSOPHY, go here: https://biopoliticalphilosophy.com/2021/02/19/blowing-the-whistle-on-maid-bill-c-7-and-the-naturalization-of-disability-and-mental-illness/Report

It's not really a reference to Epicurus. It just means 'heretic' in the rabbinic literature.

Nothing in Justin Kalef's original remarks implies an affirmative answer to your question. You're not as smart as you seem to think you are, and

WRE on In Defense of the Details (guest post)

As a younger philosopher, I'd like to concur with some of the other comments that the decision to do narrow rather than general work is […]

Yeah. Honestly my main objection to this is how American passive aggression has been exported to Europe.

Can anyone explain the rabbi's reference to Epicurus?

Would you prefer that the ridiculousness of the suggestion be overlooked? If so, you're not like me: I prefer to root out nonsense.

I'd you delve into the details, you can control for number of Co-authors and also check secondary fields. My guess is that eg Foucault will […]

That is what the letter cites, but of course the letter is just making that stuff up. Itzik Melamed has devoted his life to Torah […]

"So in order to continue to forbid the texts that they themselves are forbidden from reading, they should read the forbidden texts?" Groan.

I don't think Rudolf Carnap was ever at Michigan State University.

"If your organization does that because of a centuries-old decision to forbid the reading of books that no members have read in living memory, then […]