The Board of Trustees of the University of Dallas, a Catholic university in Texas, has announced that philosopher Jonathan J. Sanford will be the school’s next president. 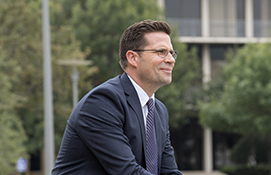 Sanford will begin his term as president in July.