As a “fun Friday afternoon project,” Maximillian Noichl created a visualization of “the network of academic-philosophy-Twitter.” 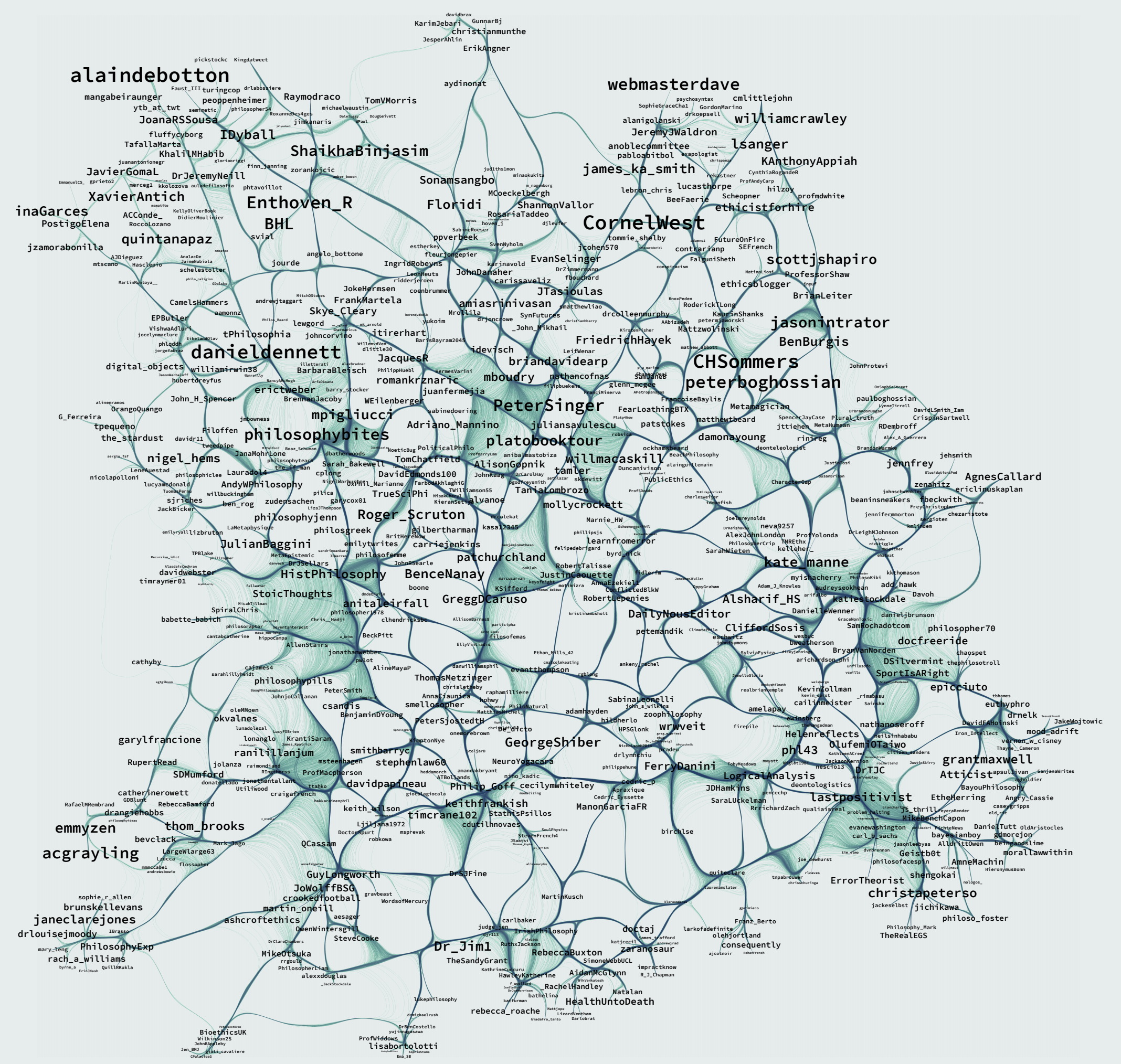 Noichl (@MaxNoichl), whose work has been featured here before, prompted by a query on Twitter from Helen De Cruz (@Helenreflects), based his visualization on the philosophy Twitter lists of Kelly Truelove (@truesciphi).

The image includes 791 philosopher accounts, each with at least 1,000 followers. “The philosophers are arranged by the similarity between the lists of accounts which they mention or retweet on their timeline, based on a sample of altogether 2,004,543 tweets,” Noichl says.

What does this visualization tell us? Noichl writes:

Accounts that are placed close together can be expected to share similar material, and I think we arrive at some meaningful clustering. Accounts that retweet each other are linked via edges, and the larger bundles of edges hint at the intensity of interaction between the corresponding clusters.

Here’s a slightly zoomed-in shot of part of it (you can click on the image to enlarge it): 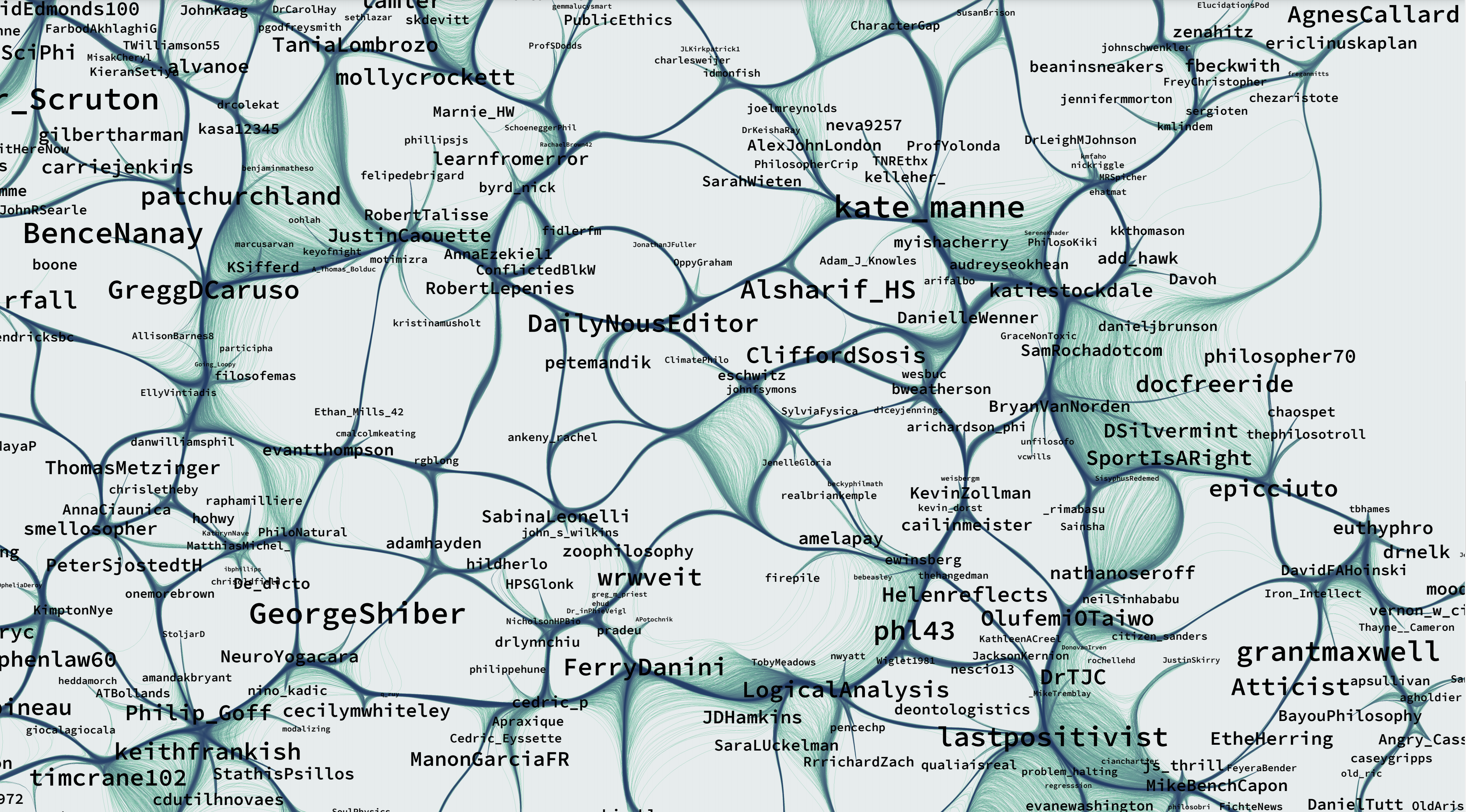 At Noichl’s site, the image is a PDF that you can zoom in on and text-search to find specific accounts.

The twitter account @truesciphi does some really great work in figuring out different ways to gauge influence in a field. It’s not just followers. They do it for other fields as well. If you haven’t looked at them yet, it’s well worth it!Report