The 2020 Journal of the History of Philosophy (JHP) Book Prize, for books published in 2019, has been awarded to Sanford Shieh, professor of philosophy at Wesleyan University.

Here’s a description of the book from the publisher:

A long tradition, going back to Aristotle, conceives of logic in terms of necessity and possibility: a deductive argument is correct if it is not possible for the conclusion to be false when the premises are true. A relatively unknown feature of the analytic tradition in philosophy is that, at its very inception, this venerable conception of the relation between logic and necessity and possibility—the concepts of modality—was put into question. The founders of analytic philosophy, Gottlob Frege and Bertrand Russell, held that these concepts are empty: there are no genuine distinctions among the necessary, the possible, and the actual. In this book, the first of two volumes, Sanford Shieh investigates the grounds of this position and its consequences for Frege’s and Russell’s conceptions of logic. The grounds lie in doctrines on truth, thought, and knowledge, as well as on the relation between mind and reality, that are central to the philosophies of Frege and Russell, and are of enduring philosophical interest. The upshot of this opposition to modality is that logic is fundamental, and, to be coherent, modal concepts would have to be reconstructed in logical terms. This rejection of modality in early analytic philosophy remains of contemporary significance, though the coherence of modal concepts is rarely questioned nowadays because it is generally assumed that suspicion of modality derives from logical positivism, which has not survived philosophical scrutiny. The anti-modal arguments of Frege and Russell, however, have nothing to do with positivism and remain a challenge to the contemporary acceptance of modal notions.

You can read a review of Necessity Lost at Notre Dame Philosophical Reviews and at the journal, History and Philosophy of Logic (paywalled). 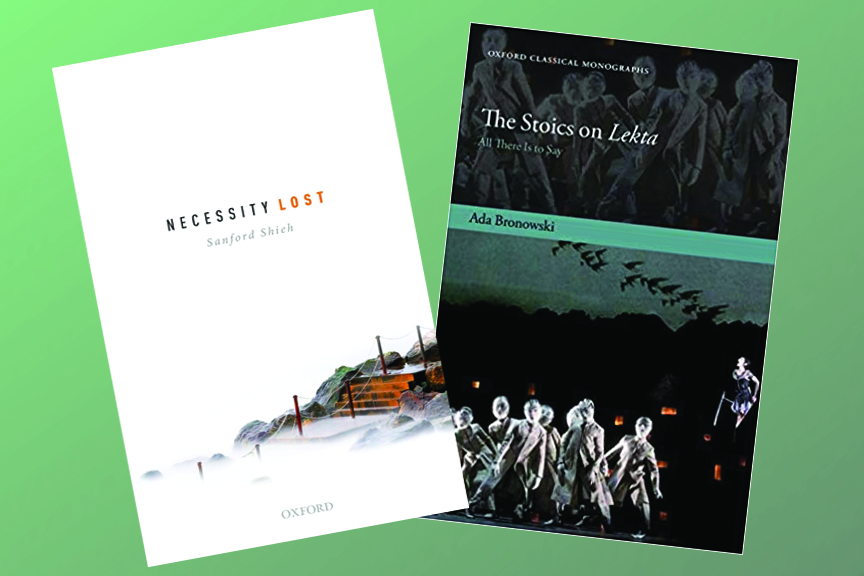 Honorable Mention for the award goes to Ada Bronowski, lecturer in philosophy at the New College of Humanities, London, for her book, The Stoics on Lekta: All There Is to Say (Oxford University Press, 2019), which, according to JHP Book Review Editor Jean-Luc Solère (Boston College), “came in as a very close second.” Here’s the publisher’s description of Dr. Bonowski’s book:

After Plato’s Forms, and Aristotle’s substances, the Stoics posited the fundamental reality of lekta—the meanings of sentences, distinct from the sentences themselves. This is the first time in the tradition of Western philosophy that what is signified is properly distinguished from signs and signifiers. The Stoics on Lekta offers a synoptic treatment of the many implications of this distinction, which grants an existential autonomy to lekta: language can only ever express meanings, but what happens to meanings which are there, ready to be said, but which are never actually expressed? It analyses the deep shift in ontological paradigm required by the presence of lekta in reality, and reveals a truly unique, complex, and consistent cosmic view in which lekta are the keystones of the structure of reality. According to this view, we cannot not speak or think in terms of lekta, and for this reason, they are in fact all there is to say. The Stoics’ position ignited many fiery debates in antiquity and continues to do so in the modern era: they were the first to be concerned with questions about language and grammar, and the first to put the relation of language to reality at the heart of the enquiry into human understanding and the place of man in the cosmos. Such questions remain central to life and philosophy to this day, and by explicitly comparing and contrasting the themes and topics discussed to twentieth-century treatments of the status of the proposition, propositional structure, speech act theory, and the relation of attribution of the predicate to a subject-term, this volume seeks to demonstrate the enduring value of a direct Stoic contribution to the contemporary debate.

The JHP review of The Stoics on Lekta is here (paywalled).