Rudolph Weingartner, professor emeritus of philosophy at the University of Pittsburgh, has died. 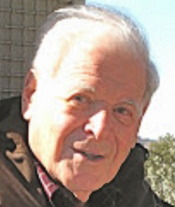 Dr. Weingartner’s research was in the history of philosophy (especially ancient) and the philosophy of history. Having also served as a dean and provost, he also wrote on matters pertaining to higher education. You can learn more about his research here.

Dr. Weingartner was Provost of the University of Pittsburgh from 1987 – 1989. Before arriving at Pitt, he was Dean of the College of Arts and Sciences at Northwestern University. Prior to that, he was professor and philosophy department chair at Vassar College and, before then, he held those positions at San Francisco State College. He earned his Ph.D. in philosophy from Columbia University.

From 2013-2018, Dr. Weingartner kept a blog at which he wrote about his life, work, and interests, which you can read here.