In 2009, the PhilPapers team—David Bourget of the University of Western Ontario and David Chalmers of New York University—conducted a survey of the views of professional philosophers in the English-speaking world. How have those views changed in the past 11 years?

That’s one thing we’ll learn from the 2020 PhilPapers Survey, which was launched on Thursday.

We’ll learn more than just that, though, as the survey has some new questions. The original survey had 30 questions about philosophy. The new version has those plus 70 more. Respondents will initially be asked to answer 50 of the questions (the original 30 and an additional 20); when they’re completed, they’ll have the option of answering the other 50.

“The aim of the survey is to discover information about the distribution of philosophical views among professional philosophers and others, and to make longitudinal comparisons with the 2009 survey for research purposes… The philosophical questions range across many areas of Western philosophy. Most of the questions are drawn from the analytic or Anglocentric philosophical tradition, though there are also a number of more general questions,” the authors write in the introduction to the survey. The survey also asks for some demographic information from respondents.

In addition to more questions, the new survey has a new answer option: “Evaluate multiple options (e.g., accept more than one, reject all)”. Respondents can also submit written comments on the questions. 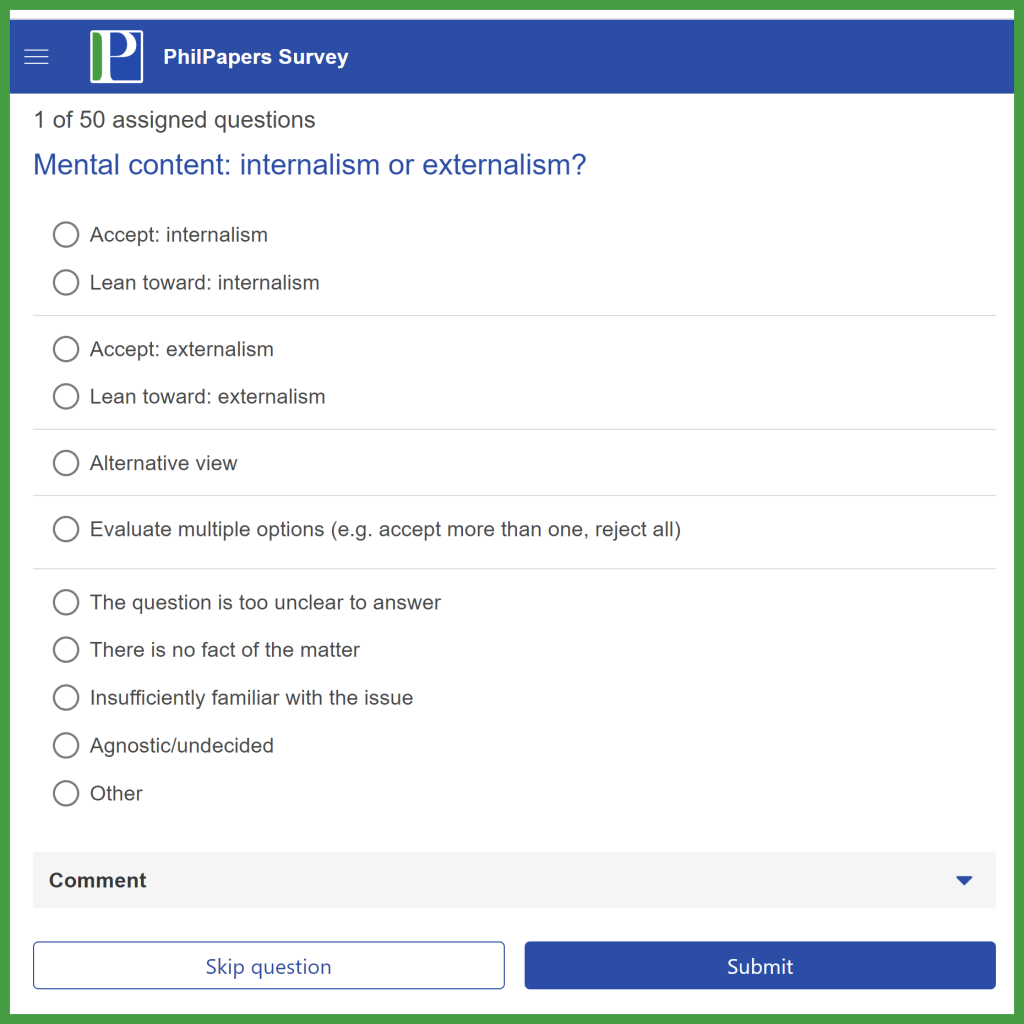 Invitations to partake in the survey are being distributed by email to the “target group” of 8,000 professional philosophers in Australia, Canada, Ireland, New Zealand, the United Kingdom, and the United States, as well as some faculty members who publish in English in selected departments in other countries. Others are permitted to take the survey and can do so here (you’ll need to log in or create a PhilPeople account).

Professors Bourget and Chalmers plan on running the survey for approximately two weeks, and are aiming to share the results sometime in November.