Giacomo Melis, a postdoctoral research fellow in philosophy at the University of Stirling, has won funding of just over £1 million (approximately $1.29 million) for his project, Agency, Rationality, and Epistemic Defeat. 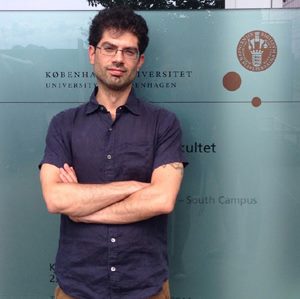 The funding is in the form of a UK Research and Innovation (UKRI) Future Leaders Fellowship, a government grant program “designed to establish the careers of world-class research and innovation leaders across the UK.”

The program awarded 101 fellowships in this round. Dr. Melis was the only philosopher to win one.

Dr. Melis’ project has, according to a press release, two broad goals: “to develop a theory of rational belief-revision that applies to the various agents discussed in philosophy and cognitive science (thereby developing a common framework for these disciplines); and to design and run new cognitive tests on some presumed unreflective agents (pre-verbal children, pigs, and dogs) aimed at assessing whether they may be capable of some form of reflective thinking.” The project takes an interdisciplinary approach to its subject matter, bringing together analytic epistemology, cognitive developmental psychology, and cognitive ethology, and will involve not just research but also several public-facing lectures and events.